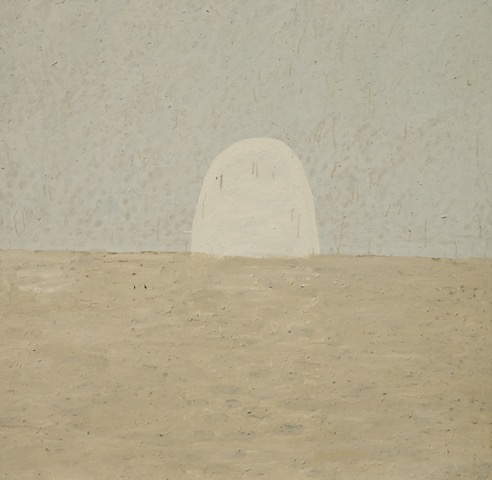 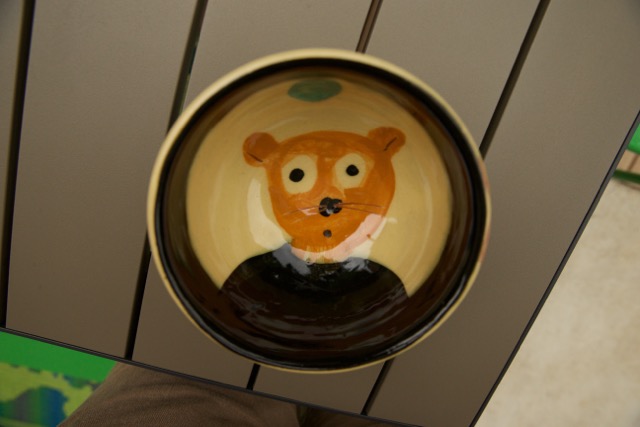 'Among animals. we find surprising cases of altruistic adoption among different species, like the female dog in Buenos Aires that became famous for having saved an abandoned human baby by placing him among her pups. Similarly, in a striking documentary, we see a leopard chase and kill a mother baboon. Before dying, the baboon gives birth. At the sight of the newborn, the stunned leopard hesitates for a second, then changes its attitude: he treats the little baboon gently and, when other predators approach, takes him delicately in his jaws and places him safely on a tree branch. The baby baboon, frightened at first, tries to climb higher, is caught by the leopard, and then exhausted lies motionless between the paws of the leopard, which begins to lick and groom him. The two fall asleep leaning against each other. Its finally the cold of night that takes the life of the baby baboon.'

from Altruism by Matthieu Ricard 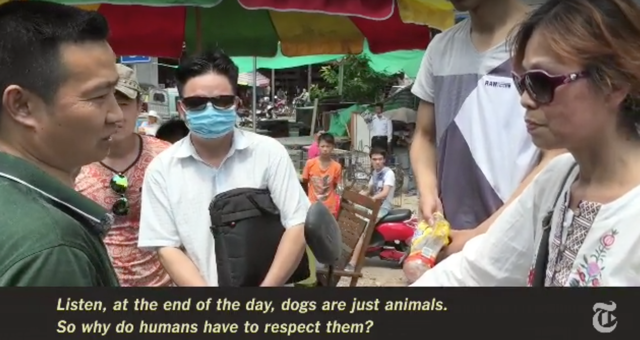 In China an animal activist rallies to save dogs which are caged and boiled for human food. I applaud her (the woman in the video on the right) for her efforts. And although I don't eat meat or chicken now since 1980 I see that what one culture eats may be abhorrent to another. What I find interesting is how humans see the animal world as somehow inferior. This is the problem with Humanity, and it is why we are at war with every other species on earth, plants, animals and fish. Sadly, then we are at war with ourselves. 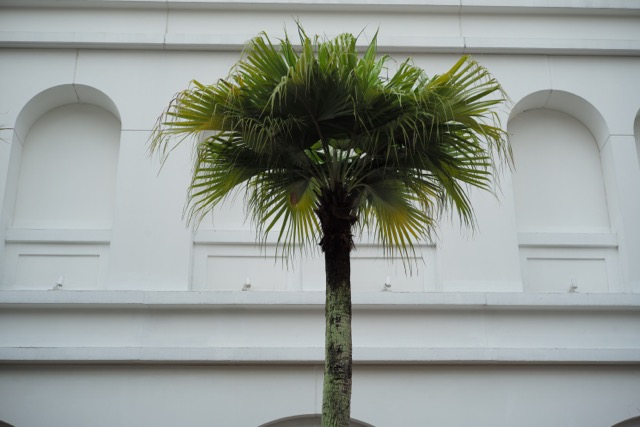 Not knowing the tree
will be felled  - birds
build a nest 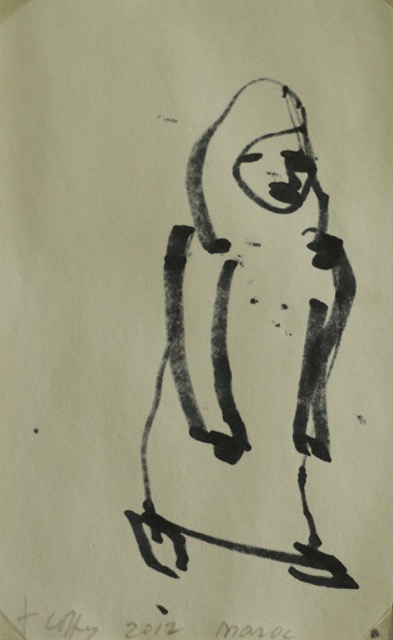 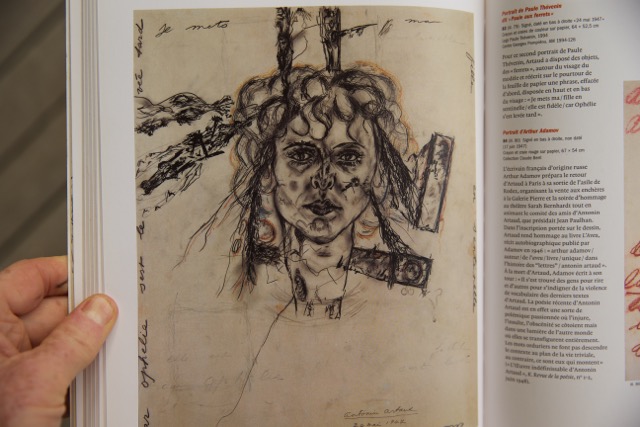 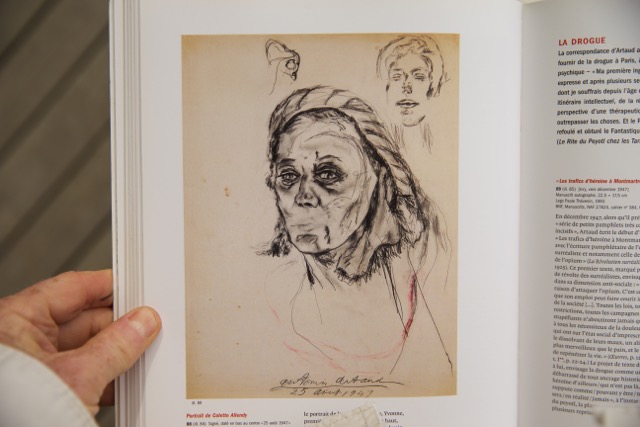 "Written poetry is worth reading once, and then should be destroyed. Let the dead poets make way for others."

Well, well,, now Monsieur Artaud I beg to differ! But, I forget that you were an anarchist, bien sûr! I couldn't imagine a world today without the riches of the Past. How could we not but reach backwards into Time in order to know our present worth?

Tut, tut,,, Monsieur Artaud! And if your drawings were destroyed?? The world today would have nothing in its arsenal to combat the Disnification of contemporary culture.

As Keats wrote at the end of Ode to a Grecian Urn: 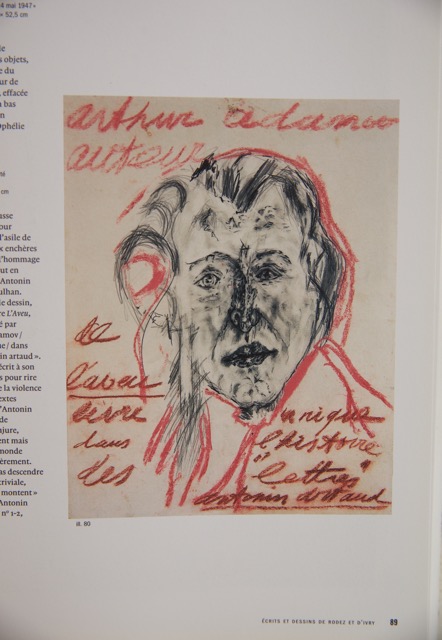 "No one has ever written, painted, sculpted, modelled, built, or invented except literally to get out of hell"

Although I am not personally completely convinced of this statement it is surely relevant to a lot of Art created over this brief history of mankind. It seems especially true for Artaud, perhaps Van Gogh as well as many many other tortured souls.

And what is hell anyway?
more to be revealed. 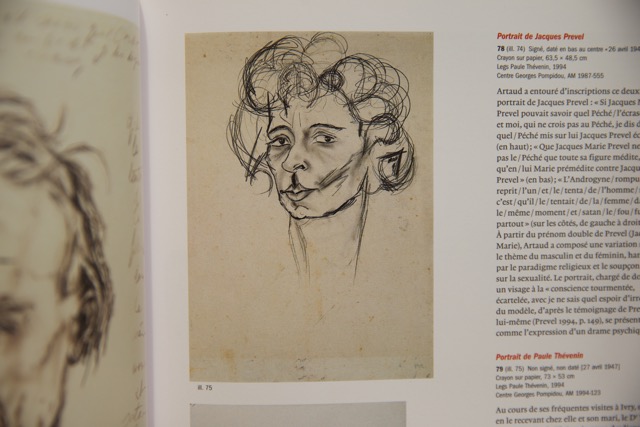 "I would like to write a book which would drive men mad, which would be like an open door leading them where they would never have consented to go, in short, a door that opens onto reality."

from his selected writings

Here is a great drawing by Antonin Artaud to start the day off with.

It reminds me of why I like to keep drawing.

Posted by cloudsandsea at 6.7.15 No comments: 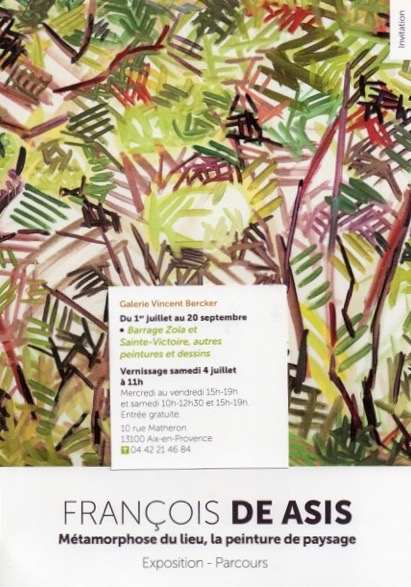 François, a mentor of mine, is having several exhibitions in his native Aix-en-Provence this summer. I regret not being able to get over for them, alas. (but maybe in September)

He was a student of Leo Marchutz, as I was back in the early 1970's when I first met François.

He, had of course known Leo back in the early 1960's I believe (or late fifties). I was the 'last wave'  of students to study with Leo on a daily basis before he died in January of 1976.

François's work is so very important, as he continues a line which he believes essential in the history of European painting. He works exclusively from 'the motif', that is to say outside in Nature (for him, the visible world). My feeling about his paintings is that essentially, they are done 'from Nature' in order to be signposts leading us (the viewers) back to Nature itself. And of course, he follows in the great tradition of landscape painting. He might see it differently, but nonetheless, he is a remarkable man. I hope 'les Aixois' give him the respect he is certainly due.

Nicholas Winton and Oskar Gröning, a tale of two men 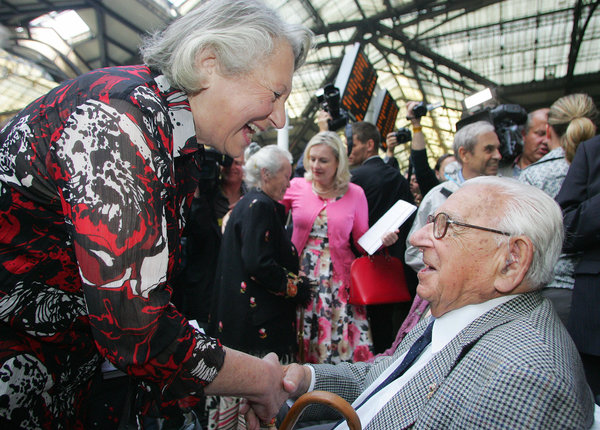 We are given one life to live, as far as many of us know. How do we live it? What do we do with this life so freely given to each of us?

Nicholas Winton saved Jewish children during the last war while their parents were sent to death in the gas chambers. He died the other day at 106. And look at the joy on his face in this photo of 2009 as he greets one woman saved by himself!

The photo below is of one Oskar Gröning, who is 94, and a former SS officer who worked at Auschwitz collecting valuables from prisoners on their way to their deaths. He was recently on trial for being an accessory to 300,000  counts of murder for his role at Auschwitz. Although he admitted his guilt before God it wasn't enough for many of the relatives of those put to death. What is quite remarkable is the difference between the two expressions; one of joy and one of fear.

For me, it might seem that some of us have moral bearings while others do not, and that some are just more attuned to that moral compass than others. Some might say people are just plain crazy whilst others evil. But many of us may be simply too lazy and weak at heart, unable to affront the machinery of violence and cruelty already set in motion around us. I do not make excuses but one can see it in today's world.

So the question begs: we have one life to live, how do we live it today, and what do we do to live it well? 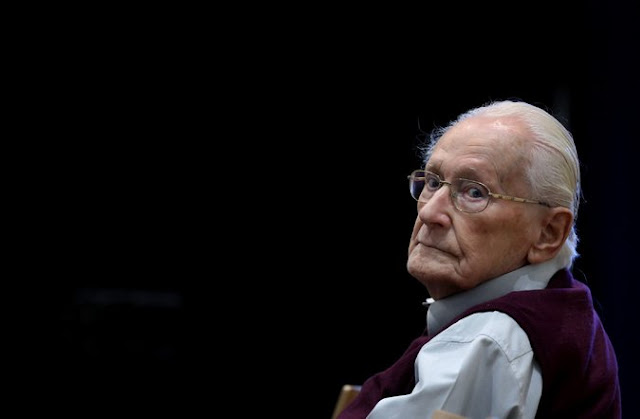 Posted by cloudsandsea at 2.7.15 No comments: 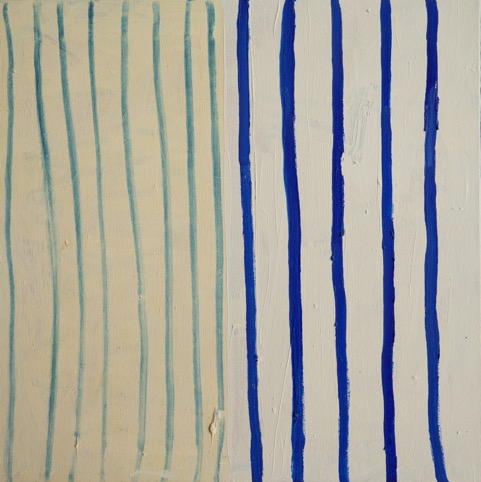 Alas,.. the passing of a truly fine American artist. He is someone I would have liked to have met and yet, I am aware that to meet such a man late in his life would have been less desirable than perhaps meeting him back in his paragraphs again, and again, and again. I understood he was a reserved man who didn't suffer the presence of fools, perhaps my intuition is correct, at least regarding my own person. Better for me to stick with his books.

Overall, he touched so few of us in fact, at least in the scheme of this large over-boiled world of twittered superficiality which reigns today. His ability (like which some painters possess) can gently disturb our inner contract we seem to have made with ourselves. He made me want to write, but more than that, he made me believe in the possibility of words, just like Joyce and Tolstoy. As a painter, how is it possible to express at an experience of pure feeling through abstract means?