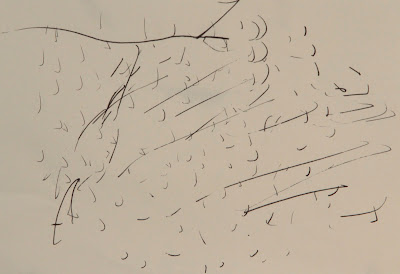 City rain.
Wouldn't it be happier
Landing on soft sand?

Life Drawing at The Book Club from Wriggles & Robins on Vimeo.
Posted by cloudsandsea at 27.3.13 No comments: 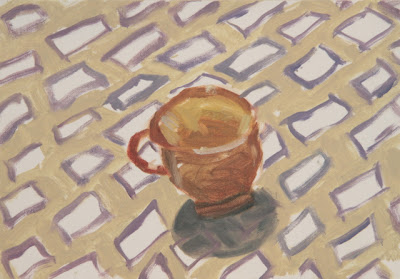 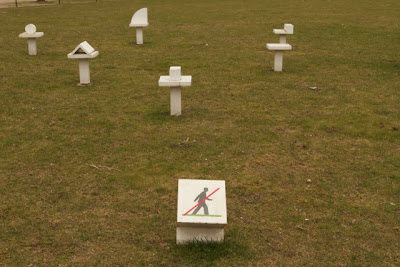 Each week I have been watching on SBS (Australia), a documentary by the formidable Ken Burns entitled The Dust Bowl. It is a very moving portrait of the Southern Plains during the 1930’s where people living there were doubly penalized by not just the Depression, but by the dust storms which plagued their lives for a decade. It is a side of American history which seemed to have circumvented my own life; it is the decade of Roosevelt and the New Deal. I am struck by the obvious disconnect with the history of my mother’s wealthy family who built a summer house in 1932 comprising over twenty five rooms overlooking the Atlantic ocean. Needless to say, this family was staunchly Republican, and I grew up under the shadow of this one sided thinking. My mother lived on a small island of wealth surrounded by an ocean of poverty.

Of course, it is a documentary of grand proportions which does not blame anyone except perhaps that all American quality which we know as Hubris.  We attacked the great plains with an unbridled passion for creating what we thought would be a life of plentitude by ripping out the grasslands which had protected the Plains for a millennium. Its the story of Boom and Bust which seems to propel the American spirit. Somehow, it made me think of George W. Bush and how he and his cohorts conned so much of the American populace into invading Irak just 10 years ago this week.

It may be too late to save us from our Hubris, but still, we live in interesting times.  Maybe, just maybe, through the freedom of the internet, knowledge and wisdom have a better chance of touching the younger generation among us. 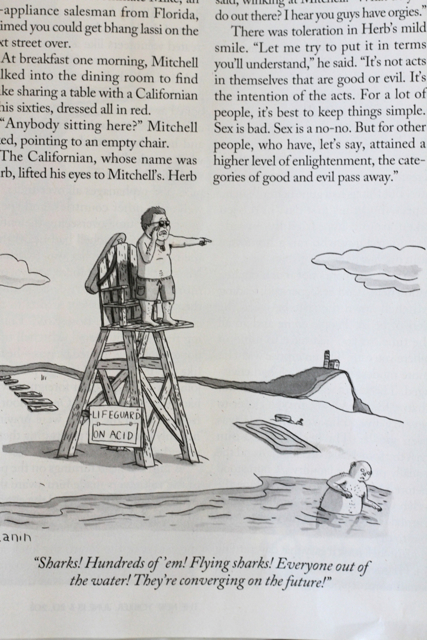 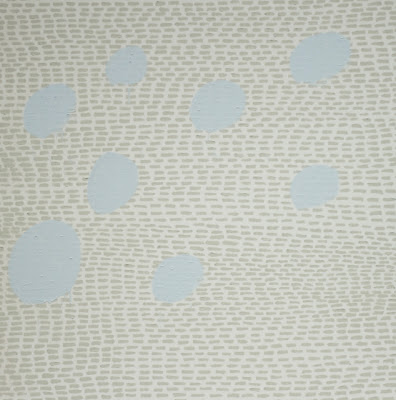 Without moving
An eagle goes up
Under the rain cloud.

From the New York Times last week I fell upon these really interesting drawings made by young school children in Staten Island. Back in November, 2012, a pony and a young zebra escaped from their owner's home and cavorted through the quiet streets of Staten Island. These were done in response to the event.
I find them fresh and original; revealing 'Beginner Mind' which many artists try to seek as adults later in life. Only a fortunate few manage to hang on to it through childhood and adolescence, for it seems to peel off us like bark from a tree as we become developed 'conceptualizers' and 'experts'. 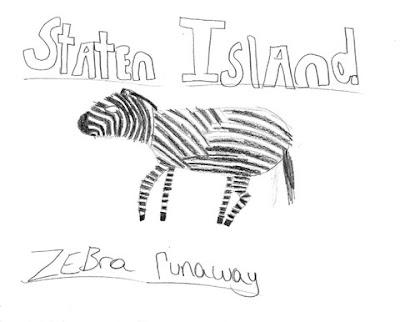 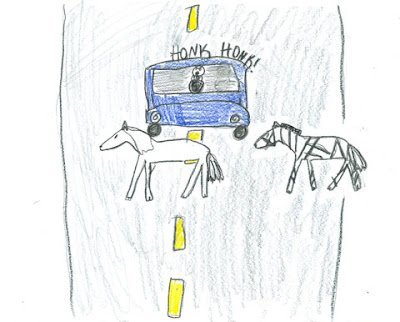 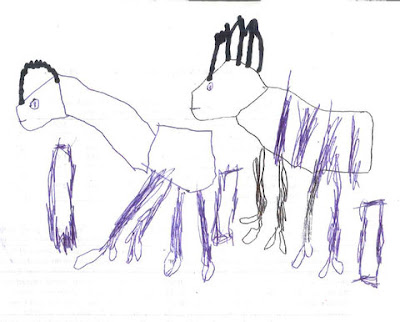 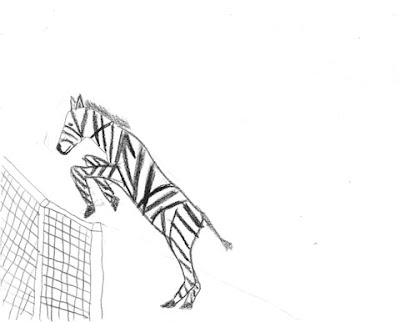 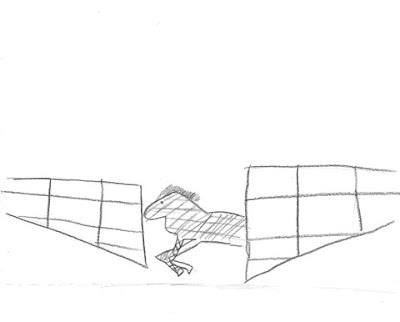 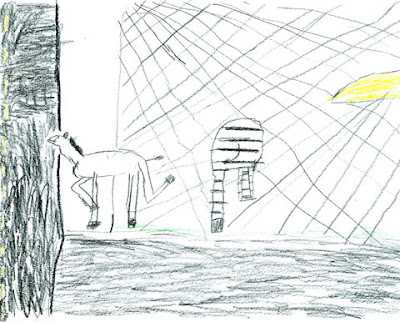 for those monday blues..ha ha dept.

Jazz that nobody asked for from Benny Box on Vimeo.
Posted by cloudsandsea at 10.3.13 No comments:

TXT ISLAND : animated shortfilm by chrisgavin from Chris Gavin on Vimeo.
Posted by cloudsandsea at 9.3.13 No comments: 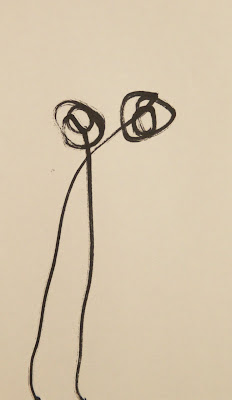 In the wind
They dance
Two dandelions. 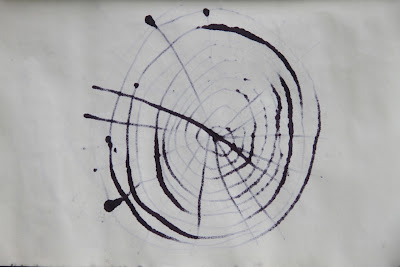 Hidden
From whom
Spider web?

story of my life 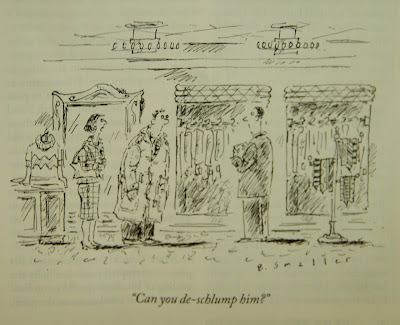 Posted by cloudsandsea at 7.3.13 No comments: 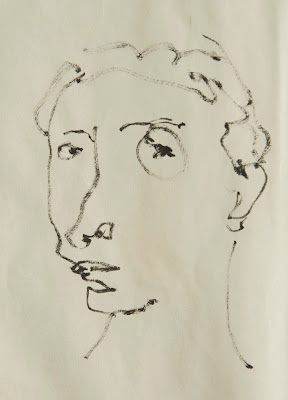 In a sad mood
You too!
Morning mirror. 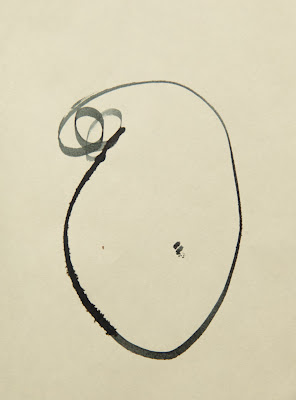 The sumo wrestler
Brought down
By kiss of a tick. 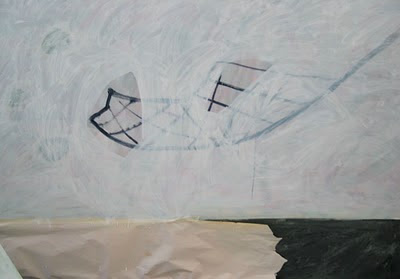 Tears of rain,
Lean on my wet shoulder
Dear clouds.

Posted by cloudsandsea at 3.3.13 No comments: