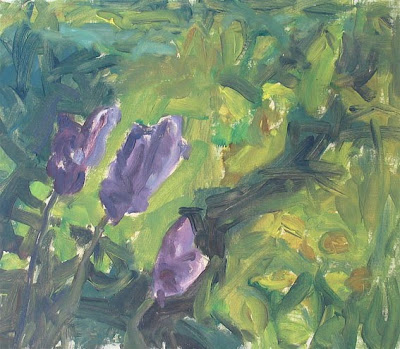 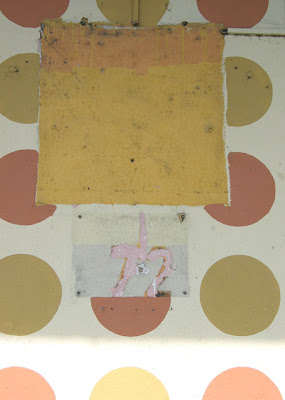 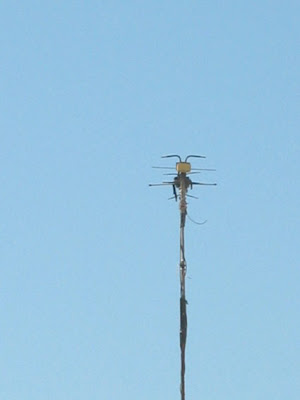 For the cricket song,
Turning down the radio
Under the new moon. 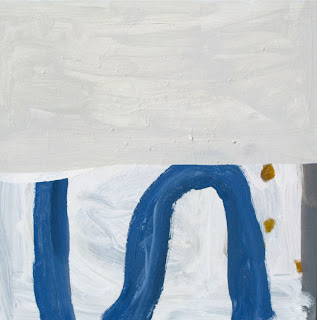 Without the cuckoo,
This morning's opera,
Messy cacophony. 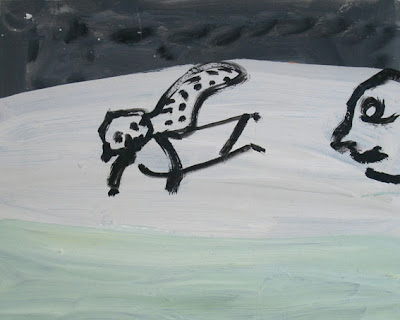 Hidden behind the tree,
My sadness seeking solace,
You, curious moon! 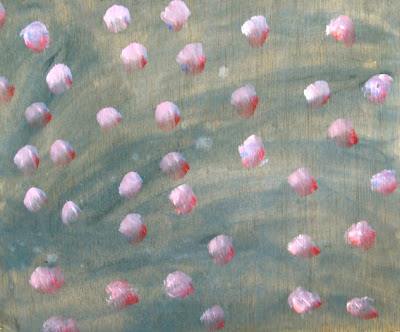 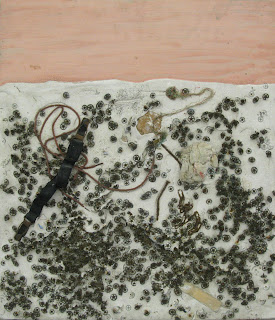 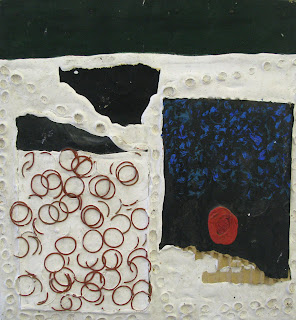 Two paintings (relief collages really) from Niki de Saint Phalle which have obviously haunted me since I saw them last fall. Honestly, I had never liked nor been remotely interested in what I had seen of her large output as an artist. But curiously of course, one is always changed, pulled out of one's ideas and preconceptions through the course of a creative and changing life. This has happened to me on many occasions, I am thankful to admit. How is it that our restless minds and hearts are cut down in the flash of a moment? I can see in myself that I selfishly guard "my ideas" once I have embraced them. Why  embrace some ideas and not others? But that is another question which deserves to be looked at another time. What interests me today is how quickly I am immobilized by a piece of Art. Is it not the same to be immobilized by beauty? Ultimately by love itself? BY truth in fact? And this is a a personal love as well, one I cannot share with others. It is for me alone. I cannot impose it on others yet I know that I have certainly tried over the years to very, very patient friends. I am learning to hold this feeling close to my heart. I shall let John Keats speak for others.
In the meantime the world throws itself upon me, endless waves of random beauty as if, I, a sandy beach am a helpless victim.
How grateful am I that its Beauty and Truth which alone seem to have the strength to overcome my prejudices.
And as Keats said in the final refrain from Ode to a Grecian Urn:
'Beauty is truth, truth beauty, - that is all ye need to know on earth and all ye need to know' 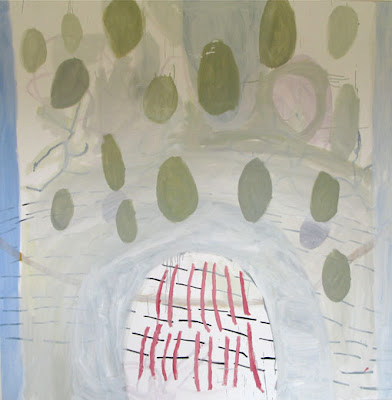 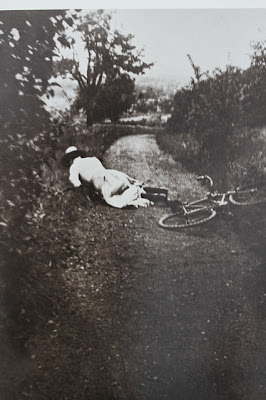 
The blackbird,
Without a care in the world,
And the young moon mocks my heart! 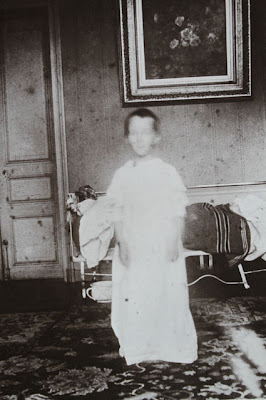 Jacques-Henri Lartigue, photographer and painter, began taking photos when he was just about 7 or 8 years of age. The photograph (above) of his older brother  would have been one of his very first. His father, who must have been a very cool guy, gave his son a 13 x 18 box on a wooden tripod. Before that he had invented for himself an "eye trap" (piège d'oeil) which consisted in opening and shutting his eyes rapidly three times in succession. In this way he had the impression of catching all what was going on; the images, the sounds, the colors. All of it in a small sequence of eye movements.
"And since that moment I was happy and soothed because I felt that I had captured and treasured up in my head the essential pictures of the best moments of my day.
But when after a few days I said to myself: 'Now, look lets look back at all the pictures only to discover that nothing was left of them, or very little."
"Papa is like God (as a matter of fact, he might even be God in disguise). He's just told me, Now I'm going to give you your own camera.' Now I will be able to make portraits of everything...... everything...."
Sounds like an artist already. I am just looking again at a lovely small book with his photographs which has followed me everywhere for the past 35 years. He amazes.
When asked whether he thought photography could be labeled art, he replied,
"That is ridiculous  and vain. Everything is art; nothing is art. A cook, a shoemaker, a hairdresser are all artists according to how talented they are."
Posted by cloudsandsea at 12.5.10 1 comment: 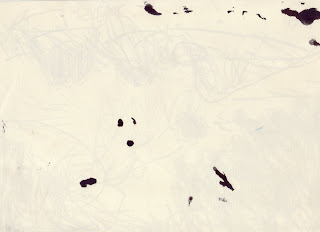 Over the keyboard,
Across the computer screen,
Lost like me, an ant. 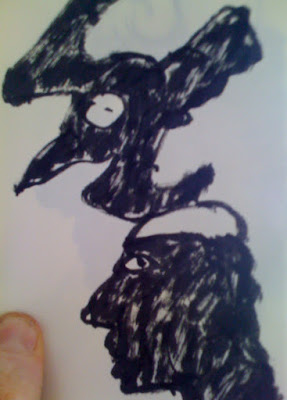 For lunch, and dinner,
Drinking in the Nightingales,
Hangover in May! 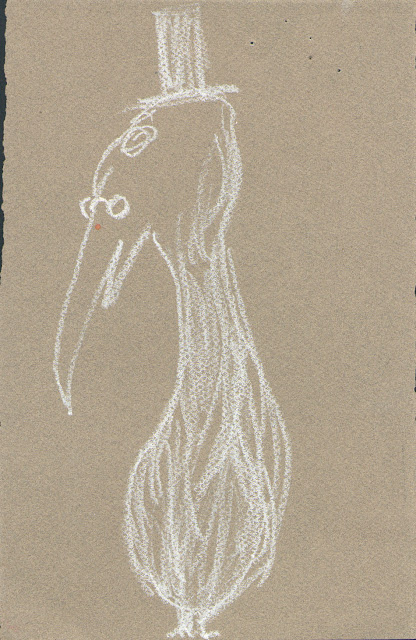 Posted by cloudsandsea at 9.5.10 No comments: 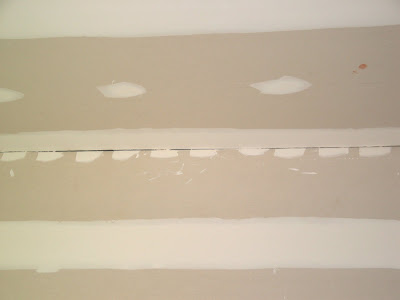 Posted by cloudsandsea at 8.5.10 No comments: 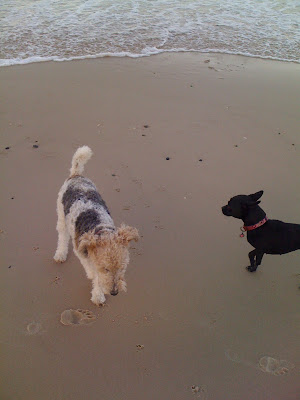 Already dreaming,
Of the antipodal friends,
Whose language I speak.
Posted by cloudsandsea at 7.5.10 No comments: 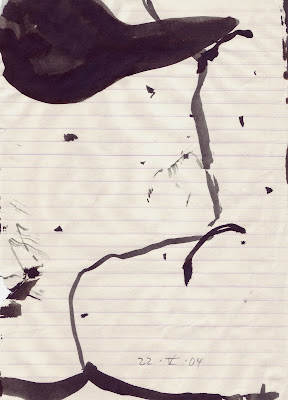 Posted by cloudsandsea at 6.5.10 No comments: 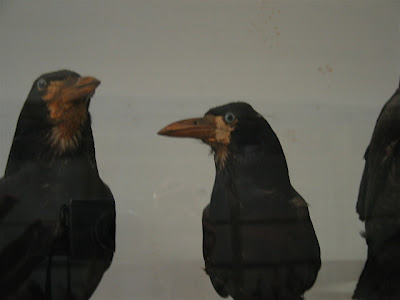 But for the black birds,
An open sky, empty ear.
A mute black coffee.

Posted by cloudsandsea at 5.5.10 No comments: 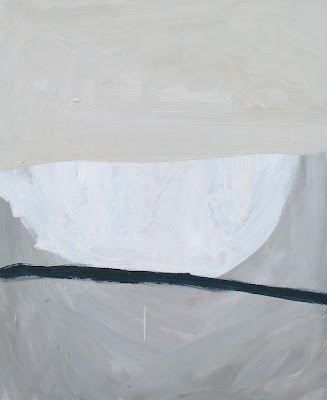 Posted by cloudsandsea at 4.5.10 No comments: 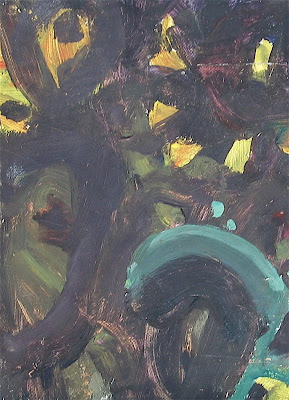 Under the grey sky,
Hidden in the lilac bush,
The bashful iris.

Posted by cloudsandsea at 3.5.10 No comments: 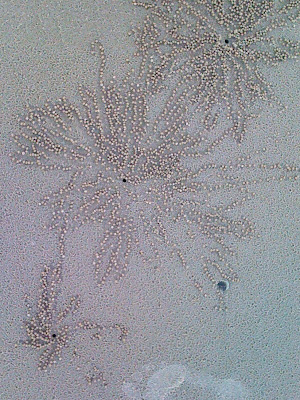 Well, from one magical place to another I have been swept from one Australia back to Europe. I miss already; the sea, the beach, the big sky and all the small creatures in the sand. After a long flight my body and mind begin to settle into the greenery of a rustic spring landscape. Lilacs, irises, small white roses, and the mighty chestnut trees (les maronniers) abound surrounding the house. Le Belvedere has suffered my absence without too much complaint. Only the balconies couldn't resist the long weeks of snow and thus they have dropped piles of plaster and old cement from underneath. Stoic it is, this house, but like everything else in life,  nothing resists the fury of Nature. These small crab designs (above) are washed away daily, a reminder that I too, need to live one day at a time.
Posted by cloudsandsea at 2.5.10 No comments: