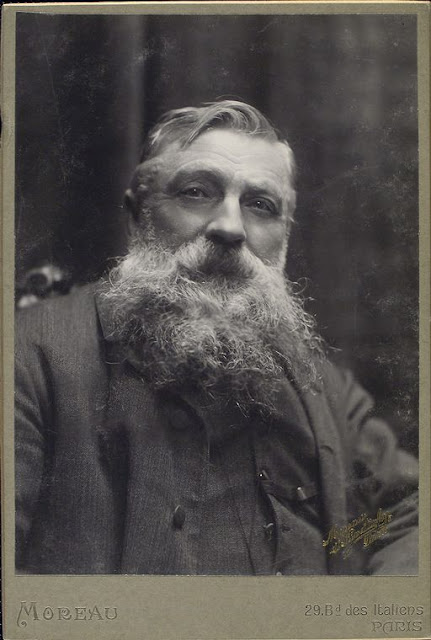 From Conversations with Stravinsky

"I made his (Rodin's) acquaintance in the Grand Hotel in Rome shortly after the beginning of the First World War. Diaghilev had organized a benefit concert there in which I conducted the Suite from Petrouschka.
I confess I was more interested in him because of his fame than because of his art for I did not share the enthusiasm of his numerous and serious admirers. I met him again, some time later at one of our ballet performances in Paris. He greeted me kindly, as though I were an old acquaintance, and at that moment I remembered the impression his fingers had made on me at our first handshaking. They were soft, quite the contrary of what I had expected, they did not seem to belong to a male hand. He had a long white beard that reached down to the navel of his long, buttoned-up surtout, and white hair covered his entire face. He sat reading a Ballet Russe programme though a pince-nez while people waited patiently for the great old artist to stand up as they passed in his row..."

Stravinsky on Dylan Thomas, with whom he had hoped to work 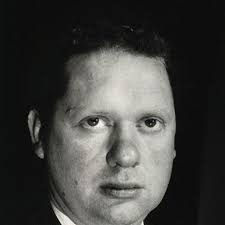 I don't think you can say that the project ever got as far as having a subject, but Dylan had a very beautiful idea.

I first heard of Dylan Thomas from Auden, in New York, in February or March of 1950. Coming late to an appointment one day Auden excused himself saying that he had been busy helping to extricate an English poet from some sort of difficulty.

Then in May 1953, Boston University proposed to commission me to write an opera with Dylan. I was in Boston at the time and Dylan who was in New York or New Haven came to see me...  he was nervous, chain smoking the whole time, and he complained of severe gout pains...

His face and skin had the color and swelling of too much drinking. He was a shorter man than I expected, from his portraits, not more than five feet five or three, with a large protuberant behind and belly. His nose was a red bulb, and his eyes were glazed. He drank a glass of whisky with me and it seemed to put him at ease. 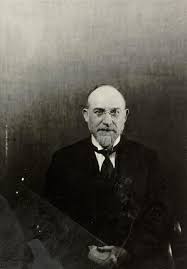 He was certainly the oddest person I have ever known, but the most rare and consistently witty person, too. I had a great liking for him and he appreciated my friendliness, I think, and liked me in return. With his piece-nez, umbrella, and galoshes he looked a perfect schoolmaster, but he looked just as much like one without theses accoutrements. He spoke very softly, hardly opening his mouth, but he delivered each word in an inimitable, precise way. His handwriting recalls his speech to me: it is exact, drawn. His manuscripts were like him also, which is to say as the French say 'fin'. No one ever saw him wash, he had a horror of soap. Instead he was forever rubbing his fingers with pumice. He was always very poor, poor by conviction, I think. He lived in a poor section and his neighborhood seemed to appreciate his coming among them: He was greatly respected by them. His apartment was also very poor. It did not have a bed but only a hammock. In winter Satie would fill bottles of hot water and put them flat in a row underneath his hammock. It looked like some strange kind of Marimba I
remember once when someone had promised him somme money he replied:
"Monsieur, what you have said did not fall a deaf". His sarcasm depended on French classic  usages. The first time I heard Socrate, at a séance where he played it for a few of us, he turned around at the end and said in perfect bourgeosie: "Voila, messieurs, dames."

Oscar Murillo and the passport!

Was it art, protest — or both?
It’s still not entirely clear just what the Colombian artist Oscar Murillo was thinking last month when he flushed his British passport down a toilet, midflight to Sydney, as he headed toward an art biennale there.
Instead, he was detained for two days in Sydney — after which he was deported to Singapore and eventually returned to Britain. (Mr. Murillo also holds a Colombian passport.) On Monday, these events were confirmed by his gallery, David Zwirner. Now the artist is being asked to explain them.
On Tuesday in London, Mr. Murillo released a statement through Zwirner to The New York Times and acknowledged that he had not originally intended to stage a protest but that his action had become one. “Destroying my passport was a way of challenging the conditions in which I have the privilege of moving through the world, as a citizen,” he said in his statement. “The act creates a disruptive situation that has the real potential to engage different power structures in a complex society — my status as an artist, the state as an arbiter, and the question of mobility in general.”
According to ArtNews, Mr. Murillo decided four hours before landing in Sydney that the work he was taking to the Biennale of Sydney was not sufficient and destroyed the documentation that would have allowed him to enter Australia easily, creating a situation that may have been a comment “on his own geopolitical identity,” that publication wrote.
Subsequently, Judith Benhamou-Huet, a French journalist and curator, said on her blog that she ran into Mr. Murillo at Hong Kong Art Basel, where he talked further about his concerns with the Sydney Biennale.
Mr. Murillo, in one of the iPhone videos uploaded to Ms. Benhamou-Huet’s blog, said: “I gave a proposal, I went and made a proposal with a curator, and we were both really happy with it.” At the same time, he said, “there seemed to be a lot of conservative attitudes toward allowing an artist to be really freely expressive.”
In his statement on Tuesday, he noted that “a lot of curation today leads to the homogenization of emerging cultures — emerging from the perspective of the West — instead of forming collaborative exchanges with people that fall outside the dominant art world.” He added, “I was also trying to address the commodification of race and social practice in art.”
Called by his fans “the 21st-century Basquiat,” Mr. Murillo quickly went from cleaning office buildings to cover his expenses at the Royal College of Art in London to seeing his canvases sell at auction for more than $400,000.
More recently, however, his prices may have lost steam. Three Murillo works failed to sell over the last year at Sotheby’s, Christie’s and Phillips.
Posted by cloudsandsea at 15.4.16 7 comments:

polka dots in the church 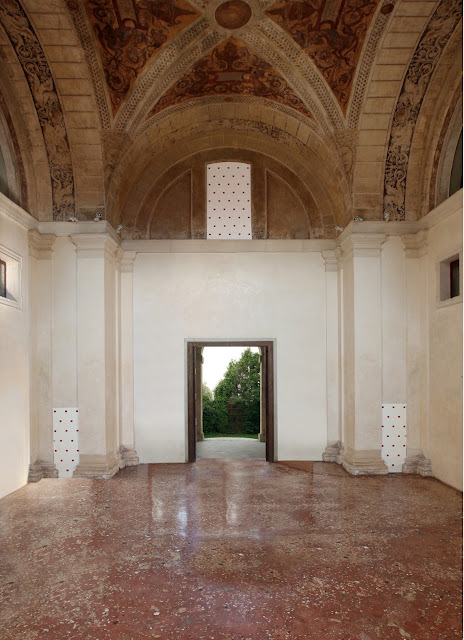 I cannot remember where I found this, probably the NYT. But in any even I liked it immediately. Its a church somewhere in Italy, certainly.

I fell upon these images while reading about Art in California. They are quite intriguing. 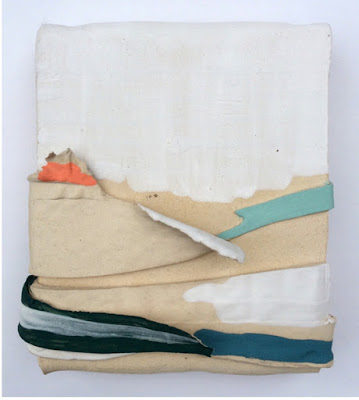 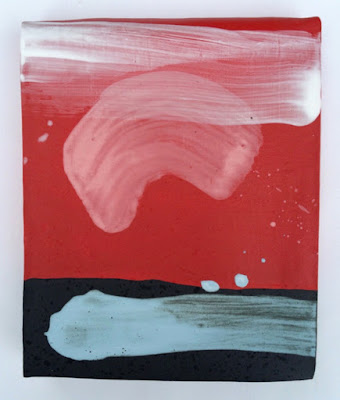 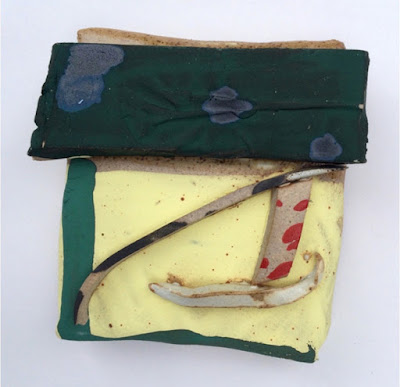 "only the rich buy this"

David Hammons, at the Mnuchin Gallery

Reading about this new exhibit currently showing in New York, I couldn't help but wonder if it was not meant to mock the rich, effete and powerful white collecting class? Or, is it just effete itself? 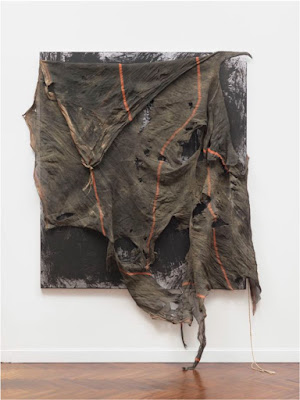 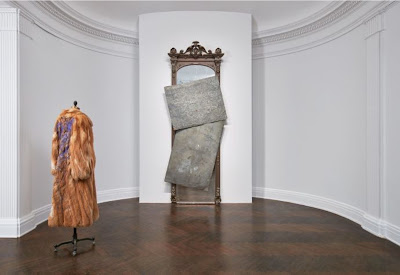 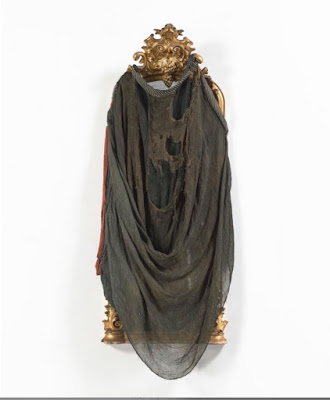 The old Whitney is now part of the Met. The New York Times sent in a photographer to see what it looked like empty. These three are gems from another era. 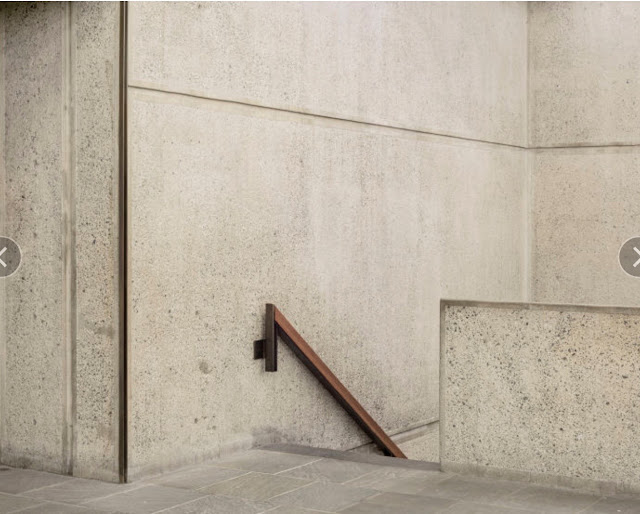 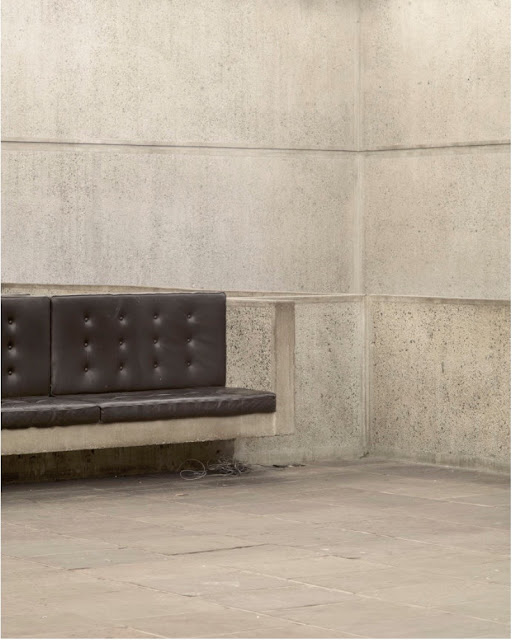 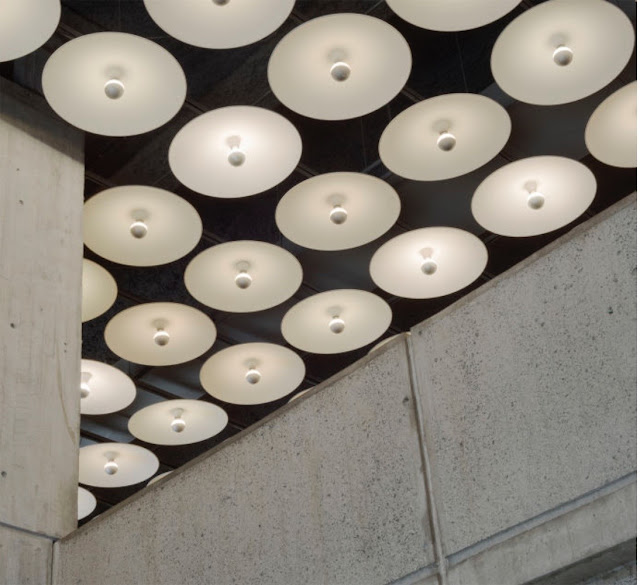 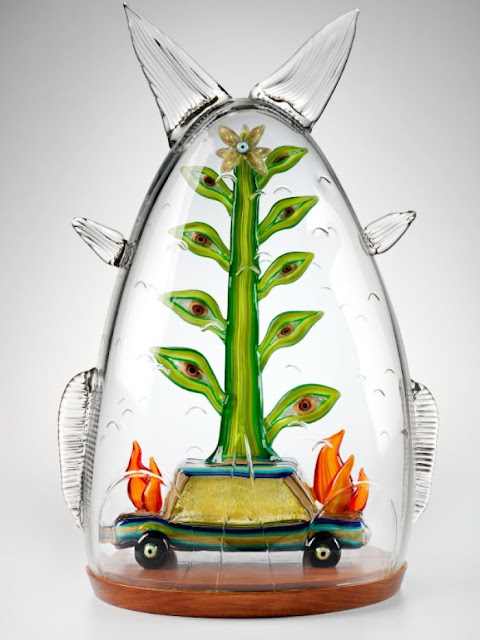 This a great piece, not sure what it is, but its cohesive and all its parts make a whole.
This is something which I consider to be an essential part of a work of art. 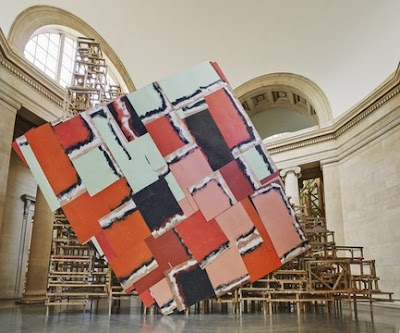 Usually not quite a fan of all the stacked chairs and mounted wooden debris which I have seen in London in various museums, I found myself enchanted by this wonderfully painted piece from the Arsenale in Venice a few years back.