That which remains in that which passes

I enclose a recent note from my dearest friend and painter John Gasparach. It is his response to my asking about an expression which Léo often used when articulating a very particular aspect of Art's essence. I could not remember it correctly.

("That which remains in that which passes")

A remark made by Gavarni (19th century French artist) whom Van Gogh admired. Van Gogh refers to and cites this phrase a number of times in his letters to Theo. Here is one example:
(from one of Vincent's letters, the following)
‘I think that if one has tried to follow the great masters attentively, one finds them all back at certain moments, deep in reality, I mean one will see their so-called creations in reality if one has similar eyes, a similar sentiment, as they had. And I do believe that if the critics and connoisseurs were better acquainted with nature, their judgment would be more correct than it is now, when the routine is to live among pictures, and to compare them mutually. Which of course, as one side of the question, is good in itself, but lacks a solid foundation if one begins to forget nature and looks only superficially. Can’t you understand that I am perhaps not wrong in this, and to say what I mean even more clearly, isn’t it a pity that you,   for instance, seldom or hardly ever go into those cottages or associate with those people or see that sentiment in the landscape which is painted in the pictures you like best? I do not say that you can do this in your position, just because one must look much and long at nature before one becomes convinced that the most touching things the great masters have painted still originate in life and reality itself. A basis of sound poetry which exists eternally as a fact and can be found if one digs and seeks deeply enough.
“Ce qui ne passe pas dans ce qui passe”, it exists.

I would guess Leo encountered this phrase of Gavarni in Van Gogh’s Letters since it was so important to Vincent.

The School is shut, we work now with all of our students ‘on line’ since they have all returned to the United States. This has freed me up to paint everyday at Chateaunoir in the forest of pine & oak. I’ve never felt better in my life (which is a terrible thing to say given the situation of our world).

Sorry I missed your call. Try again if you can. 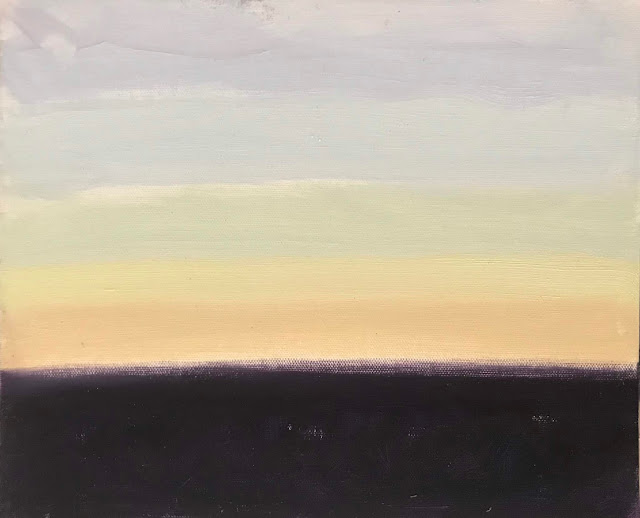