if there is a God she must like colour 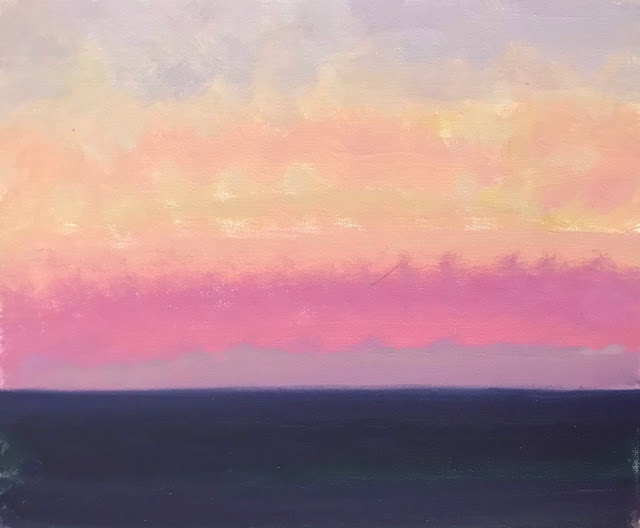 I just found this study yesterday which I had misplaced and never uploaded to Instagram. Or, maybe I thought weeks ago that it was too kitsch? Either way, I like it today.

Two nights ago the twilight hour exploded with colour. We have had a week of dark cloudy days which simply refused to open up. It has been cold too. An inversion kept frigid air close to the ground and in those circumstances it is just impossible to warm up. I went to visit some friends for a light dinner who live a little higher up in the hills. On the way up I saw smoke from chimneys hugging the trees like blue shawls.

But two afternoons ago the colour did explode like cannons, painting the sky with fiery clouds every which way one looked. The after-burn was purple pink as seen below.

I had been in the studio all afternoon because I had given up hope that the beach would open up and allow me to paint down there. So against all odds, it do just that! And I watched from the studio not without deep regret. Alas, "it won't be the last time", so I tried to tell myself.

I rarely take photos of sunsets as I much prefer to paint them. And sunset photos are much too ubiquitous anyway. But this is a view from the studio to the East as I would have been facing if I were at the beach painting the sea. The sunset is directly behind. I am struck by the similarity of these colours and those of my picture done over  month ago. 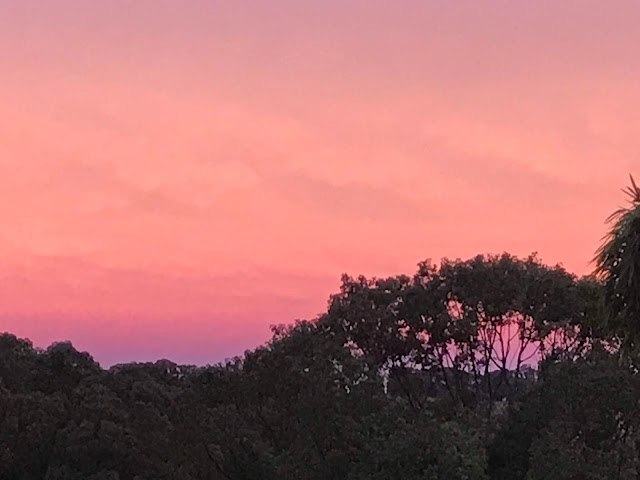