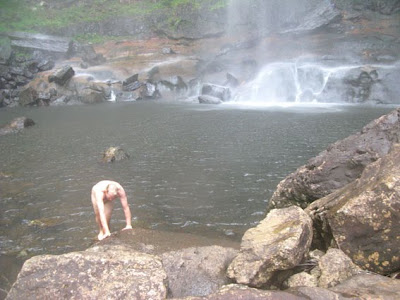 Never before seen! First photographs taken of quadropod leaving its natural habitat. Scientists have always believed that the four-legged creature had originally come from the sea but they lacked proof, until today. The genus belvederus dieulefitis/cristophalus has long been considered an elusive animal to pin down as it is know for its quick flight despite its curious nature. Nothing is yet known of its breeding habits but it is suspected that it mates only to flee immediately afterward. It is also surmised that it lives on plants and fauna and seems to like warm climates  disappearing  to the south each winter.
Posted by cloudsandsea at 13.3.10