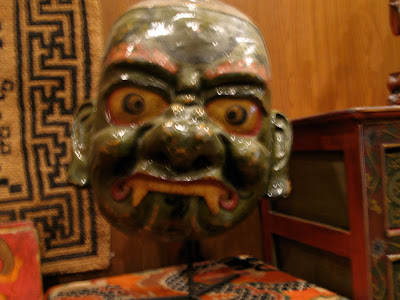 Where lesser artists would call it a day and depart form the squalor, he feels compelled to stay -- as if to stubbornly defend himself from failure. Yet what is happening is a liberation; a stripping away of theory, aspiration and identity -- a humiliation which is strangely enlivening. The ego has come a cropper. He is lost and far from home. Everything he knows is of little use. Instead of an ascent into art heaven as hoped for, there has been a painful descent into wretchedness. The artist has regressed and ended up in the mud with feelings of despair, shame, anxiety, regret and self disgust. He is now beginning to resemble a genius. What the muse has given to him is not an artwork as he had thought, but the hidden doorway into the desolate unknown -- plus enough Eros and daring to enter.
part 3
Posted by cloudsandsea at 12.4.10