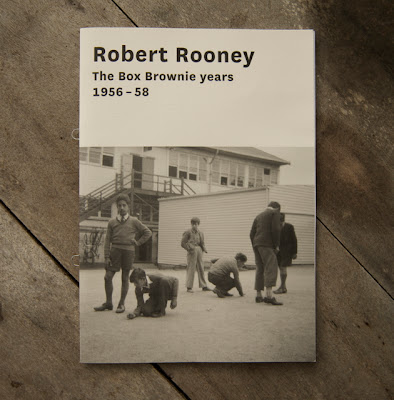 Here in Melbourne in the neighborhood of Fitzroy, a wonderful show by Melbourne artist Robert Rooney who is photographer, musician and painter. I liked the three paintings done in the late fifties as well as these photographs shot with a Box Brownie. They are  printed as inkjet prints which give them a soft and eerie feel almost as if they could have been drawn with conte crayon.

The Box Brownie was introduced by Eastman Kodak in 1900, and was marketed toward children. Soon, Brownie Camera Clubs sprouted up everywhere.

from 28 March - 19 May 2013
at the Centre For Contemporary Photography
404 George Street, Fitzroy, Victoria