Morocco, found and lost in Tunisia 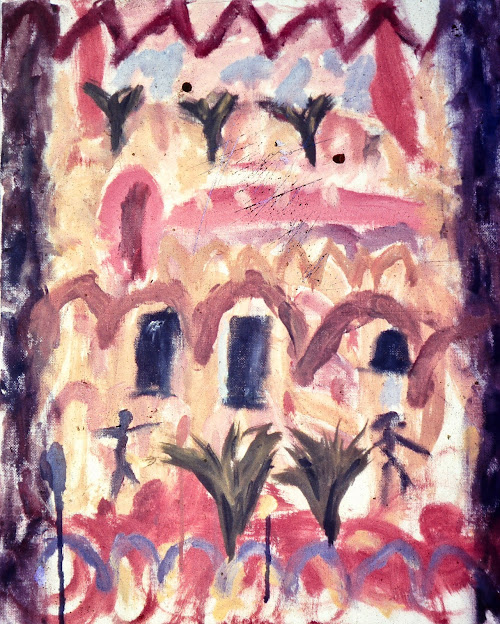 This is a curious painting done sometime in 2008, back in France, from a drawing I made in Marrakesh in 2007. I am not sure what I think of it now but it's the only picture I ever painted in oils from a Moroccan drawing in black and white though I did make a drawing trip to the Atlas mountains in 1974 where I made watercolours. But this was invented from a skeleton of a drawing and memories.
I gave it to a friend who stopped by on her way from a life in Paris back to a new life in New York. Sadly it was packed in a suitcase which was lost in transit. Fortunately, I did have this photo of it, so after 25 years I sent her this image which has ended up on her fridge door, so she told me.
This painting was certainly inspired by so many Klee watercolours from his trips to Tunisia which I had seen over the years way long before I began going to Morocco to just draw. I saw a large show of them in the Met in New York back in the 1990's which opened my visual mind.
I had never been a fan of Paul Klee until I saw these things. They are so very different from so many of the later things he made in his studio. He was an interesting artist, and musician, for sure, he was caught up in a changing world where psychological and mystical experiences created a new zeitgeist away from the Church.
For me, these are landscapes which exist between the mind and matter, as if one foot was in the visual world in front of him while the other was planted in the back studio of his mind.
It seems to me that these small studies done in Tunisia straddle the the fault lines between where Modern Art was taking flight from Post-Impressionism. Klee, along with Jung and Freud, among so many others, quickly jumped into a 20th century where metaphoric truth would eclipse a visual one. 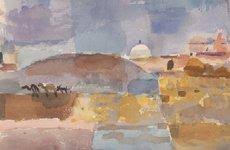 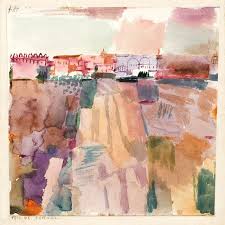 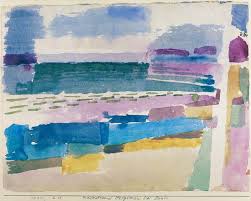 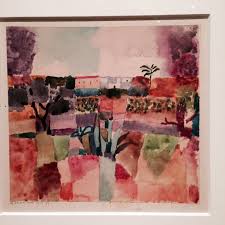 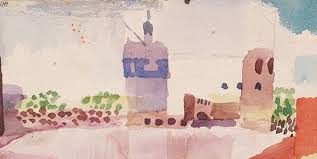 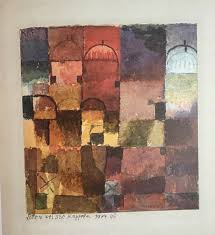