Twice a year I make a pilgrimage to see this painting which hangs in an alcove in the Sainsbury Collection of the National Gallery in London. One sees it on approach from down the vast hallway. Just to its right hangs The Nativity which is also a rare beauty, but that's for another day. This wonderful painting is haunting, and I am just one of many lovers of Piero della Francesca who come to marvel at its strange beauty. And isn't all beauty strange? If it weren't; what would separate it from all which is essentially banal and vulgar? It comes to my mind that somehow Beauty is seen to be perfection, and this seems vulgar to me because I don't believe that perfection exists. What makes this so beautiful for me is that it is so realized, and so original. Realized because it completely unites an artist's personal expression with that of the visual world as he personally meets it each day. In a similar vein Baudelaire once famously said that all original works of art look ugly at first.
I am always amazed by the three women to the left, especially the one looking directly at the viewer (the painter).
And the color! The bright harmonies which seem to sing out after 500 years.


This panel was the central section of a polyptych. It may be one of Piero's earliest extant works. Side panels and a predella were painted in the early 1460s, by Matteo di Giovanni (active 1452; died 1495). The altarpiece was in the chapel of Saint John the Baptist in the Camaldolese abbey (now cathedral) of Piero's native town, Borgo Sansepolcro. The town, visible in the distance to the left of Christ, may be meant for Borgo Sansepolcro: the landscape certainly evokes the local area.

The dove symbolises the Holy Spirit. It is foreshortened to form a shape like the clouds. God the Father, the third member of the Trinity, may originally have been represented in a roundel above this panel. 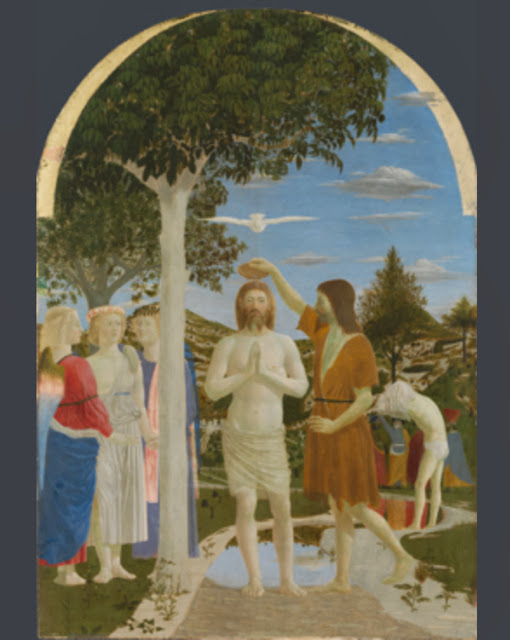 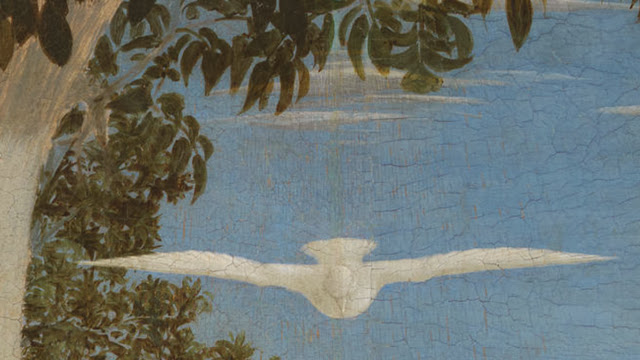 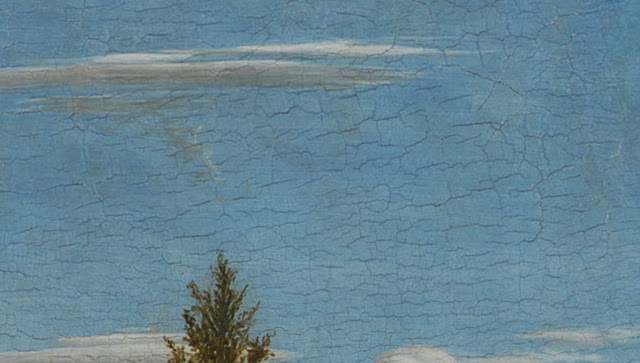 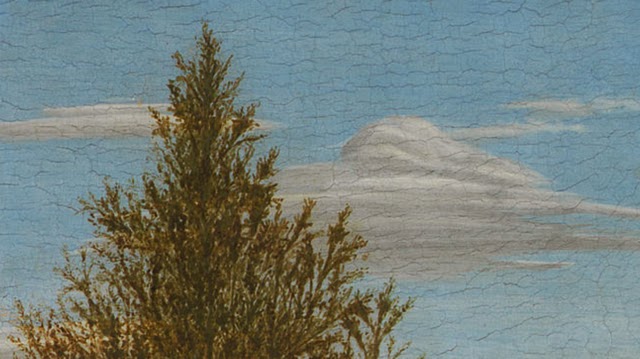 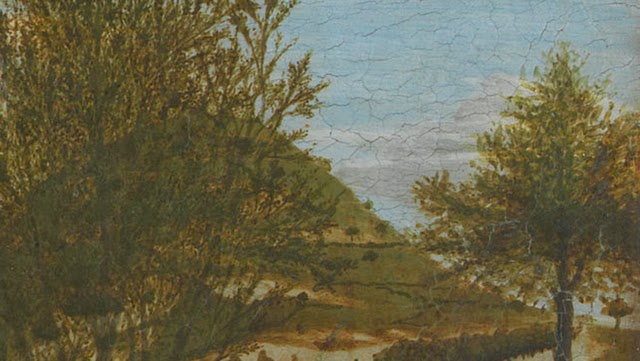 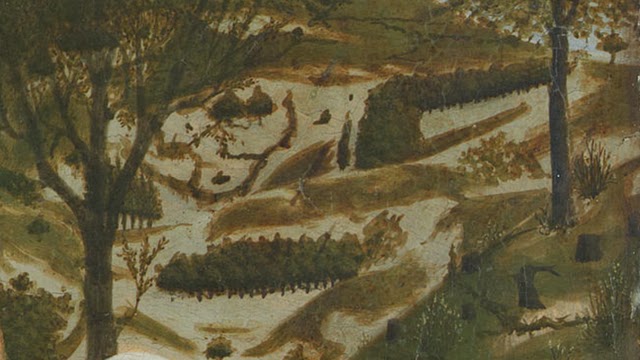 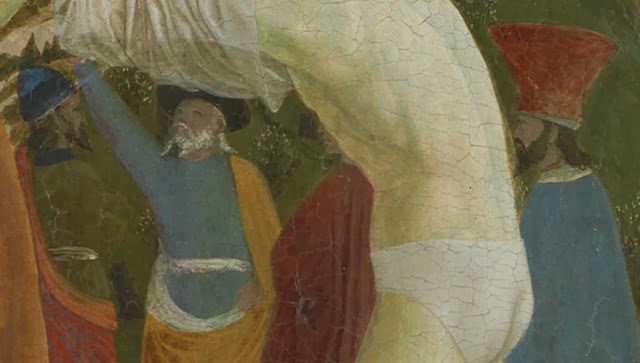 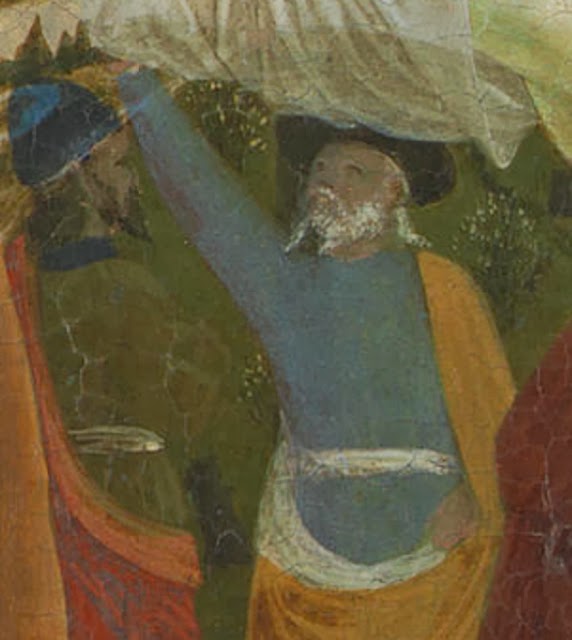 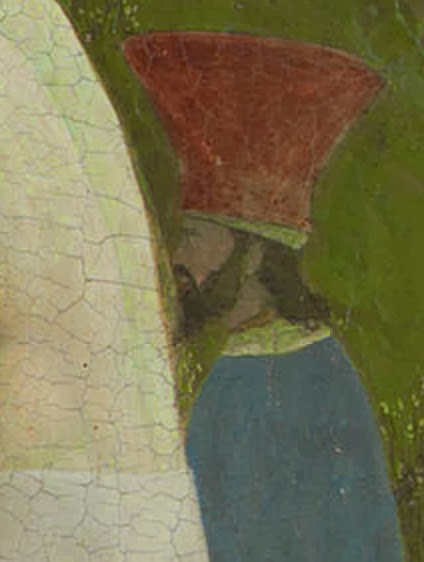 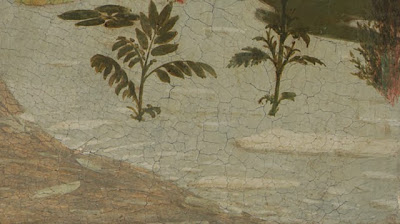 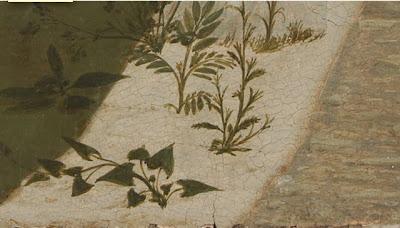 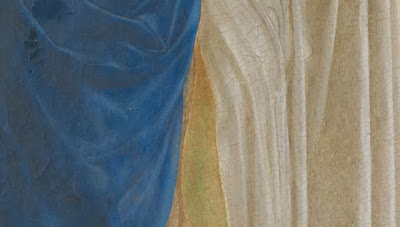 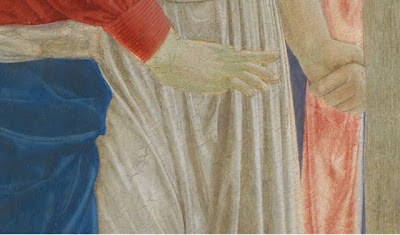 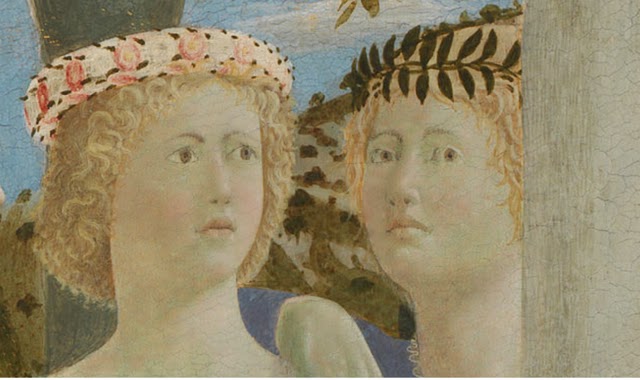 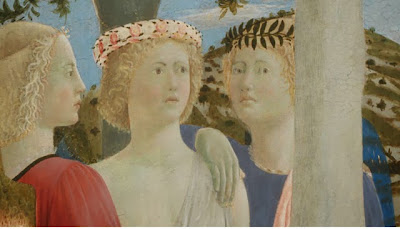 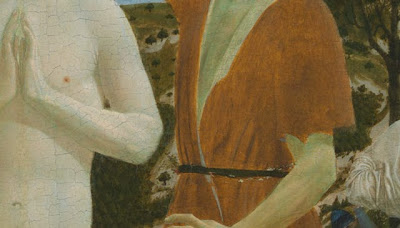 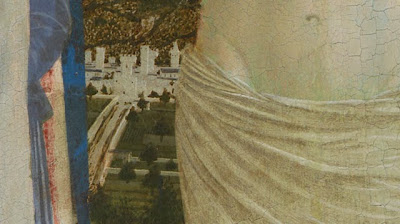 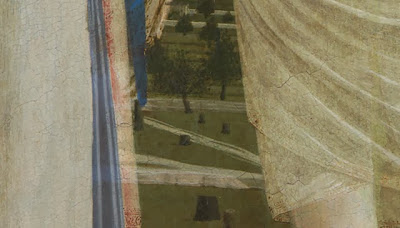 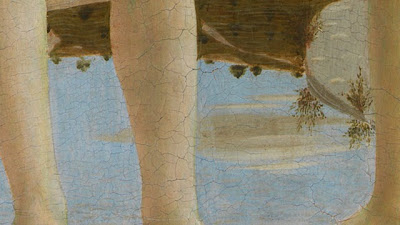 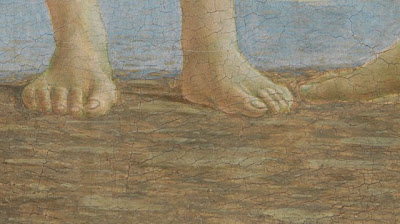 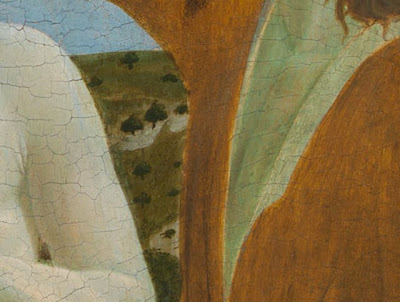 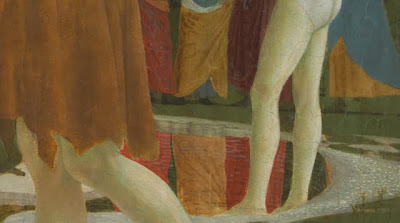 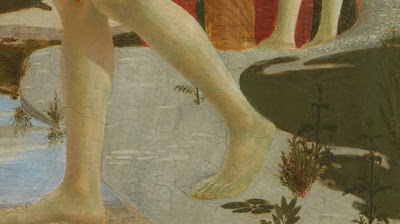 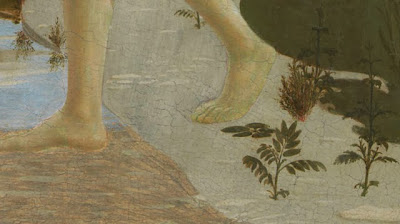 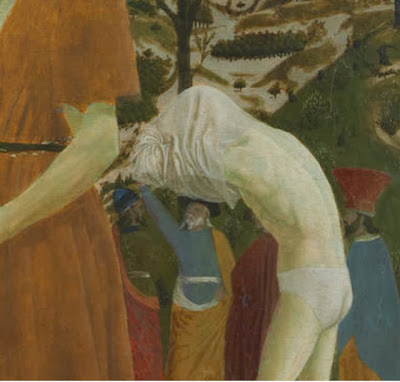 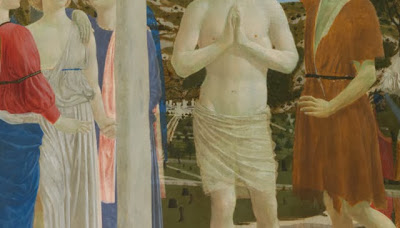 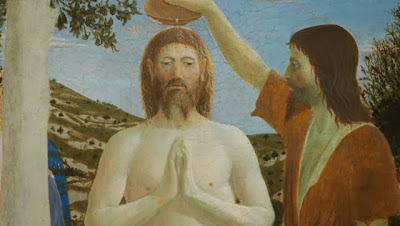 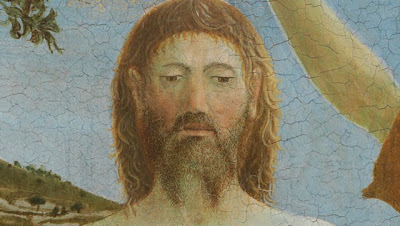