In London recently, I visited an interesting exhibition at the National Gallery entitled Facing The Modern: The Portrait in Vienna 1900.

For lovers of Schiele, Klimt, and Oscar Kokoschka among others, there are some rare treats on view. The National Gallery is notoriously camera shy, and thus it is very difficult to find images from their collection to reproduce in pages such as this. However, an i-phone on silent mode helped me with these clandestine souvenirs. Alas, we do what we can.

Egan Schiele is always a big draw. I have always noticed that he is a kind of pop star compared with other painters of this generation. He died youngish, and in tragic circumstances after the death of his wife and young child. There are also a few Kokoschkas which I liked enormously. 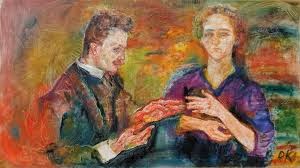 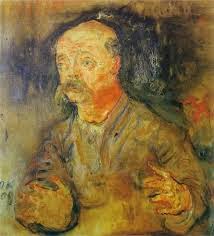 Here are some other examples of his work which are not in the show unfortunately (but I include them just because I can). They reveal the power of OK's early portraits which I think are his best work. 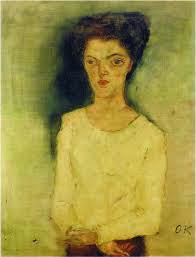 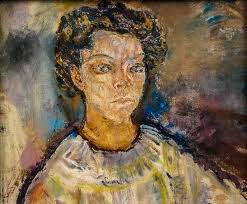 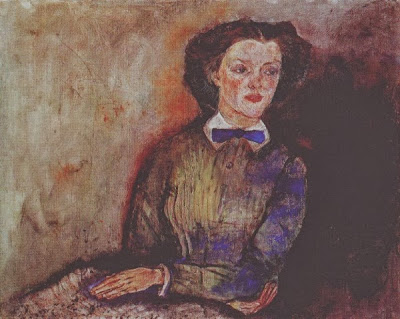 I was really surprised by the portraits of Arnold Schönberg. I confess I didn't even know that he was a painter. This (below) is a portrait of his son. (i-phone) and self portrait in blue hue. 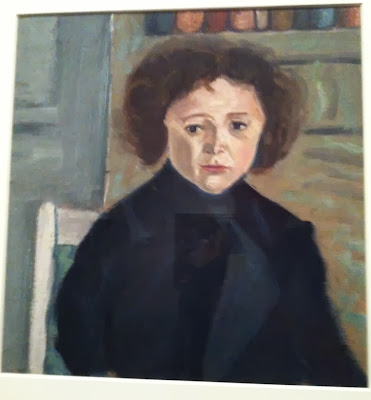 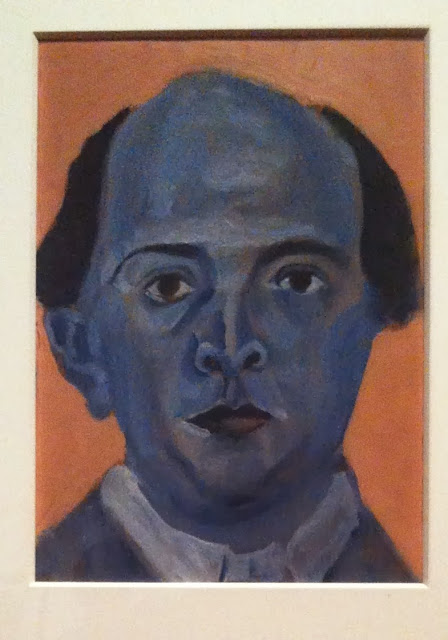 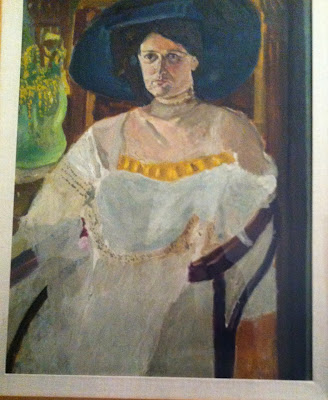 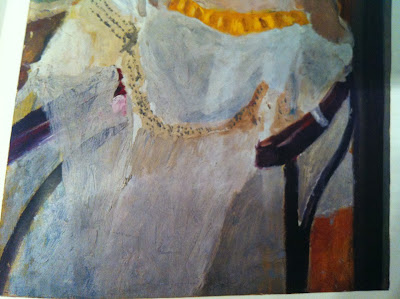 The above portrait is of Marietta Werndorff, a friend of Schönberg's and a singer. Critics were bewildered: This was not painting but the 'wild confession of a tormented, affected human soul'. (et, alors?)

What I love in this portrait is the treatment of the dress which I find so modern and sensual. Its awkward; and decidedly raw which would become one of the defining fingerprints of Modernism in Europe (think Matisse).

There are Klimts, and a whole host of other painters whose names I forget. This is a wonderful show.