Morocco in the shade of Delacroix 25 years on

Now obviously, whoever made these drawings was certainly under the deep spell of Delacroix and it's true, I was fascinated by him and his own voyages to northern Africa.
I went to Morocco the first time to visit my roommate  from university in Aix-en-Provence. It was 1974, a year later, and Michael had joined the Peace Corps with another fellow named Ray. They were stationed in the small town of Midelt in the middle of the country just south of the Atlas mountains where they taught English to uninterested kids. Poor guys, they felt marooned there. 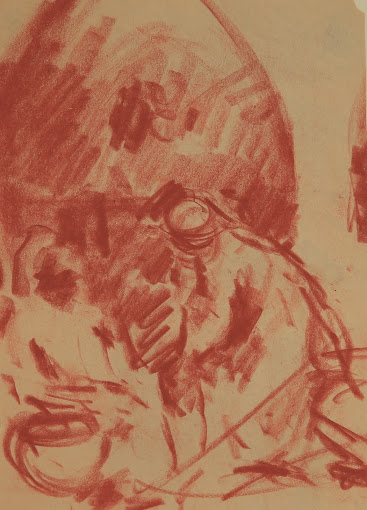 I took the boat with a girlfriend from Marseille to Tangier arriving two days later (which was a long trip, and a long story) but we did arrive in Midelt in the early Spring, maybe Spring break, March, probably.
One thing I remember about the bus ride over the Atlas mountains was Sharon and myself, snuggled and shivering under a thin sleeping bag surrounded by a busload of men wearing djellabas and smelling of goats. They couldn't keep their eyes off of blonde Sharon. 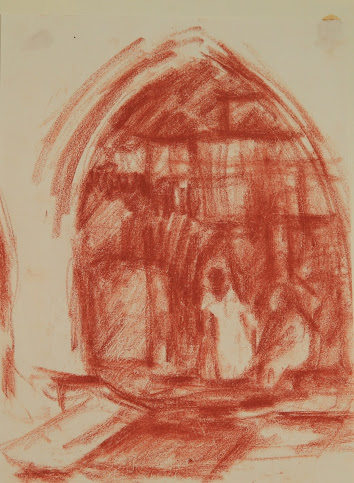 We stayed in Midelt for a few weeks before visiting Fez and Meknes which is what most tourists do in Morocco. We were taken care of by Fatima, the housekeeper of whom I made several watercolours. The food was good but greasy and meaty with few greens anywhere. 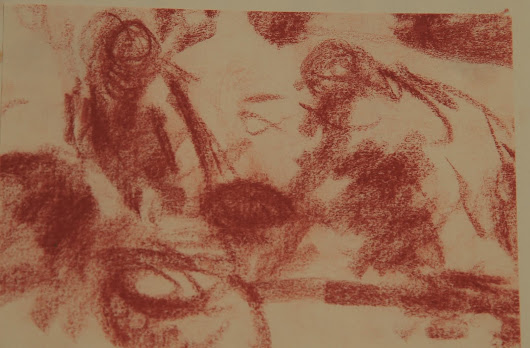 I had brought with me a pack of sepia-red pastels and blocs of plain newsprint. I had no idea what I would do but just jumped into the exotic street scenes everywhere. So many wonderful and amusing anecdotes filled the memory banks of my youth. Now so many years later the memory vaults have been raided  and depleted by age, alas. 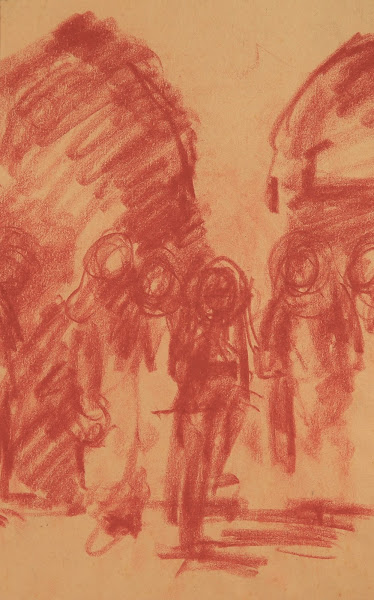 Anyone who has been to Morocco knows that wherever one goes, they are followed, mostly by kids, but lots of the other usual suspects. This fact must be accepted.  And because I was also drawing everywhere I went, I was followed by an even bigger circus of misfits. Being an oddball anyway, I was kind of used to it but eventually I was picked up by the local police who didn't know what to do with me with all this drawing business. I was let go after a bit but sternly warned not to draw people!
My amblings around town with a small backpack of drawing materials led me to meet lots of lovely old men who invited me for tea and let me draw from the protection of their shops. They kept an eye out for the police. My French at that time was OK but somewhat simple. I had been working on it so I could get around and I loved these interactions. My father had taught me to always ask for directions. It was the best way to meet locals and learn a language.
So, these are but a few things which I still possess from that first trip there under the shadow of Delacroix. To be fair, they are far more abbreviated and abstract than anything I have seen of his but that had to do with my own inability to 'make a drawing', certainly as good as his. I was making quick sketches almost in passing. It suited my anxious and impatient nature and became a habit for life.

I was also heavily influenced by Japanese ink drawings at the time and this came out years later. So spontaneity was my first interest whilst working 'out in nature and using a motif'. My teacher in Aix, Léo Marchutz whom I had met two years earlier had also stressed the importance of looking into nature to find a motif from which to work. And everything I seemed to read about at that time concerned this idea of 'seizing the motif' in one's memory. Of course I was also reading Van Gogh's letters at the time which were also very influential. 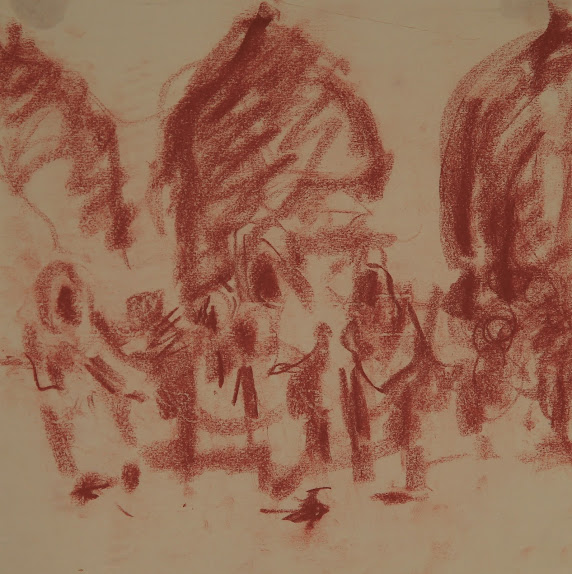 So this trip and the drawings which came out of it was my first real experience of going off to an unfamiliar place and trying to work from it. Subsequently, I made many other trips to Morocco, much later where I made boatloads of drawings whilst sitting in cafes and sitting in shops. Obviously, Morocco is full of colonial styled cafes with second floor terraces which came in handy to draw from. This was also helpful in colonial Vietnam where I could also see everything at once below in the crowded markets.
Below are a few drawings from Morocco done during several trips to Marrakesh and Essaouira in the 2000's 25 years later for which the same hand was responsible. And that is what I like, that there is the same sensual quality of the handiwork and focus on the luminosity of the page. The great difference of 25 years is also in the fact that the early ones are decidedly 19th and 20th century whereas the late ones are definitely something else though they don't please everyone. 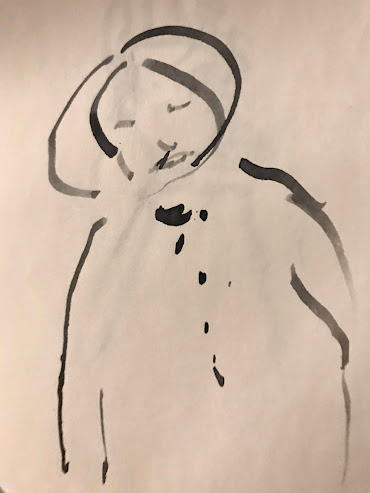 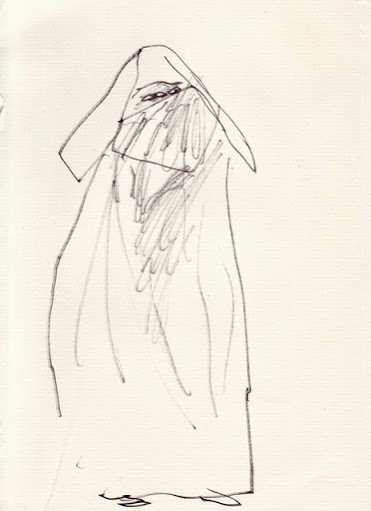 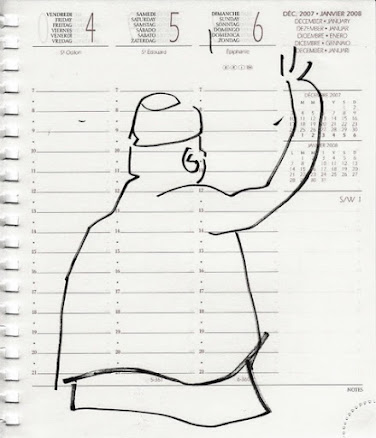 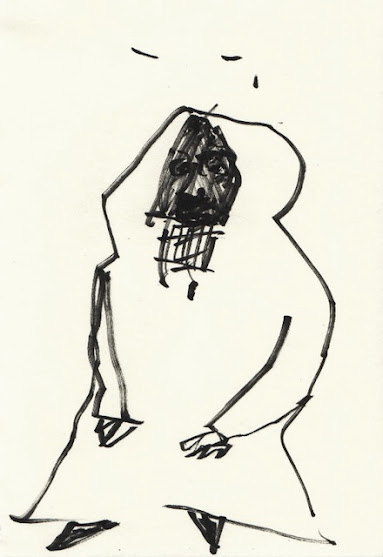 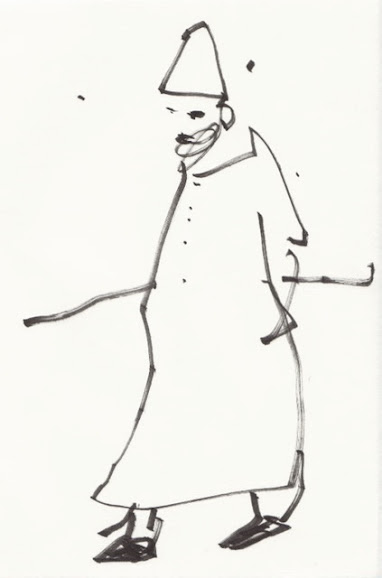 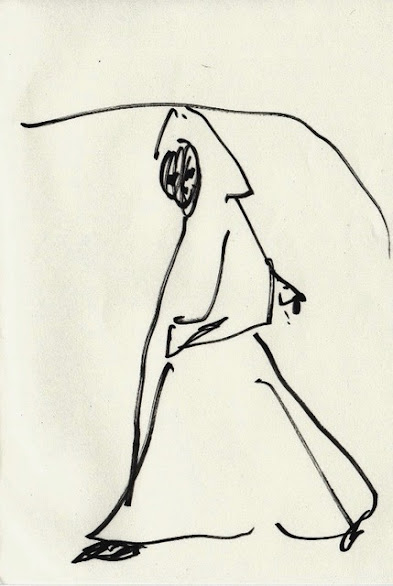 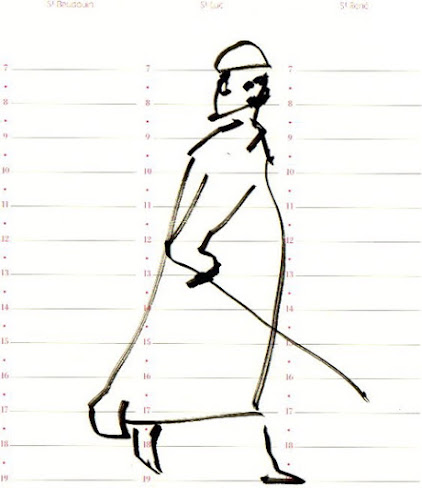 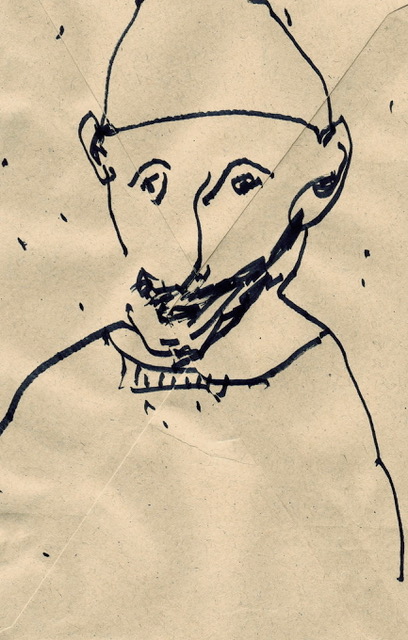