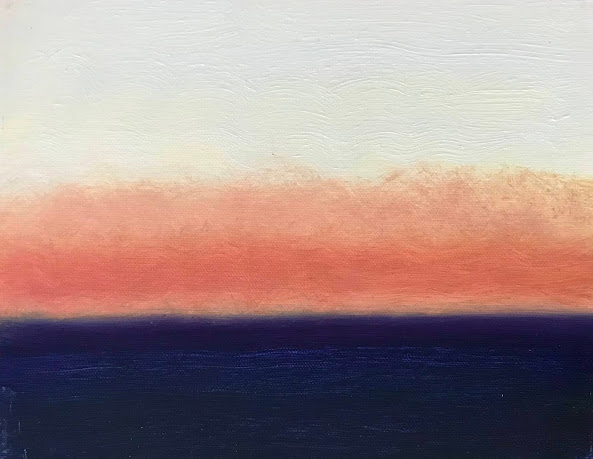 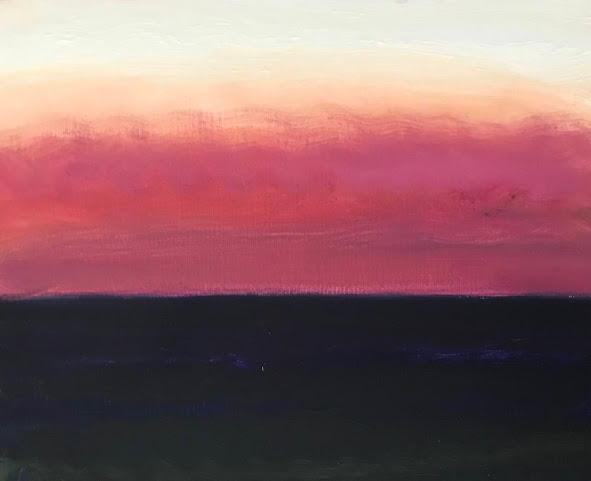 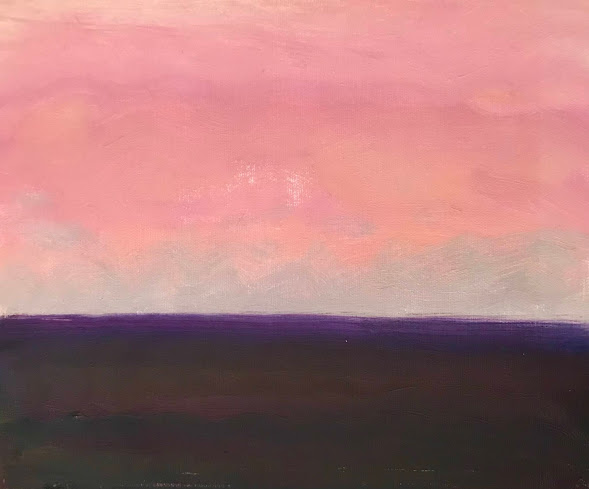 These three studies were done on the 26th December, 2020 at Brunswick Heads, N.S.W. They were painted in quick succession starting with the top study, the middle one, then the last.
It isn't rare that I make 3, or even 4 studies, one after the other. A few times I have made 5 and 6, albeit quicker than usual. But generally I make 2 or 3 on most days weather permitting.
As I paint facing the sea on the east coast, I can only work when the setting sun is behind me unobstructed, in the west. Without it there is little, if any luminosity in the sky, but in the east, in front of me anything goes because I know that with, or without clouds, the sky will be lit up with colour. Of course, one could paint under cloud-cover, rain even, but for this motif to function I need this geographical set-up.
I am open to all sorts of light. When working in a lush landscape I often prefer a pale, soft grey cashmere sky though it really depends upon the colours in the landscape. Sometimes when working in a forest, one needs the strong sun to pierce the canopy, pasting red rubies on the oak trees in the late afternoon. But there are no rules, thankfully, and this is what makes the Painting experience so unique. It is deeply personal.
So these pictures came one after the other, and all that was required of me was to follow the colours as they descended down through the chromatic steps until reaching a dark dusk. I rarely stay longer because after the 'spectacular bloom', the local colours recompose before the evening catches hold and the Prussian blue sky and the deep azure sea return to the colours of the boring tropical scenery of postcards.
And anyway, few painters have descended into the realm of darkness, though Whistler quickly comes to mind. He worked in London where the foggy rain has been know to eat up small dogs with opacity. This is difficult Painting.
Posted by cloudsandsea at 6.1.21