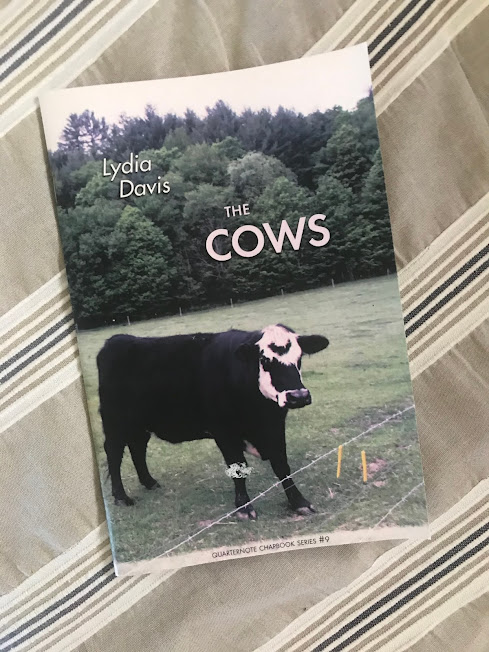 Lydia Davis is not for everyone as I found out a few times over the years when I discovered her, and expressing my admiration by raving to several friends whom I knew to be quite literary. Two of them hated her, one had only read her translation works, and the other didn't know her at all. Enfin!
No matter, I am crazy for her and have read several of her books. I discovered this one online which I liked so much I immediately offered it to a friend who had given me a celebrated book about Animals Something written by an Australian woman living in New York whose title I have forgot. But, I couldn't get into it at all despite its huge worldly success. And I had to pick up another copy of THE COWS again which is OK because I like to support artists of all stripes.
Anyway, this small paperback seems part eccentric bovine research paper, part Zen Japanese poet, but certainly the work of an observant writer (and American poet) who cares deeply for theses creatures and possesses the curiosity necessary to record their lives from a visual perspective while at her kitchen window. 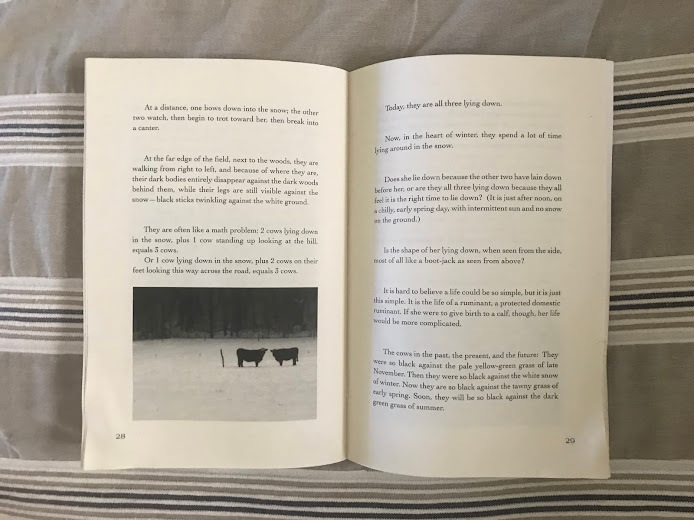 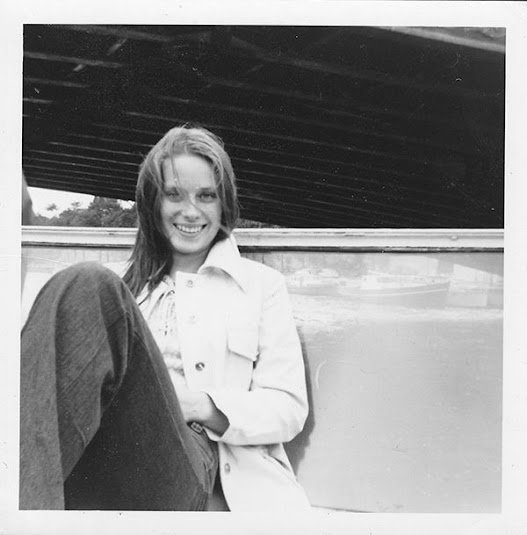