Léo and Giotto, Unity and Form 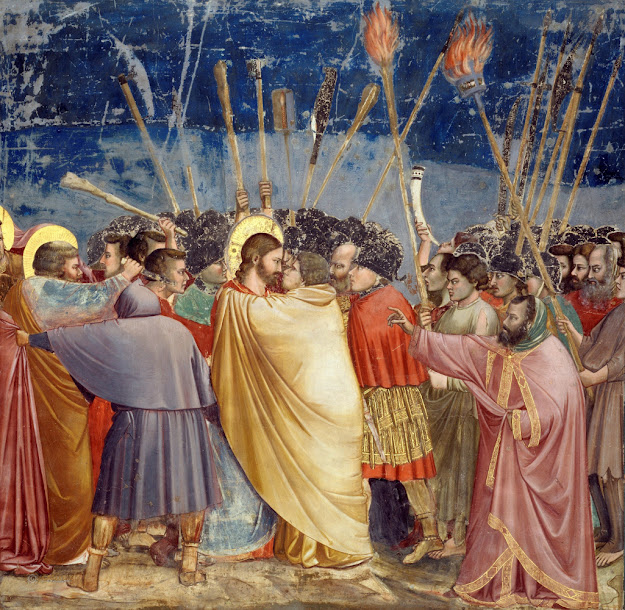 There are many places where Leo speaks of Volume directly. And yet in my memory, I believe he also often spoke of Unity when describing works which he felt manifested Volume, or a unified whole. And, though I have not read through all the transcripts there is something here that raises questions for me. I wonder if the transcripts will reveal them?

ONE NEEDS FAR MORE than just a few paragraphs to explore this idea because for me, there is nuanced distinction between Volume and Unity even though Leo would frequently interchange these words. Leo most certainly used these words to express something vital for all of us. But how did he mean them? 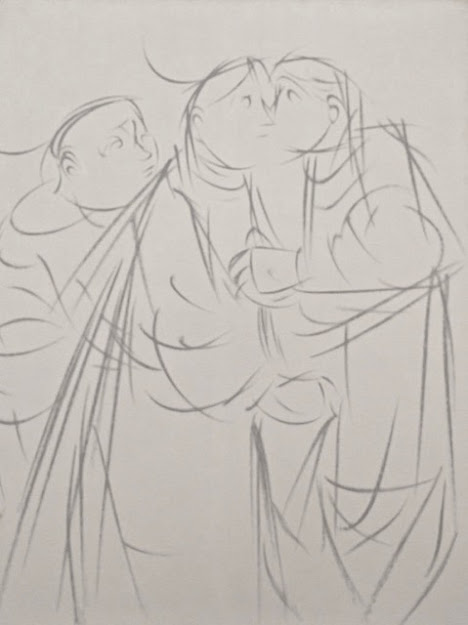 Over time, I have personally come to understand that a painting can possess Unity but may not necessarily manifest Volume. Yet, on the other hand, a painting that manifests Volume will always possess Unity. Of course, this my own idea, and I don’t know what Leo would say about it. There are so many questions that I would like to ask him now, 45 years on, since I became a painter.

BACK TO THIS QUOTE, I think we all understand that he is speaking about the unified whole of a work to which nothing more can be added. But then too, Leo often spoke of a unified surface when speaking about the success or failure of a certain painting.

The second part of the quote could be a bit confusing because this was an improvised discussion, and Leo moved uneasily between German, French, and English. We often knew what he meant, but sometimes, for someone unfamiliar with his manner of speaking, the syntax and semantics had to be disentangled.

BY THE TIME LEO BEGAN WORKING in Tholonet in the 1930’s, one can see from his early oils that his understanding of both Volume and Unity held the paintings as if in a tight grip. His study in the museums would have prepared him for the structure of the Aix landscape, though perhaps the light of Provence would have come as a shock. One can easily picture Leo working out in the landscape because we have a few photographs of this. We could also imagine him painting a group of blue trees together in the hillside. But in that moment, what we wouldn’t discern might be his memory of seeing the extraordinary Volume in The Kiss of Judas by Giotto. We know through all of Leo’s subsequent work of the large imprint of that fresco upon his artistic sensibility. And too, it has a unified surface of which he always spoke with such amazement.

This reminds me of a late afternoon in his studio, probably in the Fall of 1975. We were looking at a large version of Peter with Christ (The Denial of Peter) and I remember saying to him: 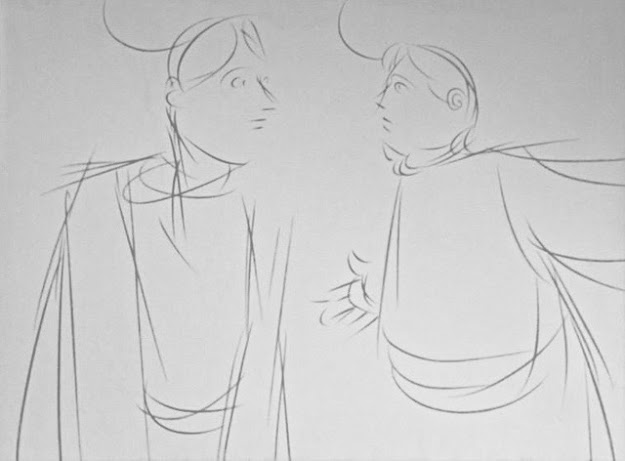 “There is something of Giotto in this”

And he looked at me, and replied

“Yes, certainly… there is, but also… there is something in it which is not in Giotto!”

I remember it so clearly, it was one of those moments when he lit up in the autumn of his life. 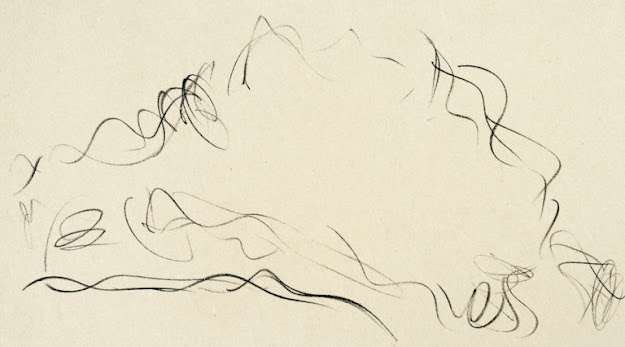 I THINK ALSO OF HIS OWN LATE ST. VICTOIRES, and the late drawings from Venice from which he made color lithos. In these works there is both Unity of Surface, and Volume of image. Anything extraneous to the organic whole becomes a kind of bricolage, which Leo always abhorred. Bricolage is the term that François de Asis usually employs to describe a painting that doesn’t come together coherently. It is a picture that has been merely stacked up in a disjointed manner, one element after another, with neither visible Unity nor Volume.

So Unity and Volume are both elemental in the work of Leo. But how would he define these words and ideas?