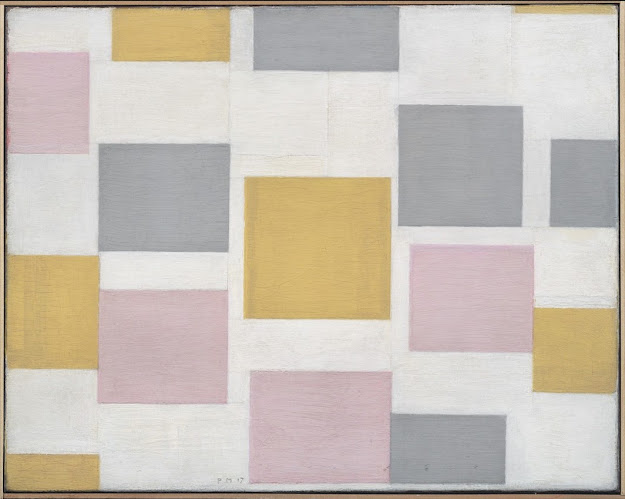 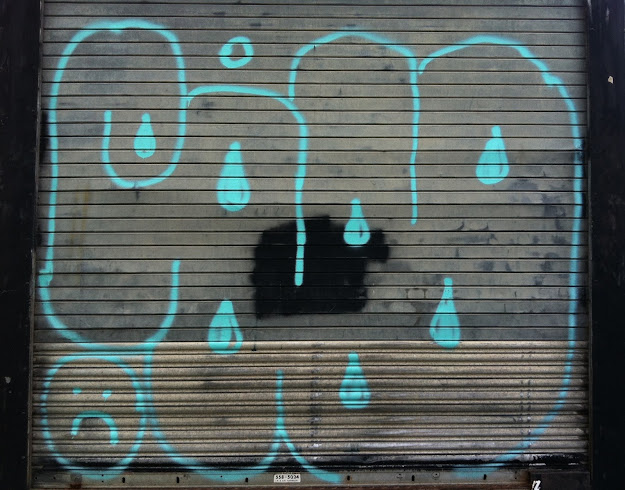 So the first image is one of Mondrian’s early pieces. It, like the second image, has been parked on one of my desktops for a hundred years. They sit crowded amongst many others like aircraft stored in the California desert awaiting re-use.
The second one is from the back of a truck which was parked for the longest time in the Industrial zone of Byron Bay here in Australia. I kept seeing it on different streets and the image grew on me over time. Finally, I snapped a picture of it so it could be parked on my own desktop.
I love them both for their unity of expression and their delicate colour harmony. The Mondrian is quite small, certainly not larger than A meter across but probably even smaller, about 40 centimeters or so. It is an intimate portrait, a dyslexic and future version of American wallpaper. It is an example of Modernism at it’s very precise best. It set off a whole movement of what I believe is called “Formalism” in the American school of the late 20th century.
The ‘tagged truck’ could be a signature of letters but I cannot decipher them. There is a self portrait of the artist as ‘bad boy’ in the lower left which I find endearing. Anyone who knows me well, will know that I have always hated graffiti. I am someone, who, when strolling about town likes to ‘possess’ an empty, even ugly boring cityscape just for myself, for my own imagination. But I am of another age certainly, and yet, I have liked a few things over many years but only if they are transitory.
I love the colour scheme here; the intense pale tropical blue signature against the ruined look of the metal, at times golden. The matt black of a solid shape sits in the very center like a weird bear and makes me think of Philip Guston.
Posted by cloudsandsea at 11.7.20