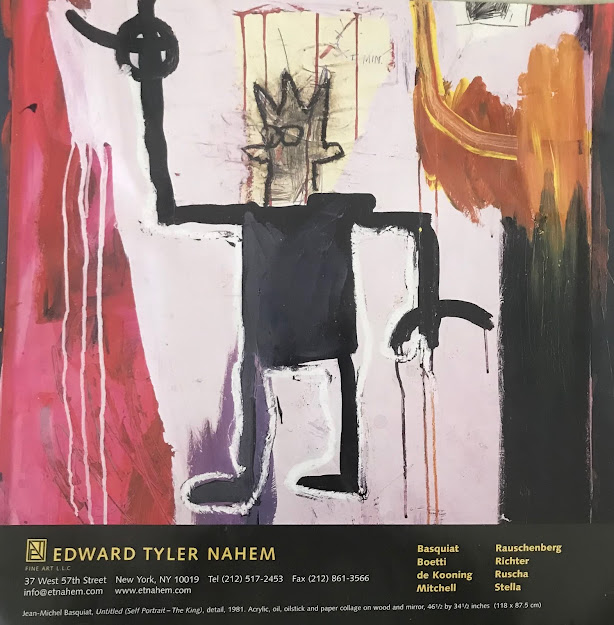 Now, to be upfront, I have never really been a big fan of Jean-Michel Basquiat. Yet there are many pictures which I like very much, and I have always recognised his creative gifts as a visual poet. My taste is kind of idiosyncratic but generally it might seem conservative to others in our contemporary moment of time.
My rule in this Art thing is to only judge the  work, not the artist who made it. I learned that when I had to formulate for myself a way of reconciling the vast quality of Picasso's work: the sublime, the less so, the dreadful, and all the truly awful works in the bottom of the bin.
So, when someone asks me what I think of Picasso, which is rare, to be fair, I reply with a request for a specific work in that person's mind even if they weren't thinking of one. It has become an easy, practical and diplomatic way to navigate Art criticism.
But, back to Basquiat, now deceased, we know that his commercial success lives on a planet far outside of our own general orbit. I have seen pictures which I have liked very much, many of which have stuck in my visual memory bank for years. I also find his work quite meaningful in this time of Black Lives Matter and COVID all mixed up together, prescient, even.
This picture above is one which captivated me  but I was always bothered by an indiscriminate use of 'local' colour which includes white paint. So I decided to change things around to see if I could make it work for me. Its problems have to do with light and its arbitrary colour, but specifically, its overall lack of graphic unity which can either kill a painting or send it up to the Louvre. Either way, it is something which can make or break an image's success or failure. I present his painting above in its original state. The following one (below) is with my alterations, for better or for worse. 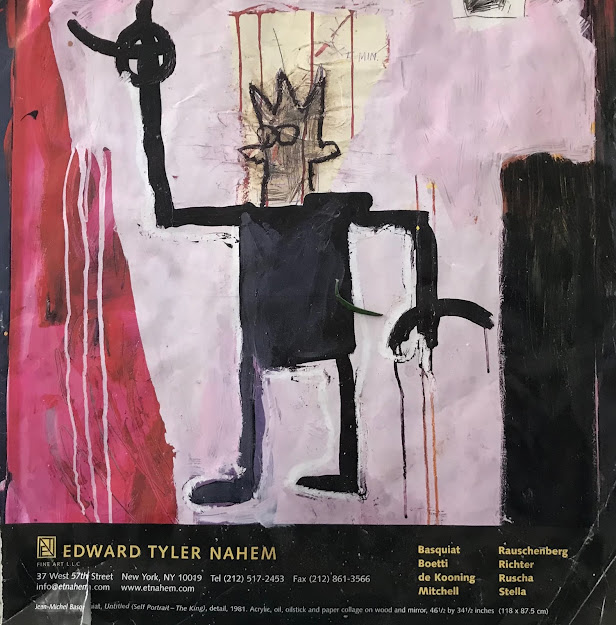 I see now that I have rendered it more simply, more rather, 'directly and to the point' so to speak. It appears more austere because I am less distracted by the the slash or (splotch) of gold on the upper right corner. To me, it did not add anything to the picture (but I confess now that maybe it isn't as bad as I had felt it was when I first discovered this image years ago) and moreover, the over-all graphic harmony does definitely seem more coherent to me now. I cleaned up the figure's right leg and also around that quirky-looking bird cage halo so that it doesn't get lost in all the surrounding pink space. It is decidedly more straightforward. If it were a short story, it would be one which had undergone many revisions and which is not a bad thing. I do understand though that his great universal appeal is all about that brutal urban drama, that 'in your face' splash of cold water, 'the pie in the face moment'. His work seems so emotional which I like but I think much of it would be better expressed and last longer in my imagination if it went beyond what writers call the 'shitty first draft'. Writers revise, revise, and revise again. Basquiat could have revised, but then perhaps too much of his emotional anguish would have been lost for the viewers. Who is to say?
(Addendum)
I think it's a shame that such a talented poet of a man, didn't find his way out beyond his own bedroom walls so to speak. Of course, he flourished inside them but he didn't make the leap out across the bridge to a place where his big creativity could give way to the long shadow of Painting history. He could have learned great things from Van Gogh for example. But I know that large famously successful artists, especially since Picasso, often don't possess enough of an understanding about Painting history  because their contemporary egos take up all the space inside them. There is simply too much personality in too many paintings. (I know of a few who fit this bill and their work suffers because of it). I also understand that there will be many who will find me repugnant to even suggest this.

That Basquiat began as a graffiti artist is no surprise because his paintings on canvas and wood panels are graphic illustrations, and he is very, very good at making them. Sadly though, I, too often, find that (straight from the tube) white paint a very abusive substitute for LIGHT. And the same could be said of Picasso whose abundant use of white paint  created truly appalling things. Indeed it is a big problem, this lack of LIGHT. I capitalise it because it is the light of a painting which can unify a coherent drawing or design of a picture. Sadly, too many painters use white paint to replicate the luminosity of light and this is impossible.
Many of Jean-Michel Basquiat's pictures are still very sexy chic and made for this era.  This is also the era of Grunge-Chic where heroin and tattoos meet investment banking in condos high above the grit of Manhattan streets.
Here are some things which I really love for their simplicity. 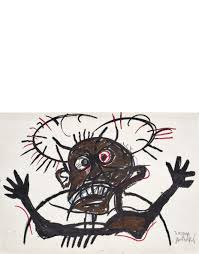 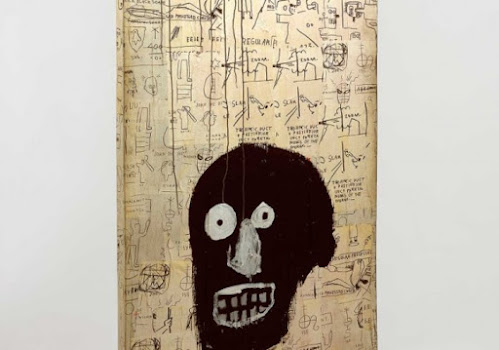 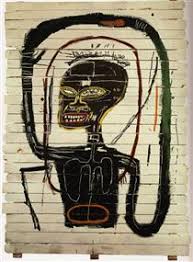 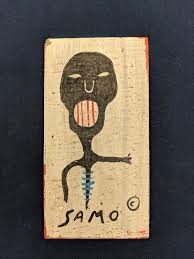 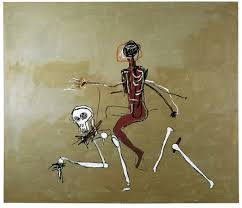