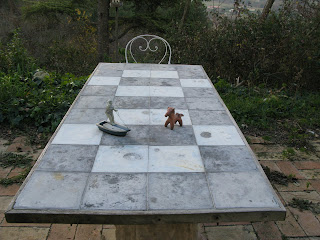 Ouch! Its cold! The winter has raised his snout! The French are besides themselves!
When it goes below zero they freak out! But they are right in that they worry about their homeless on their sidewalks and under their bridges everywhere within the borders (l'hexagone). There is a side to France which makes one grateful for their very existence, their inherent belief (self-righteously or not) in solidarity (Solidarité Française). Its an idea so integral to the French idea of Citizenship. The French believe that an economy should serve their society while America believes that society serves its economy. For an American, the idea of solidarité in regards to our fellow citizens is an almost foreign concept. We are still cowboys who believe in pulling ourselves up by the bootstraps, as it were. Perhaps this will change quite soon though. Our social infrastructure seems to be falling apart, there are fewer bridges for our homeless.
Posted by cloudsandsea at 15.12.09