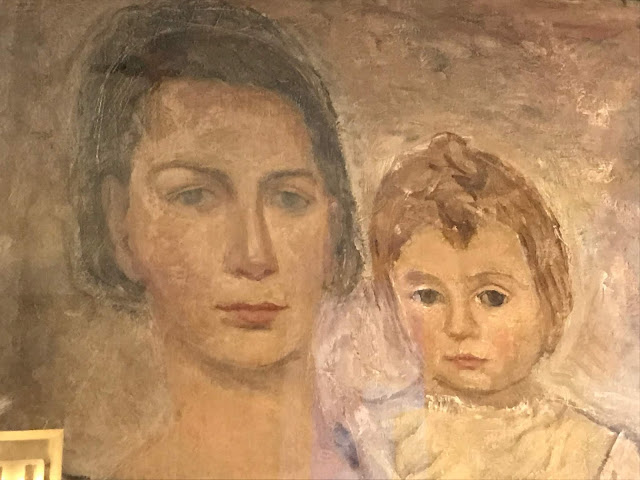 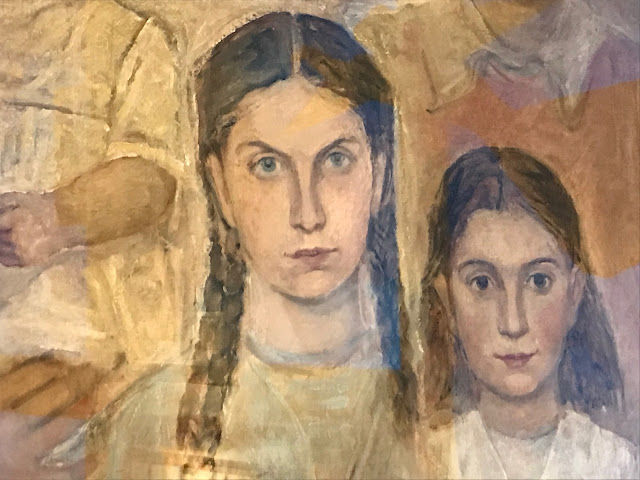 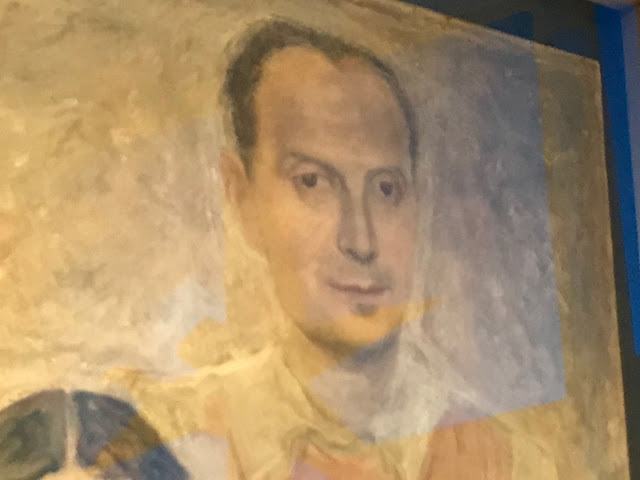 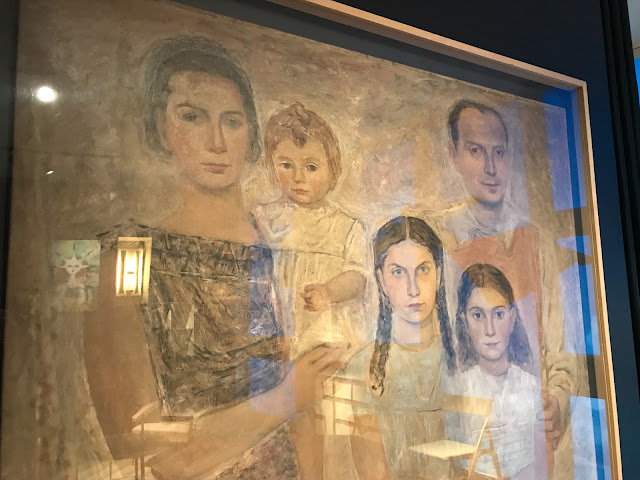 Last November, I was at the Musée des Arts Décoratifs in Paris where there was a marvellous exhibition centered upon the life and work of Gio Ponti, a Milanese architect who pretty much shaped Italy's post-war landscape. He was immensely talented in so many different areas; furniture design, kitchen ware, sculpture, watercolour, gouache and drawing. And of course hundreds of buildings. I was floored by the entire output.

But, amongst everything I saw and liked, I was especially moved by a family portrait painted by Massimo Campigli which was behind glass. Campigli was a quirky kind of painter in that he seemed to specialise in primitive, naif portraits (as I note from Google search)
I had never heard of him but he obviously had a certain success in the post war era. At least, his output was large.

But the portrait of the Ponti family moved me very, very much. I wish I could have made better photos of it. What was it? Certainly it comes down to the Humanity which I found in all the expressions. Curiously, I sent the first image of the wife and child to a painter friend who dismissed it out of hand because he felt that the mouth was all wrong. I was surprised that I didn't receive a more engaging response. But anyway, what I believe he missed is the aforementioned sense of humanity. It's a quality which transcends the lack of technique, the clunkiness of a work and renders it original despite all its imperfections. This is a strange family portrait for a few reasons but it is this strangeness which makes it an original. And Baudelaire said one of the most important things about originality. He said that on first sight an original work usually appears ugly. This always made me think of the shock which so many people would have felt when seeing Van Gogh in his time.

I studied with Léo Marchutz, and as an painter himself, and as critic, he often spoke of this humanity in spite of any of its flaws while looking at a work of art. He showed me that this humanity goes back thousands of years and has revealed itself so often.

I am forever grateful for this quality of observance which he so kindly and patiently bequeathed to me as a young student in Aix.

There are lots of things to say about this portrait but again, it is in these expressions upon each face; as parents, as children, all somewhat separated from one another (excepting the mother and small child) through which I entered into this humanity.