reprint of a simple tale 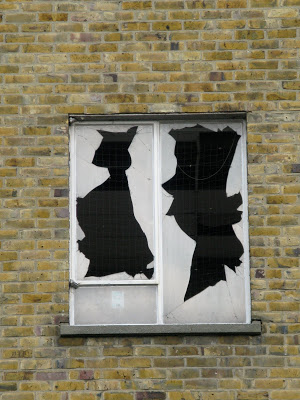 Snow this morning, everywhere a white rug! Apropos, I was just speaking with my Dutch friend Joyce about the snow, ice and other winter things when she  asked me out of the blue if I had ever ice-skated? I replied that I used to play ice-hockey when in school. "Oh really" she said "why am I not surprised, you seem to do everything". I laughed, and suddenly remembered a story of me going to visit an old girlfriend in Amsterdam which I then recounted to her over the telephone.
"It was winter, (I began) and we had planned to go ice-skating. She wanted to present me to one of her dearest friends at an outside rink. She had asked me well in advance did I know how to ice-skate? I assured her this was no problemo. Ha Ha. On the day in question, I cannot remember why, but we had been quarreling when we arrived at the rink and watched the Dutch skate swimmingly around the large oval. A devious inspiration manifested in my childish brain. I nudged my girlfriend over to me to indicate that there was a small problem. She looked at me as if expecting a complaint of a blister on my foot, or something equally as inane but I lowered my head appropriately to discretely inform her that I had lied, that in fact,... I did not know how to skate after all! Naturally (naturellement), she became annoyed with me, I could tell she was angry at the deception. "How could you lie to me?" she cried out loud.... it was the lie which upset her more than the fact that I would now embarrass her in front her old friend acting like a spastic.Shaking her head, she took off to begin circling the oval while I lumbered around the sides making myself ridiculous, Charlie Chaplin being in my mind. She looked over from time to time with exasperation as I fumbled around making a fool (imbecile) of myself. This went on for about ten minutes until I decided that I had gotten my revenge as silly as it was..... Poor girl, I wasn't an easy boyfriend. When I think about it now, I realize that to be in a couple, is to be in a state of war always. Usually though, its operating at the most subtle of layers  Hell, Its no wonder I'm a bachelor.
Posted by cloudsandsea at 23.8.19