At the Tate Clore Gallery a few years back I found my way to the watercolors, many of which are sacred to me, certainly to so many others.

His sketchbooks reveal his often messy, but immediate approach to working in front of the landscape (the motif).

I read a biography of Turner long ago but didn't retain much, but one story impressed me a lot. Apparently, Turner loved fishing, and he could often be found by the small river next Petworth, I believe, or if not, another of his patron's palatial homes. A grandson of the owner would often join Turner at the river and watch him fish with his small rod. He recounted this to the biographer as a grown man. He only saw Turner 'work' once because apparently he fished a lot. But one day, as storm clouds approached on the distant horizon he watched Turner take out his small watercolor book, and satchel of material. He then soaked his paper, dried it crudely with the cuff of his sleeve, then he scrubbed the paper with a brush full of color in a sloppy fashion. He proceeded to work like this for about 30 minutes, back and forth with his fingers, brush, and sleeve until suddenly appeared a set of hills in the distance with wild-looking dark clouds running across the small page of his watercolor book. As a child he was entranced at this event.

I often associate the image of the fisherman and the painter. Afterward all, it is an activity done mostly in solitude at the mercy of all sorts of weather. And both painter and fisherman (and fisherwomen) go out bravely to see what the gods will offer up to them. It is always a surprise for both fisherman and painter.

Sometimes walking back from the small dune carrying my painting pack and easel, where I have worked under the wild weather, I too, feel like the Old Man and the Sea. 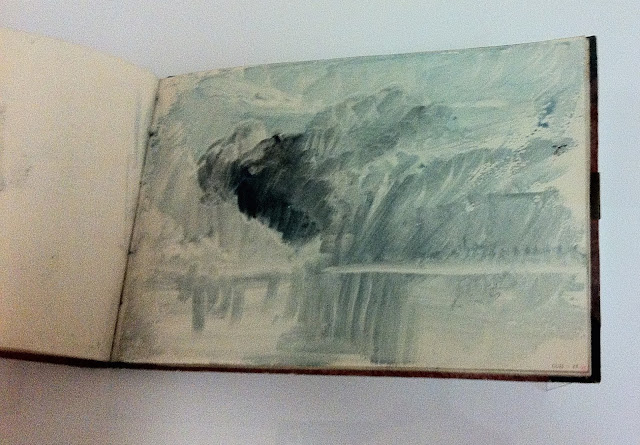 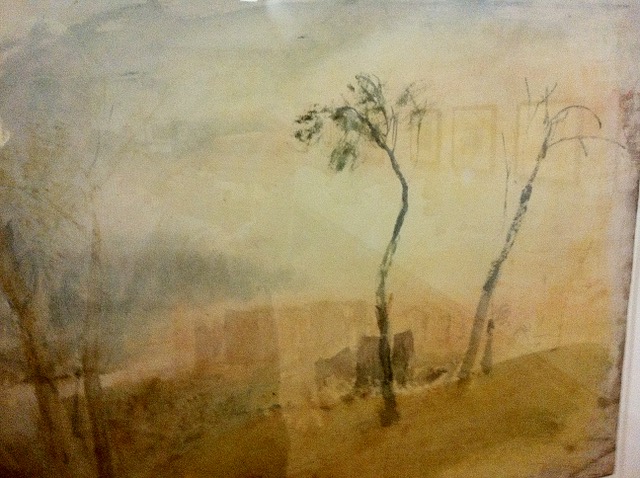 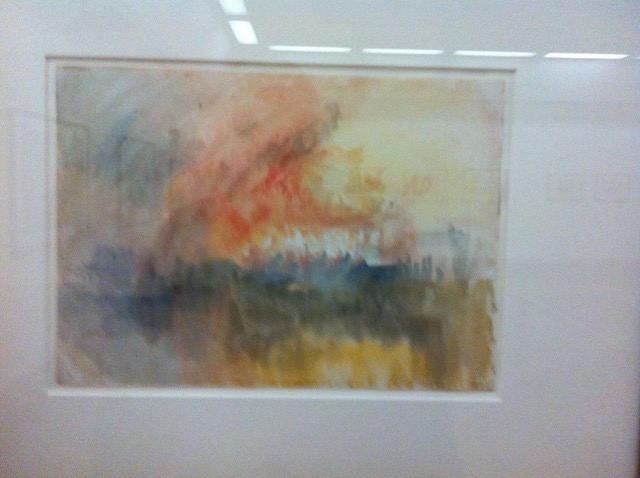 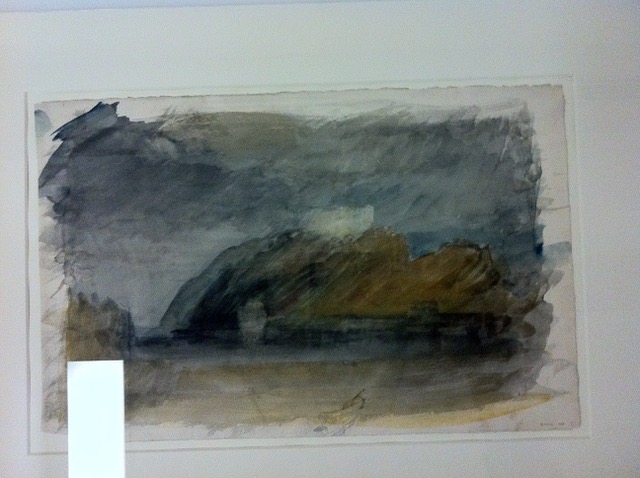 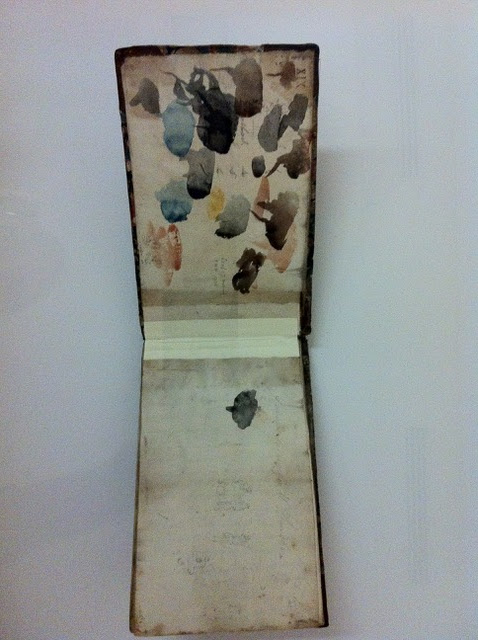 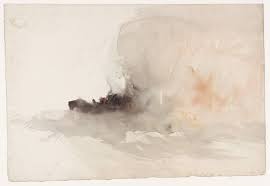 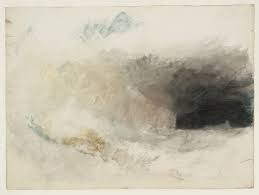 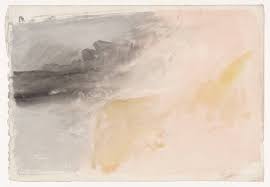 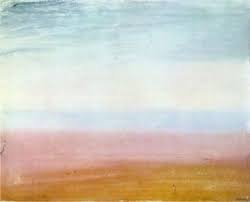 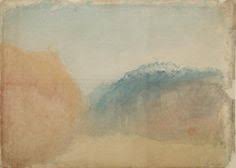 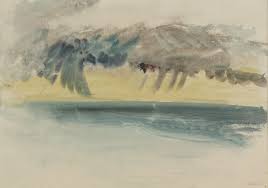