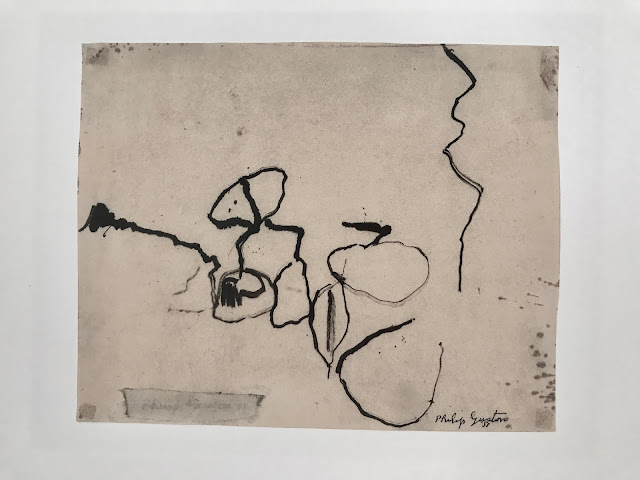 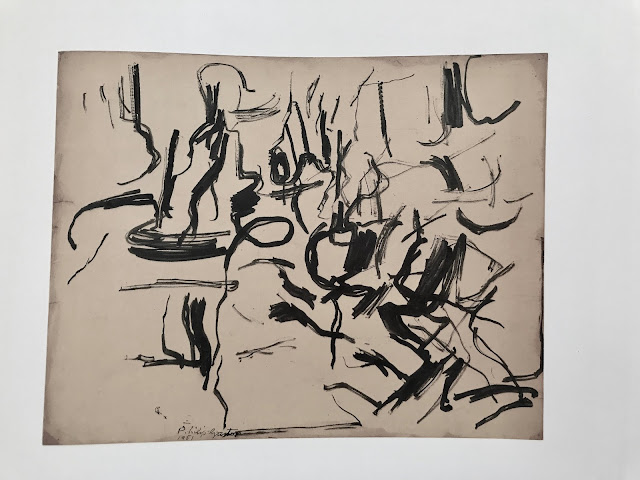 I have long looked at these two drawings as they face one another in a large book about him which I pick up from time to time to see how a painter from his generation looks today barely 60 years on.

I have always marvelled at the top one but felt disappointed by the one underneath it.

It makes me curious about my own thinking and my own sense of craft.

I imagine they are both 'drawn from a motif', that is to say, from a still-life but that seems irrelevant to my point. Whether done from imagination, memory, or motif, it's all the same to me; a drawing either succeeds or it fails, mostly,... sort of.

Ruthless I am! Yes... but hey; an experience of art should be intoxicating. So if one wants to get drunk, why not pick the best wine?

The drawing above opens itself to the page. There is a luminosity which pours through its entire surface and which creates different spaces. Its light moves but does not seem to stop. In fact, it feels quite Japanese in this regard. I like it very much because it appears to be breathing each time I visit with it. Most importantly, it surprises, and this, for me, is an essential part of why I  crave the artistic experience as a maker or spectator.

The drawing below, the longer I look at it, never seems to get moving; it feels clogged up somewhere; suffocating, unable to open up to the page upon which it was born.

But it isn't a bad drawing, it's just one which does not possess that spontaneous clarity which I find in the drawing above it. It is more of a declaration about itself than a question, and I like questions.