Velázquez, and the souvenir of youth 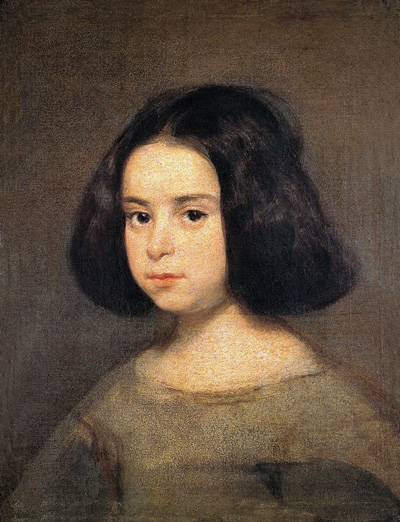 I know it's not fashionable in this Contemporary world of Art to go on about feelings, and such, but I do anyway, because I can.

Post-Modernist education, instead of just looking at a painting, would have us all locked in heady thought and drunk on anthropological Kool-Aid. The context of it has become more important than the picture itself. But Art has braved several thousand years of kingdoms, academies, popes, and political manipulations. A genuine artistic act an original vision and one which has always defied the political,  religious, and scientific prejudices of each Zeitgeist from the very beginnings of humankind. But not without great difficulties because in every age Humankind is either too greedy or foolish, or a bit of both.

At this moment in time we are at the mercy of an effete 'Post-Modernist' educational system more potent than the French Salon in the late 19th century. They would teach young minds to think instead of feel, and herein is the silliness. We can discuss works but we cannot no longer make them. It is easier to critique  a work of art than make one in this aftermath of such a conformist education. And isn't this the greatest irony?

I am reminded of all this when I come across a portrait of a young girl by Velásquez. It is a magnificent picture, as alive today as it was when painted back in the 17th Century. She has perhaps grown up? Maybe not, possibly she died in a riding accident, or was married off to an old Marquis somewhere in the Spanish countryside. Maybe she lived to the old age of 60? But the fact is; she is now gone but here today reminding us that this moment here, now, is all we have.

I think too, of my Evening Prayers as souvenirs. If, and when they work, (which is not always) they too, become reminders of the what the sea looked like at dusk.

And like the portrait, this evening has also now gone. But like waves, these evenings will keep coming no matter who is there to witness them. 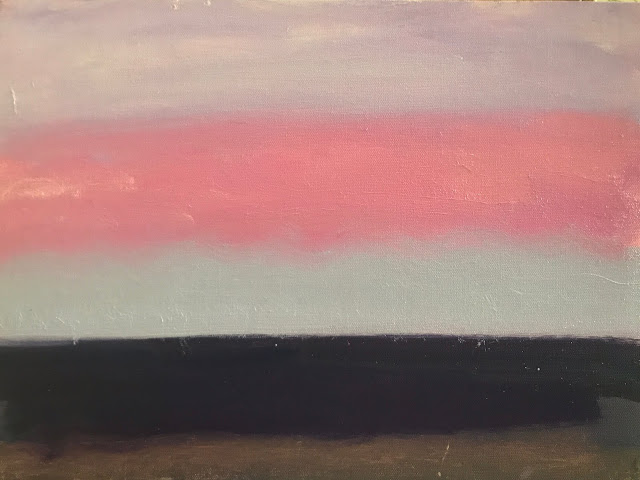 Maybe, we have to hit a certain age to appreciate this simple fact. Maybe too, this is the reason that so many older people walk the beach at dusk.