Simca, and the right to drive on the left. 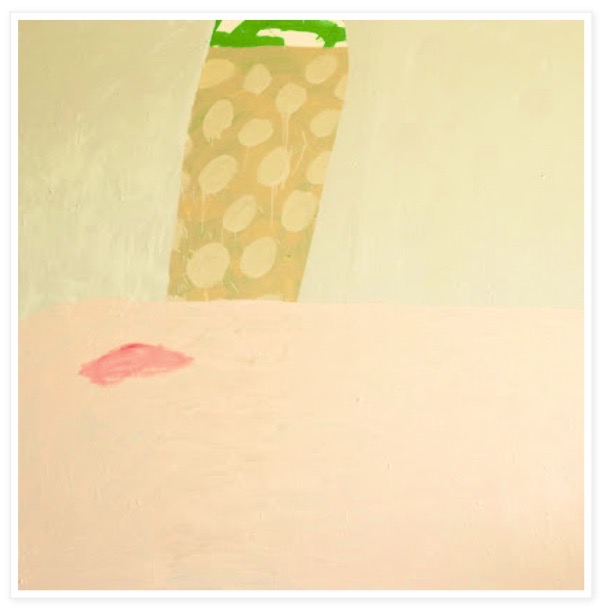 A friend wrote me to say that my recent rants about Post-Modernism seemed "a bit cheecky" as she put it as nicely as she could.

"You have made loads of paintings which might be defined as Post-Modernist, aren't you playing the fool with all these ideas of yours?"

Of course, she is right because I am interested in so much of everything, and I'm flooded with ideas most of the time. But generally I like to stick to Painting, and the question always comes down to whether or not there is a coherent way of expression which suits a particular medium of Painting.

As I haven't replied to her email but if I did, I would tell her that lots of ideas fly into my head all the time, they mostly fly straight in through one ear and out the other. But others can take up residence inside me like swallows in a draughty barn. They can hang around for months, and years. Some even die in there but it's all good, as they say in Australia.

Simca is from a series of large paintings done in France. I was experimenting to see if I could create non-objective-looking pictures, but they had to be images which possessed meaning, however obscure.

I would explain that I had seen an exhibition one wintry day in Paris about 15 years ago at the Dina Vierny Foundation. It was devoted to the Russian artists at the time of the revolution. There was of course, Malevich for whom I haven't a great fascination, but so also many other graphic artists like Rodchenko and Lyubov Popova for whom I do, and I was thunderstruck that afternoon where I spent the day. I had never seen so much refined humour in such serious work. I thought about it for months afterwards but it would be a few years before I would begin thinking of a new direction for my own painting after what I had seen.

One thing I was sure of was that it would not be too serious in nature because I am not a serious man.  I am more Tati than Tatlin, but I understood that much of this work from Russia had an immense influence on everyone everywhere else around the world. It was a creative wave riding atop the revolutionary tide, for at the beginning, at least, the artists were believers in the possibility of a whole new society, however short-lived. This yielded to other movements like in Paris around the same time, but where Russian artists were springs of hope,  Dada was a cloud of cynicism. (Sacré Bleu! Zeez French!)

But, anyway, I had an idea which has hung from the rafters inside me since then. I still work on these pictures but sadly, they live like orphans in my studio until finished. If my dear old friend doesn't get an email from me she can read this post instead.