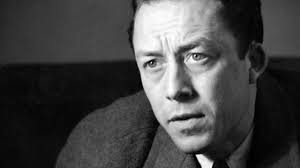 In the recently published correspondence between Albert Camus and one of his lovers, the actress Maria Casarès, we learn that on the day before his death in a car accident, Camus posted letters to three separate women arranging rendezvous.

I love this anecdote especially because it is so politically incorrect in this age of ours. I like that it reveals the chaotic nature of the human heart and the unpredictable emotions of an artist.

I love that he wrote love letters. But the French are great writers of love, and everything else.

In one letter to his lover Maria Casarès he enclosed a twig of thyme which which reminds me that Rilke once received in a letter from his wife a sprig of heather from Scotland that he contemplated for weeks afterward.

I know that much fond feeling floods the internet, but have I forgotten the emotion just to feel the paper which one's lover has folded in thirds as it comes out of the envelope? And what of the quirky or clean penmanship? Or the stamps licked by one's lover too? The blue ink or black? What about the intoxication one submits to unwillingly for a letter which one has awaited long days or weeks even.

These are a few things which have evaporated for most of us due to our speedy needs.

The love letter, this antique vehicle, is not dissimilar to another relic of old France which has it that the best part of sex is climbing the stairs to the bedroom.

His letters were published in Paris not long ago. I almost want to read them but wouldn't it be better to write them myself? 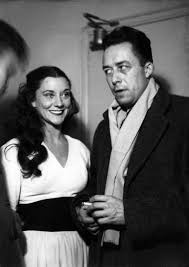