Ai WeiWei, and the problem of the vase starring Tony Shafrazi! 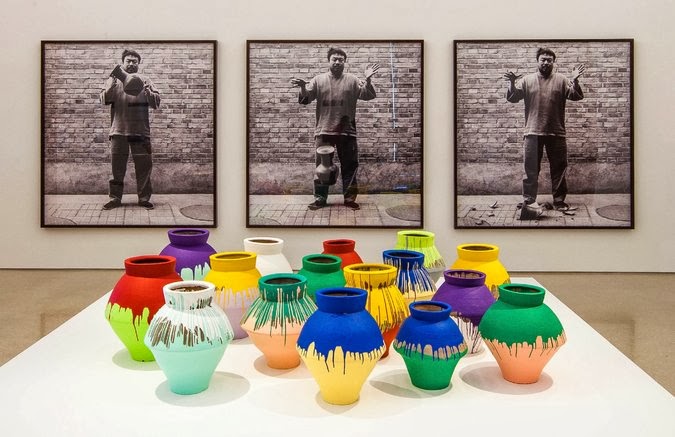 One of these jars by Wei-Wei was smashed to the floor by an artist in Miami at the recently opened Pérez Museum. He (the perpetrator) spoke with a reporter for the New York Times. His grief, he claimed, was “for all the local artists in Miami that have never been shown in museums here.” "Miami’s museums and galleries", he said, “have spent so many millions now on international artists,” without, in his view giving any attention to local talent.
“It’s the same political situation over and over again,” he told the newspaper. “I’ve been here for 30 years and it’s always the same.”

I will not mention his name so as not to add to his celebrity but to break a $1,000,000 vase by the leading contemporary Chinese artist Ai WeiWei is more than just chutzpah, as they say in New York. He goes even further and says, “I saw this as a provocation by Ai Weiwei, the artist/protester/vandalizer told the Miami New Times, "to join him in an act of performance protest,” Chutzpah, indeed!
(He was referring to WeiWei's famous work entitled  “Dropping a Han Dynasty Urn,”  wherein WeiWei destroys a priceless Han urn, "to make a point about valuation of art and everyday objects as well as the fragility of cultural objects".
Its an interesting theory but it usually plays out to be more a move to generate publicity for the author of the defacement in question. Think of Tony Shafrazi, who in 1974, took a can of red paint and sprayed Picasso's infamous Guernica with large lettering: "KILL THE LIES ALL". Grabbed later by a MOMA guard he shouted: "Call the curator, I am an artist".
He was, of course, arrested but he did get off with a slap on the wrist. This is the new American paradigm, (but soon to be world-wide, if it isn't already). Shafrazy is now a wealthy gallery owner, and also a heavyweight on the Contemporary Art scene.

And, this latest act of defacement will feed conversations at dinner parties from London to Los Angeles, (briefly maybe) but it's the discussion which nobody wants to have:
'What is it really worth: this thing called CONTEMPORARY ART?'
While all the big guys (and gals) play musical chairs, it's under the table where one finds the elephant in the room.

Speaking of all these vases, it's made me think of this one from a recent post. If it was broken in this fashion my heart would have been shattered. 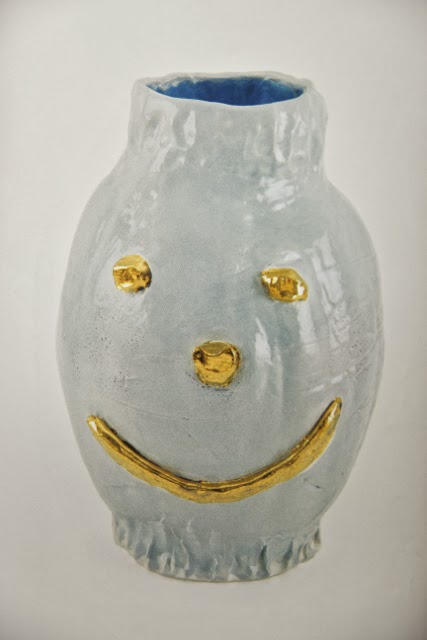