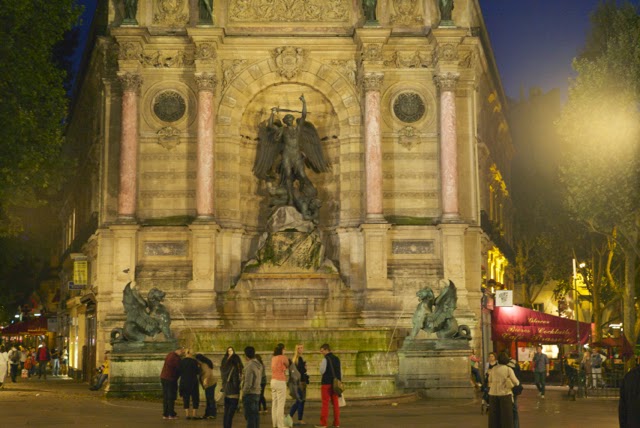 'For decades, only a tiny elite knew anything about Claudel, Péguy, Rolland, Suarès, and Valéry, Alone among the people of this busy, fast-moving city, they seemed to be in no hurry. Living and working quietly, for a quiet life without raucous publicity mattered more to them than thrusting themselves forward; they were not ashamed to live in a modest way so that they could think freely and boldly in their artistic work. Their wives cooked and kept house; it was a simple life and so their friendly evening gatherings were all the warmer. They sat on cheap wicker chair around a table laid with a plain check cloth- nothing grander than you would have found in the home of the workman on the same floor of their building, but they felt free and at ease. They had hop telephones, no typewriters, no secretaries, they avoided the intellectual apparatus of propaganda; they wrote their books by hand as writers did a thousand years ago, and even in the big publishing houses such as Mercure de France there was no dictation and no complicated machinery. No money was wasted on prestige and outward show. All these young French writers lived like the people of France as a whole, for the joys of life, though to be sure in their most sublime form, joy found in creative work. These new friends of mine, with their straightforward humanity, revised my ideas of French writers; their way of life was so different from that depicted by Bourget and other novelists at the time, to whom the salon meant all the world! And their wives taught me a great deal about the shockingly false picture we had gained at home, from our reading, of the Frenchwoman as mondaine bent only on adventures, extravagance and the sight of her own reflection in the mirror. I never saw better, quieter housewives than in the fraternal circle- thrifty, modest, and cheerful even in the most straightened circumstances, conjuring up wonderful little dishes on a tiny stoves, looking after their children, and at the same time in sympathy with their husbands' intellectual interests. Only someone who has lived in such circles as a friend and comrade knows what the real France is like.'