on the contemplation of suffering 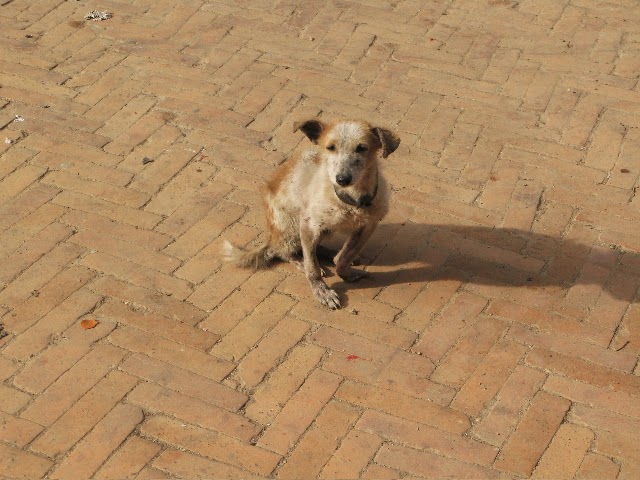 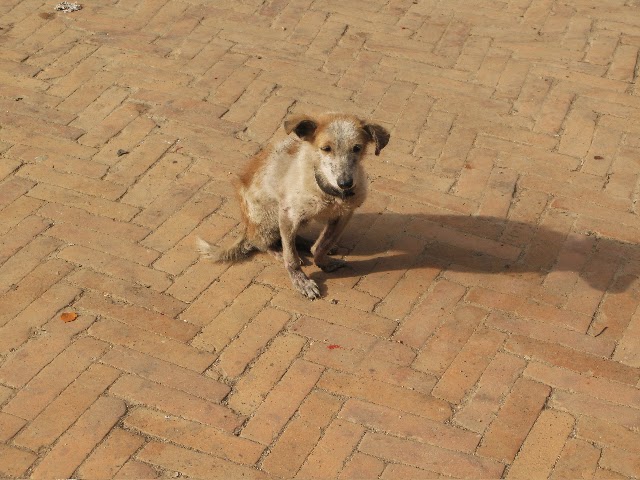 I met this poor dog in the heart of Katamandu a few years ago. And, I met some pretty sad-looking creatures there during that visit. Between all the apparent human suffering in Nepal it seemed almost ludicrous for me to focus on the dogs of Katmandu, but that is what happened. I ended up just taking photos of dogs everywhere. Not many people had much sympathy for them, probably because being a Buddhist country they believed that dogs were payback for earlier lives lived in sin or sumptuous decadence. In any event I became obsessed and was on the lookout for them. I heard of a western woman who had created a sanctuary for them but I never met her. My friend who lived in Katmandu told me that her house was teeming with all sorts of dogs and cats in various stages of hospitalization and recovery. Rolling her eyes, she described seeing one dog which was missing its back legs and was scooting around on a skateboard.

This poor thing (pictured above) broke my heart completely. Two of its legs which had ben broken had evidently set at odd angles so it hobbled around in a kind of stoic daze. I managed to find a small 'store' and picked up boxes of dry crackers which I mixed with water in my hand to feed it. It was delirious with delight, but of course I had to walk away afterward, quietly weeping all the way back to where I was staying.

Thus, I have never quite forgotten this little dog (his photos are on my desktop) which seemed to have accepted its own condition with stoic resolve. If only I could learn this for myself as I contemplate "my own suffering" and that of so many others around me in the western world. How does one survive the great pains of Life only to be swallowed up by our own suffering, and adding our own story to it, which as the old wise guys say, is optional.