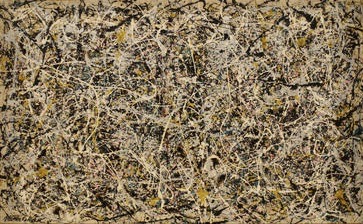 Below are some excerpts from an article which came out last week in the New York Times about Keith Jarrett. He has been undergoing some serious health issues and has been unable to play for the past year. Sad news for all us.

I was mad about him for years and managed to see him a few times in France.

I love the small anecdotes which are copied and pasted below. I love what he says about Coltrane and how he spawned a generation of imitators. And this makes me think of the parallel situation in the Painting world. There are few really original greats of any era but there are many, many imitators. Think of Rembrandt, Caravaggio, Manet, Monet, Cézanne, Picasso, Klee, de Kooning, Pollock, and even Donald Judd. But I don't endorse any of these artists as great, or not, or even worthy of praise, or not, I just point out that each of them still live on a cloud street overhead and high above of imitators as far as the sky can see.

I love the second excerpt about his aunt who advised her 3 year old nephew to create something from a burbling brook on the piano. Now, this was a cool and clairvoyant woman!

And lastly, the one wherein Jarrett renounces the 'musical idea' before a recital. Few artists who have tried to paint a picture really battle with this notion as it is a rare preoccupation I believe but I have spoken of it a little before. Most people (myself included, and too often) approach a motif with an 'idea' and this can be a comfortable way to face the terror of an empty canvas. But the really great ones of our time, in any field, simply don't need to think anymore, they proceed with a great trust in their own gifts and with grace.  Their practice has been done, and so has their thinking, they simply open up to the Muses which have assured their confidence. One could say even that they place their trust in something higher than themselves.

“I feel like I’m the John Coltrane of piano players,” he said, citing the saxophonist who transformed the language and spirit of jazz in the 1960s. “Everybody that played the horn after he did was showing how much they owed to him. But it wasn’t their music. It was just an imitative thing.”

According to family lore, he was 3 when an aunt indicated a nearby stream and told him to turn its burbling into music — his first piano improvisation.

Of course, imitation — even of oneself — is anathema to the pure, blank-slate invention Mr. Jarrett still claims as his method. “I don’t have an idea of what I’m going to play, any time before a concert,” he said. “If I have a musical idea, I say no to it.” (Describing this process, he still favors the present tense.)