Nicholas de Staal and the dilemma of engagement

The other day a painter (and acquaintance)  asked me what I thought of some of her paintings. I had looked at them and was at a loss of how to be honest with her without hurting her feelings.

A long time ago I learned to never ask anyone such a thing about my own work. I learned the hard way because once many years ago when I did question a friend about a painting and received a negative response, I got such a resentment that I almost went into cardiac arrest. I vowed to never fall into that trap again. Ha Ha, And, I haven't.

If one cannot handle someone else's opinion then they should never broach the question.

I have learned to avoid this problem by simply explaining that I was not engaged by the work in question. And I wasn't lying. But then, I had to explain what I meant by engagement. It turned out reasonably OK, I think, as I waded into a swamp of ideas and concepts ad libbing the whole way.

But I realise that this question of engagement in Art is  crucial for me. What does it mean to be engaged both intellectually and emotionally by something which we collectively assume to be Art? I know that it really doesn't matter for 99/100 of the world population but hey, if you are reading this it must mean something.

Art criticism is an age old endeavour, one which was fairly widespread in the wealthier nations up until the 19th century. All hell broke loose in the 20th century, while now in the first 2 decades of this century, it is such a delicate subject that only the really brave, (and angry)  either consider it still something real, or just a dusty remnant of pre-post-modernist library.

I love the debate about Art though but I am hardly a public persona. Yet, how I look at a painting is as important to me as the ranking of one's favourite football team to someone else.

To be in front of a painting, and engaged in it,  can reveal the same emotions as that of an epicurean's last few panting steps before entering a 3 star Michelin restaurant in Burgundy. It is an affair of passion.

So, just for fun, I throw up a few images by Nicholas de Staal who lived and worked around Provence, La Drôme, Antibes and Paris. Poor guy, after a very productive life of work he killed himself (défenestré) at the young age of 41, apparently jumping out of a window in the middle of Antibes.

I have a soft spot for any artist who kills himself even if I haven't always understood his work. But I can engage with these pictures. I understand their graphic truth. 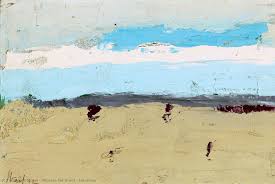 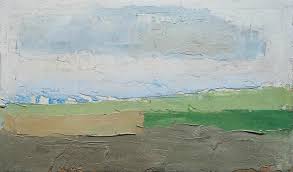 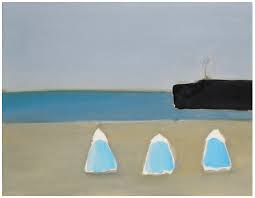 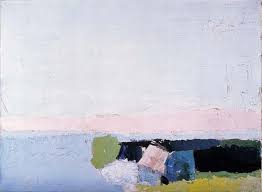