Spinelessly effete at foot in The Metropolitan Museum of Art 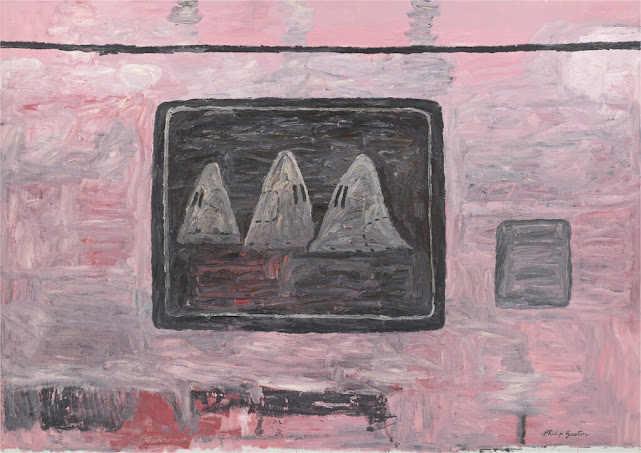 Poor Philip would roll in his grave if he saw this headline 40 years now after his death. I have always loved his devotion to Art through his own original vision crafted out of the Classics.

I first saw his work as a child in New York and his brushwork spoke to me. I am indebted to him for this very early feeling for the sensuous use of paint and the delicious insouciance of his oeuvre though at the time I was too young to understand his motifs.

That he left his earlier adherence to the Abstraction Expressionist movement was courageous, but his intuition which led to the very far-out cartoonish paintings of his later life was clairvoyant. They led his return to the visual world of people, places, and things, after a whole detour through Abstract Expressionism.

He wanted his images to speak out about social issues going on around him during that dark  American chapter. He found a voice through painterly means and he exploited it fully to illustrate the deadly racism so prevalent in his country.

Here was a painter who adored both Piero della Francesca and Massacio, who managed  to channel their visual acuity, and to make something so irrelevant, and outrageously American in spirit on the one hand, yet so weirdly 14th century on the other.

And so he would be bereft at learning that his iconic paintings which make fun of the KKK will not be shown in the near future out of fear that they might upset the feelings of people whose lives, and "feelings", have already been ruined by the racism caused by the the KKK for decades in America.

The article appeared in The York Times about two weeks ago. 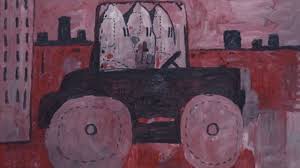 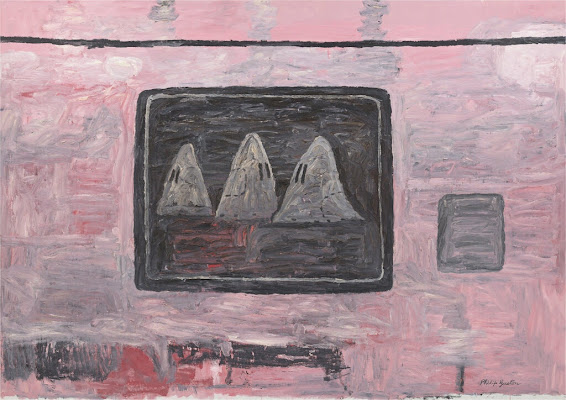 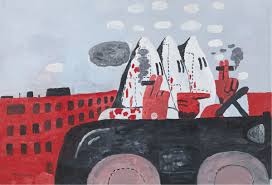 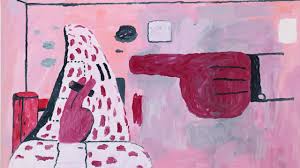