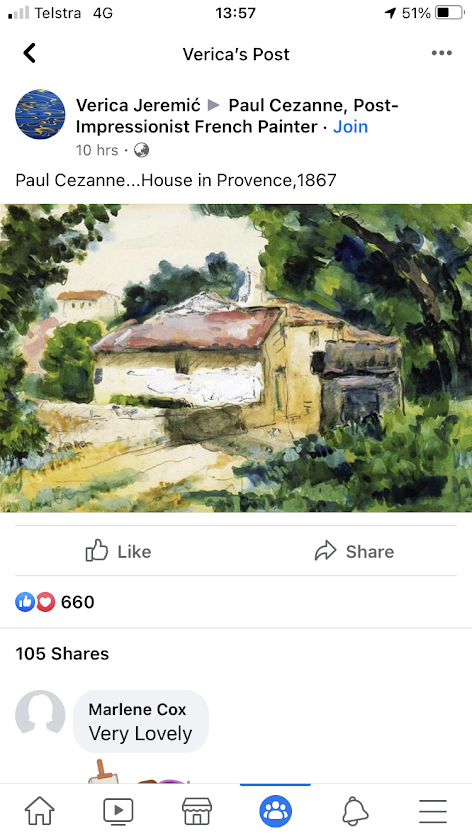 This appeared on my Instagram feed the other day. Of course, Instagram is a real circus of freaks which I think it's why I like it but also because one can exhibit most anything to their heart's content.

So this arrived as I scrolled one evening, bored with the news because Trump has gone AWOL. The awful sad truth is that I miss Trump! I really didn't see at the time that my addiction for Trump was so out of control. I always understand that my interest in him was out of the perverse fascination for his fakery, everything from his fake hair, his inflated fake bank account, to his fake tan, and dubious golf scores. His was the ultimate reality president show, but you get the point. I know that I am not the only one undergoing a withdrawal from him. Ha Ha.

But just as fake as Trump's whole show (and life) is this Cézanne which comes from where? When I first saw it, it looked like it was done using the software Procreate on an iPad. Then I thought how sad it is that people would believe it to be a genuine Cézanne. Everything is wrong, from the lack of light, to the overall lack of unity, the insipid drawing, the awful colour, etc, etc.  Ouch! 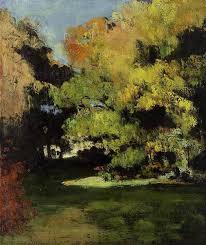