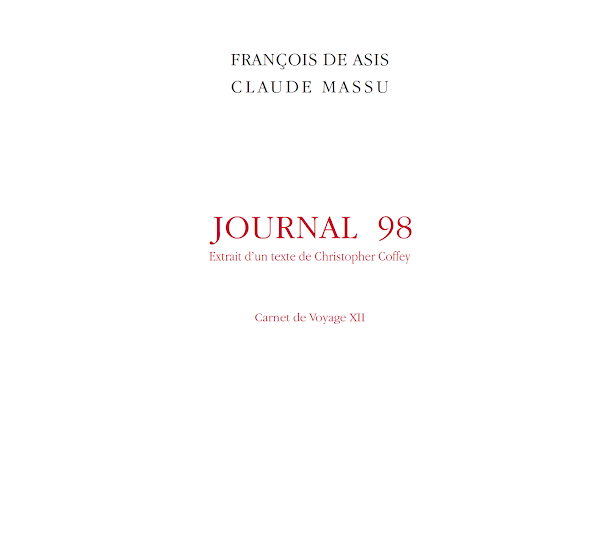 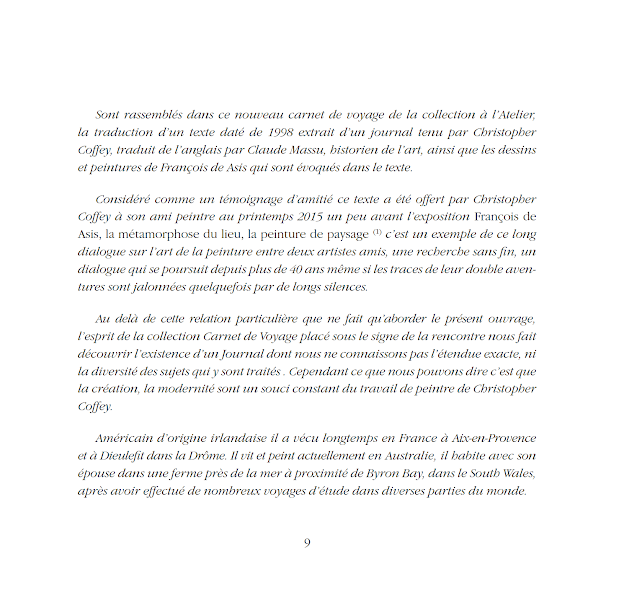 Arrived at about 11h30. He was waiting for me in the garden. We went down to the studio and in it was so much

work that it was hard to find a pathway through it all. I am amazed by the increasing clutter of paintings in the studio.

First off, I saw two large pictures of the Barrage Zola on the north wall. One very dark, emerald greens and cold blacks linked together by brackish violets. Next to it was one with a very warm color harmony; deep violets moving to oranges and red. Both done in one session. I was amazed by the intensity of both. He had done them just before leaving for Venice.

He then almost immediately began to speak his mind, the reason for which he had wanted me to come visit. While working in Venice he often talked with an old Italian man who lived next door to the spot where he was painting from. One day the old fellow expressed his thoughts to him. Although “interesting”, he said he found Francois’s painting “without form”. Francois seemed to have been really bothered by this small comment. I have the impression that this was perhaps the one worry which lay hidden deep within Francois’s heart, a doubt which springs into action to plague him during moments between his work. And I understood that this one fear might be that no one will ‘see the work’ or come close understanding it.

While painting he is fearless, but his Achilles Heel might very well be this one lurking notion. Actually, I was glad to see it because sometimes, he almost seems too invincible in his convictions about Art and Painting.

Looking at these magnificent paintings and contemplating his words, I wonder to myself something which has been growing inside me in recent years: In the end, mustn’t a painter love Painting, (the canvas) more than he loves Nature, (the motif)?

I saw that Francois has made his own road into Painting, one he hopes is linked to all Painting which has moved him over the years. What else can a painter hope for than that? His ultimate belief in himself will undoubtably leave almost everyone else behind from time to time. Isn’t that what it means to be original? (so much can be said about all this!)

He put another Barrage Zola (same size 30F?) opposite on the easel. It was just as dark but unlike the first two it had been done over many sessions. We looked at it for a while. And yes, the picture felt ‘richer’ and ‘complete’ in its structure as if nothing else was needed. Nothing else could be put into it without being extraneous. Isn’t that what Leo was all about? Cézanne, Van Gogh? This painting was full, satiated with so many painting sessions encased inside of it that it did actually feel like a symphony.

What more could Francois ask than this? That few see it, even like it, or understand it is beyond the painter’s grasp. Once finished, the picture is put out to pasture so to speak. And then, I think of Baudelaire, who said that something which is truly great and original, often appears strange at first viewing.

Looking at all three pictures together was compelling, and I liked them all. The two done in one session possessed a Form not unlike the more ‘worked’ one, just less developed. It was clear however that they were from the ‘same family’ as Leo often observed when we looked at things together.

Maybe, in their own particular, if abbreviated way, they were less like a symphony, just more like a Trio or Quartet.