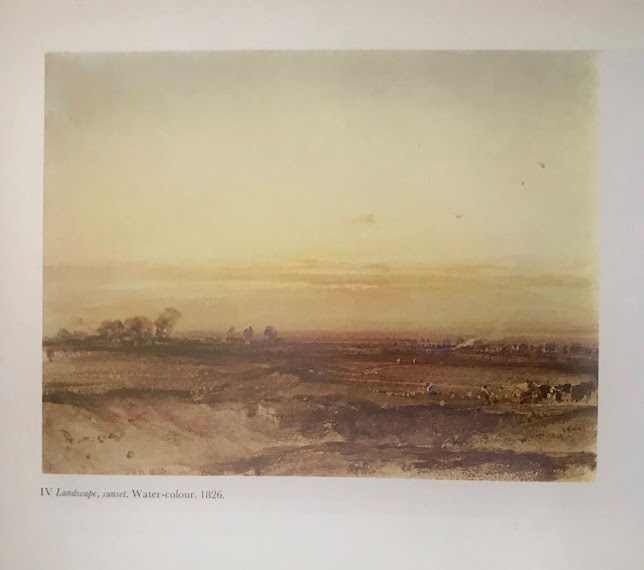 I read something recently in a book about Richard Parkes Bonnington which caught my eye. It is from the preface by Carlos Peacock. He writes:

'New movements come about in art when men (and women, my addition) see the world around them in a new way, thinking and feeling about it with a changed perception'..

How cogent, I thought, but actually I had underlined this very sentence two decades ago when I first picked it up in London and read the short biography on the British painter. It was the only thing I had underlined in the whole book. Though it is difficult to see and understand Bonnington in regards to the wisdom in this small sentence, I could certainly see it more clearly in Turner, for instance, who was a small generation ahead of him.

But it led me to think about Painting in our more recent history. More precisely, how can Painting history make peace with Post-Modernist thinking, a young movement raging through Art schools the world over for 50 years now, and, which has upset the proverbial applecart of  art history itself?

Ever since Dada captivated the avant-garde back in the early part of the 20th century, the flux it caused became the leftmotif itself, the raison-etre of its existence.

But what do we do with it? The humble painter wants to ask knowing full well that flux is what makes the world move, whether we like it or not. Life is flux, and we are in flux if we are to truly be alive. And Art must be in flux.

And skipping ahead, this flux led to Fluxus which became a huge movement itself years back (in the 60’s) and it generously spread its wings into almost every aspect of Contemporary Art today.

But again, what about Painting?,,, cries the frustrated painter who knows all too well that Painting had weathered Surrealism only to be faced with Cubism!

Picasso (the original Post-Modernist) who turned reality on its head with Cubism somehow stayed out of the ensuing fray. He was, after all, Picasso, and nobody could touch him (as they say of a mob boss) moreover, and like Jesus he was already an icon at birth, it seems. And then what?,,, the confused painter asks again. Then Picasso ventured into kitsch!

Jackson Pollack, came along just in time with a different kind of kitsch. Painting in the 50's was going kitsch (later to be re-iterated by the clever Jeff Koons) and Pollack arrived to add speed painting to the mix, along with his splattered style. I suppose this was a new perceptual feeling, too. He was certainly the quintessential painter of painters in the rugged terrain of New York Expressionism,  and he set the tone for a masculine bulldozing form of sensuality which survived through the seventies and eighties both in America and Germany.

But yes, de Kooning, Guston, and a few other innovative originals, pushed Painting into new directions. The idea of a painting was still having a rough go of it since the arrival of Post-Modernism. Alas, it has brainwashed whole departments in some of the finest, most distinguished universities in America. The result has left us (students) in a state of cultural nihilism. Can one find  meaningful lust in Donald Judd or Jeff Koons?

Don't get me wrong, I love the absurd, but I am too often offended by the vulgarity of a Postmodernist Art  that it has been around the block too many times. I prefer original absurd, even original kitsch!

I guess the main thrust of my thinking after coming across this underlined sentence is essentially that there are so few really original painters. In a generation they number in the single digits. And so often we cannot see them for so many reasons. But we should cherish them when they do appear. Most of us are so stuck in our ideas and bias’s that we cannot recognise true innovation based in originality. As I have said here before, and to paraphrase Baudelaire, ‘All new and original work first appears to us as ugly’. So how can art lovers be open and critical at the same time?

As always, I throw a bit of my own work out for the lions to feed upon.  I am unafraid of criticism! This painting was done far from the sea but I made a few large things around this time while landlocked in the Drôme region of France and apparently dreaming of the sea before I had even imagined emigrating to Australia a few years later. 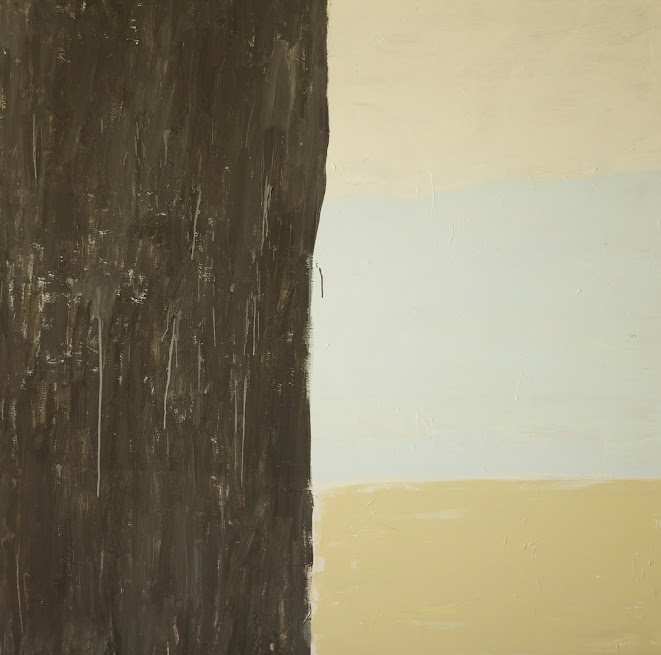