Abstract painting to be read in airports before visiting the Roman vomitarium. 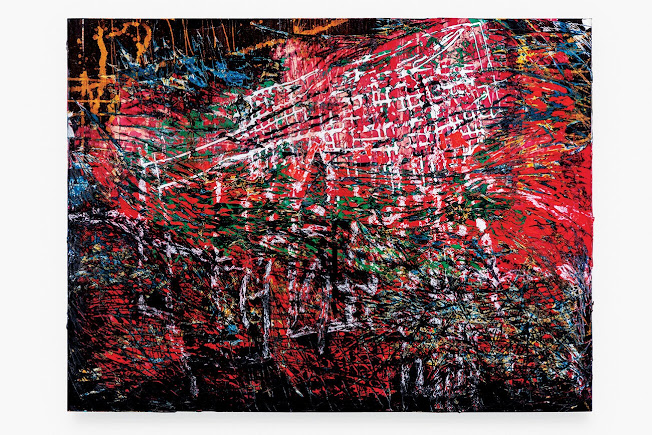 Here are two paintings which I find repulsive. Ha Ha. But I post them because I came across them recently in the news, because it really, really riles me up around certain subjects like for instance, really bad, really overhyped, and overpriced paintings.
One of these pictures is by a very, uber-famous European artist whose work sells for millions and millions of dollars. The other is by another very famous American artist whose work also goes for millions but a few less than the European.
I think what amazes me is that these two artists reign at the top of the 'cultural' food chain. And of course, some will say that it comes down to a question of taste or preference. Possibly, in a parallel universe that could be true, but in the real world of art criticism it never has.
In the snooty world of art; the more expensive insinuates more quality, whereas in the world of literature, more expensive just means more popular, more books sold. Really crumby 'Best Sellers' make a lot of money for an author even when everyone knows that it is crumby writing. But because I don't frequent the world of uber galleries I ponder this question, it is after all, an opaque world.
I think I was so shocked by the awful vulgarity of this one below that I wanted to post it. At least, I say to myself that the one above is actually trying to make a painting which might somehow convey an idea which could possibly  possess a sense of both light and colour commiserate to Painting as we have known it for 2000 years or so.
What is my problem with these two things one might ask?
In both, there is an absence of colour despite the garish use of the primary ones which seem to scream out of the canvas in a fit of insanity.
There can be no colour because in fact, there is no light in these two paintings though the one above tries harder than the one below.
In any event, they remind me of something which Robert Hughes once said about another contemporary artist upon seeing an exhibition of the work.
"It was like visiting a Roman vomitarium"
(as if such a thing existed) but one gets the point. This was years ago, back in the 80's when at least there were art critics with knowledge, courage, and a creative use of vocabulary.
If these pictures were found in  a flea market marked at $40 each, I wouldn't have had to write about them. 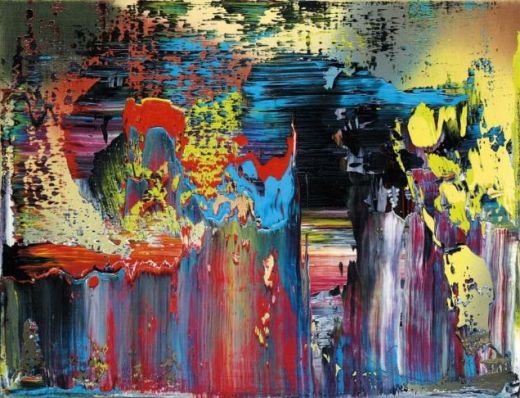