in Osaka, falling in love

(The following is from my diary in Japan. It is self-explanatory. I have been thinking so much about wanting to return for a trip there. So I have been perusing my old diaries to understand what I was feeling while there.)

'Yesterday to the Municipal Art museum in the park of the zoo. A grittiest part of town. It is a large colonial-looking building with a well designed garden surrounding it. I arrived with only an hour and half to visit! Typically, I was late because I got a little lost, and the opening hours were shortened to due to something or other. It looked somewhat deserted and a bit sad and lonely, the guards seemed that way too.

I buzzed through the first few galleries full of funerary objects, already a premonition about this giant, empty place was building in my chest. I did stop with my heart in my eyes when I came across a large wooden structure which housed inside it a smaller wooden house of the 11th century. I could see that it had been re-built over the years. A magnificent sobriety for this mausoleum. In it a kind small banquette not 1.5 meters across where the dead where placed. It's simple design and its proportion reminded me so much of 11th century chapels in France.

The rooms were watched over by an older woman who dutifully stood guard and hardly moved. A curious life, not an easy one, but if one loved history and art, OUI!

Finally I arrived into the last rooms where were housed large screen paintings. Here, my heart really began to race. There were two 6 panelled screens on either side of the entrance in the large room. They were both two meters high and framed simply in black lacquered wood.

with a poem by Kohoe Nobutada.

I have seen many beautiful screens before but rarely have I seen a masterpiece of such direct poetic and technical subtlety. 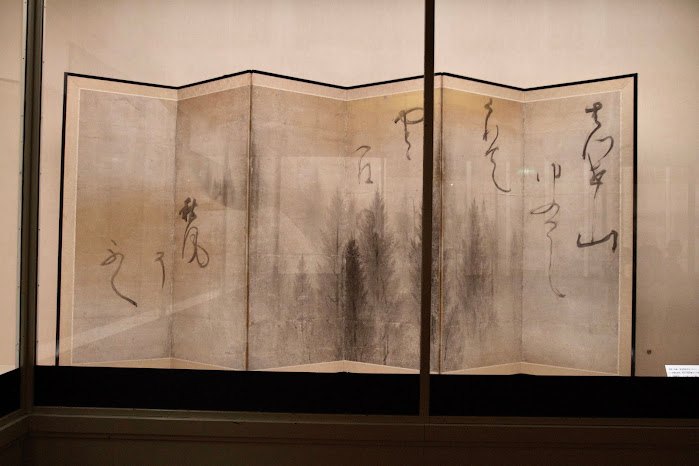 It is just a forest of trees, fading into the  mountain mist. Still more forest trees climb further up the picture plane surrounded by an emptiness of space. Over it, almost like a kind of delicate graffiti several calligraphic characters are painted freely, flying up and over the picture surface. It seemed hardly believable that such a perfect thing existed in this world of man. I found myself frozen with that antsy kind of attention which feels like I am being rippled with anxiety. It happens rarely, but always in front of such paintings and drawings.

It is in fact just a mountain scene shrouded in fog, the trees disappearing in the distance. The artist paints with the greatest skill and sensitivity because his technique is as hidden as are his trees which disappear in the fog. 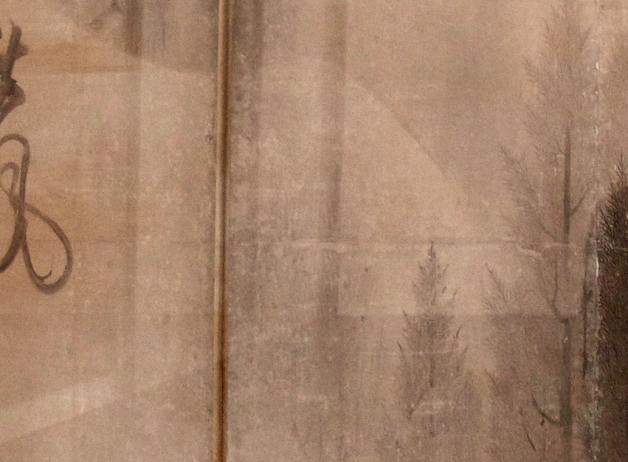 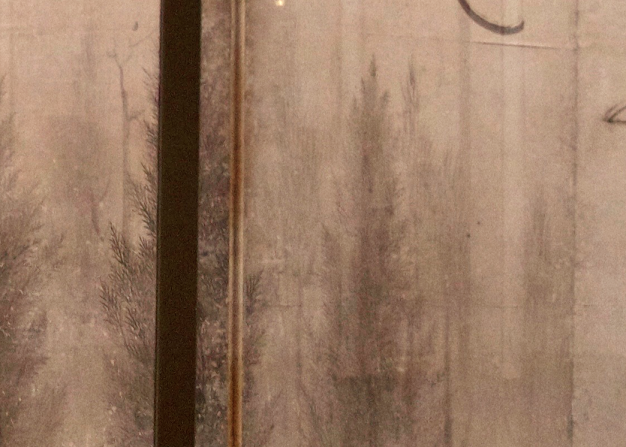 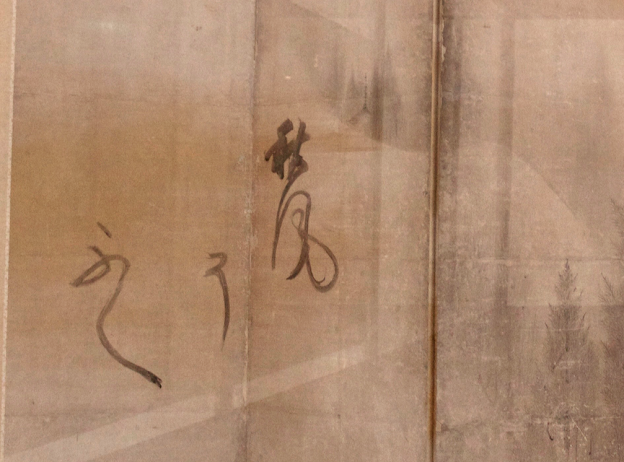 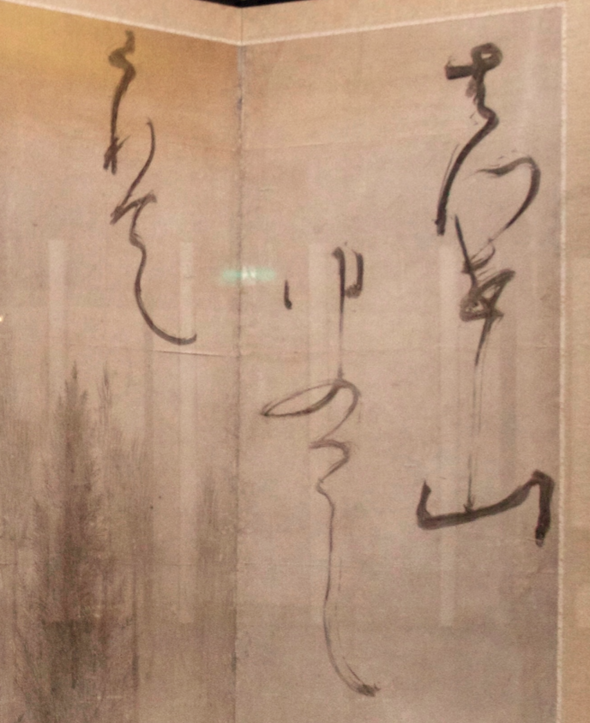 There was companion piece on the other side of the large entrance. It consisted of 6 panels also, and a large poem almost thrown across the empty surface plane. Nice, but not at all the same thing.

I hesitated a long time there, peering at the museum guard who was peering at me. Photography was proscribed and clearly marked everywhere. It was as if she was sure that I would make a move with my large Canon hanging off my left side. Like in a Western, who would make the first move?

I wandered outside and made my way back to the hotel stopping for something to eat at a food stall.....'