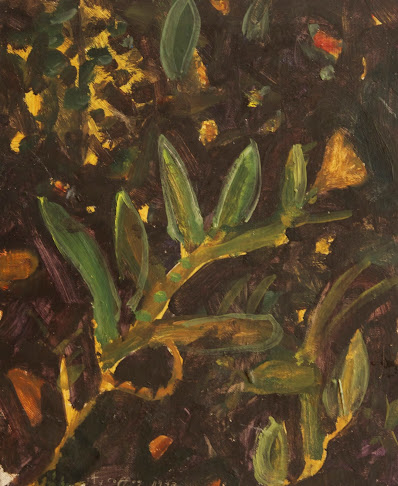 This dates from 1993. I painted it in the early Spring just outside my studio at the Château. I had been trying a new way to get into Nature by working directly against the sun often without any sky.
Pierre Bonnard had taken 'Contre-jour' to a whole new level by the way he worked his pictures over and over, sometimes for years in his studio before releasing them to the public. But the initial graphic design for his pictures were almost always taken from simple drawings done in Contre-Jour. This is what allowed his explosive colour to quietly expand over many sessions. He taught me how to use colour.
I had been doing small studies around the Château, mostly in the forest in the early 90's. These were intimate things done when the afternoon sun created violent blue shadows on the oak trees scattered everywhere on the hill. They are not great but there is a feeling in them which I embraced. 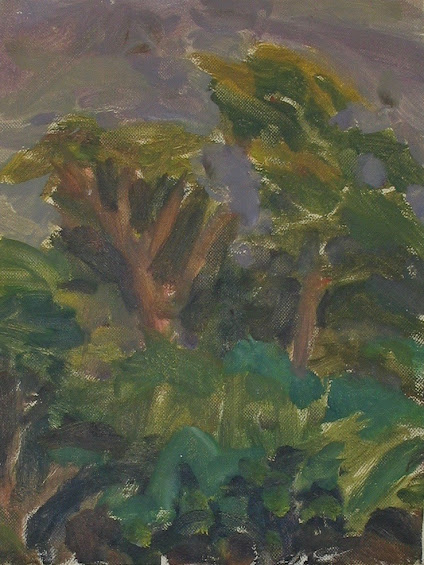 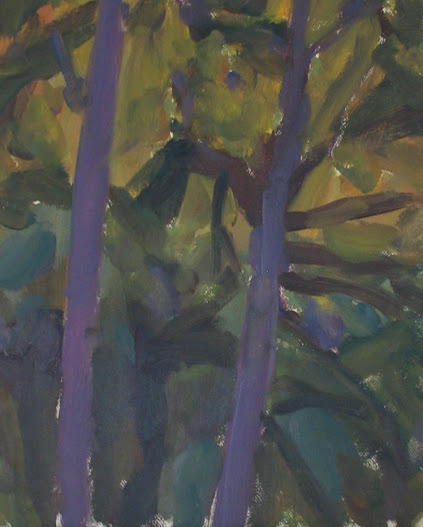 Pirandello's Garden (at the top) was supposed to be sold but the buyer, a friend, backed out for some reason or other. I am happy to still have it.
I see in it something which I had evidently loved so much from the whole Sienese school and which influenced me deeply.
I am reminded of my great love of the Lorenzetti brothers who made frescoes around Tuscany in the 14th century. There are large works decorating the Museo Civico which I often visited when in Siena. I loved their colours, the simple graphic design, the complete unpretentiousness; the quiet hour of life manifest in everything from the small houses, to the trees, and to the faces in a crowd.
The following small painting I must have had as a postcard on every refrigerator, in every home in which I lived. Note the idiosyncratic winter mountain peaks in the foreground! Either stolen from their Flemish colleagues far to the north or just from trips to the Dolomite range north of Venice. In any event, there are the equivalent to an extreme artistic license.
And the colour! The Italians understood the magic of colour! To think that colour went brownish black after the Renaissance! With few exceptions, it seemed to stay that way until the Impressionists came along.
But thankfully, colour was certainly present long before, in places all over Italy. 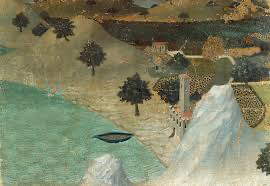