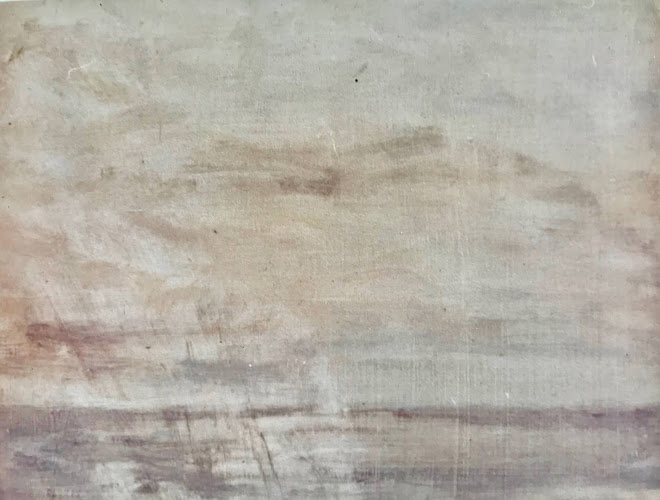 Two, somewhat tiny paintings, (approximately 15 X 12 cm) were both made around 1974, at South Beach, Fishers Island, my favourite beach, a stone's throw from our house, and almost aways empty. The dogs loved it as much as me, as did my brother. I had started painting in France that previous year, learning to paint out in Nature, and these were among the survivors during those weeks in August I spent there.

They interest me today because they reveal something about my deepest feelings for the sea (and deserted beaches). Also they remind me that I have always been emotionally enamoured by light as manifested in the sky, and its corresponding rapport to the sea beneath it. It's as if I became a painter in order to emotionally connect with these feelings. 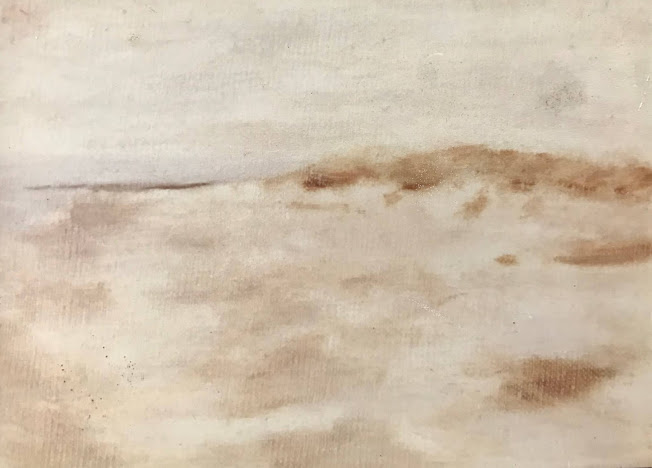 Though not having painted much in Nature yet, this tiny picture reveals my deepest desires to penetrate the mysteries of the sea and sky, not as two separate entities but intertwined as one.

I remember working on masonite at the time which I had clumsily coated with gesso. They were small because, I was, well,,, small, tiny in my ambitions,,,, as if so small, maybe nobody would notice (it's a long story).

The gessoed masonite gave the surface a cruddy, rough feeling, especially when turps were used over it. I kind of liked it, and still do. The effect was rather dry which also appealed to me and still does. Of course by this time I had been already under the influence of Cézanne's watercolours, and this is apparent in both of these small things. There is a paucity of material which lends itself well to an ephemeral sky.

They are each somewhat different in terms of their drawing conception. The one below is far more sophisticated in that there is a real distance established between the foreground, middle ground and background. It's quite subtle, almost imperceptible which is the way it should be I believe.

The one above might be more modern in that there is no distinct foreground, just a play of light on the sea. One jumps into the picture frame immediately which is what I mean by modern. In it also reveals my early love of Turner's watercolours which I had seen in London.

And this is why I wanted to show them along with these recent things done over the past few days here on a beach in Australia 40 years later. They are family. 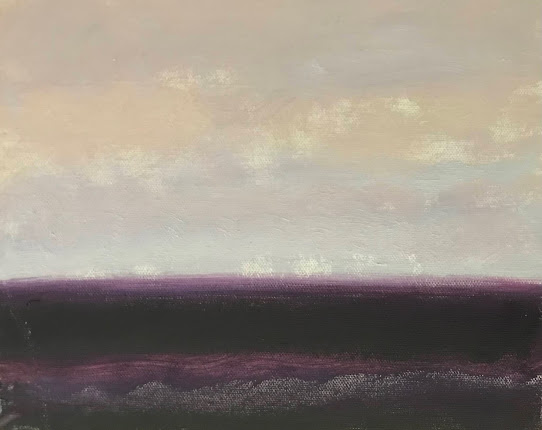 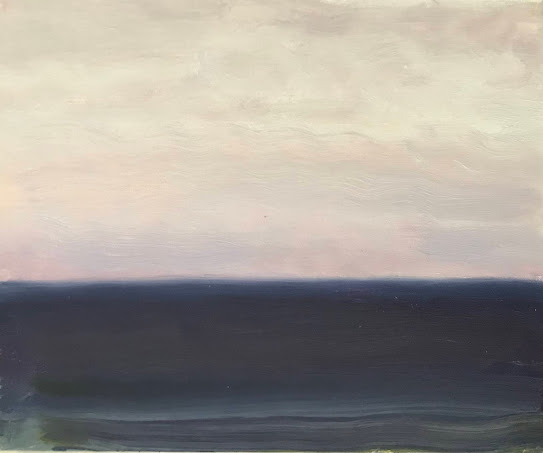 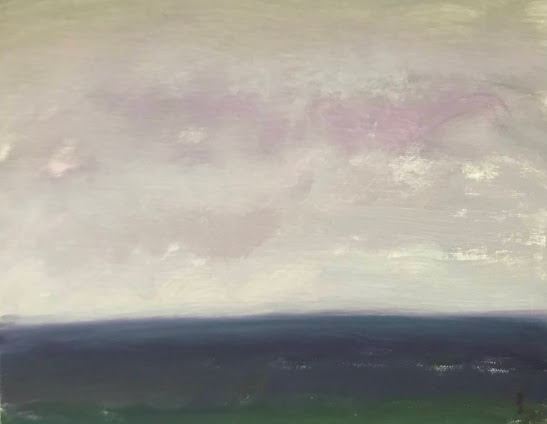 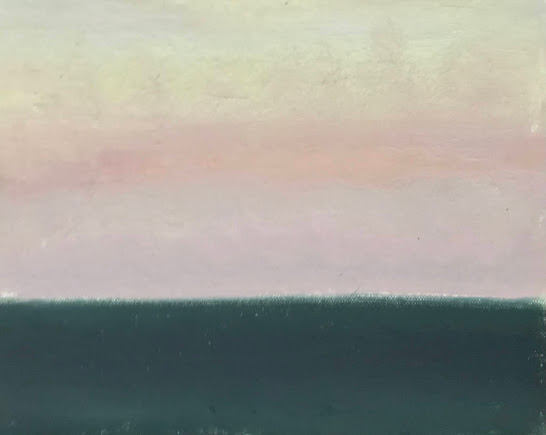