Agnes Varda, and the speed of snails, the shape of clouds, 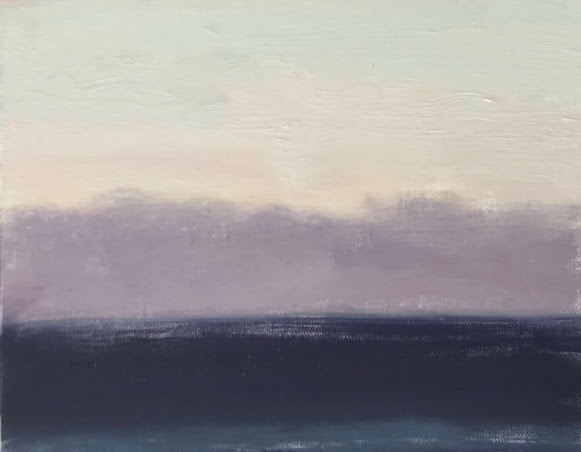 Evening Prayer Brunswick Heads, 31 January 2021
These five images were done two nights ago. They came swiftly. I had run out of the larger canvas board so I used these small ones @25 X 20 cm which can be practical for quick ideas.
Of course they are insanely small in this world of large and often over-sized contemporary art, but hey !
ABH 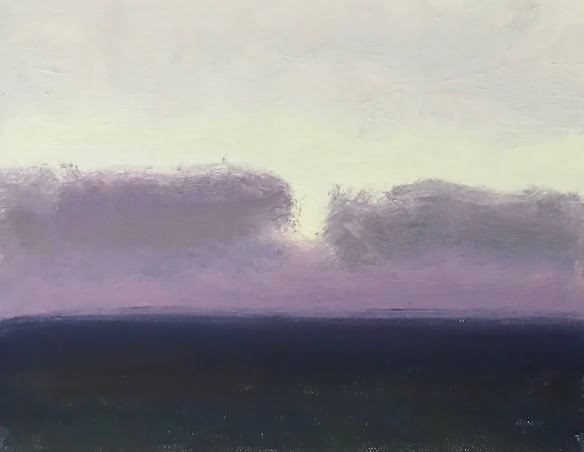 Evening Prayer Brunswick Heads, 31 January 2021
From a painter's perspective it was a great motif of the cloud bank lying like an enormous seal over the dark sea. It was a graphic excuse to throw paint over a simple design. As the colours descended into dusk I was free to just paint easily, no stress, no drama Obama.
APF 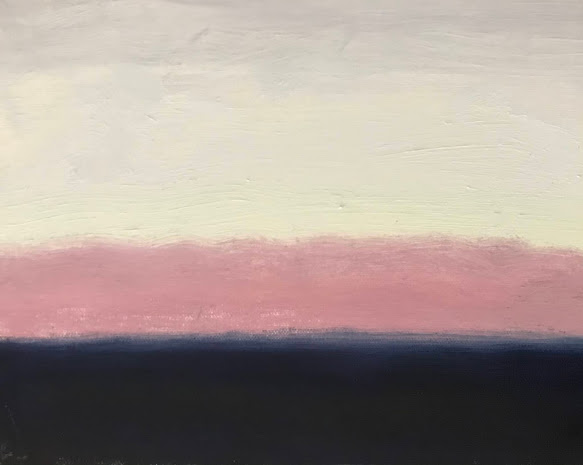 Evening Prayer Brunswick Heads, 31 January 2021
They are not in order, though this one just above would have certainly been the first. And curiously, the one at the very bottom would have been the last one when the local colours had returned before the black night. Yes, they are souvenirs of an evening much like many others, but because they were painted on this particular night, for me, they are specific to this night though maybe not for you.
TAT 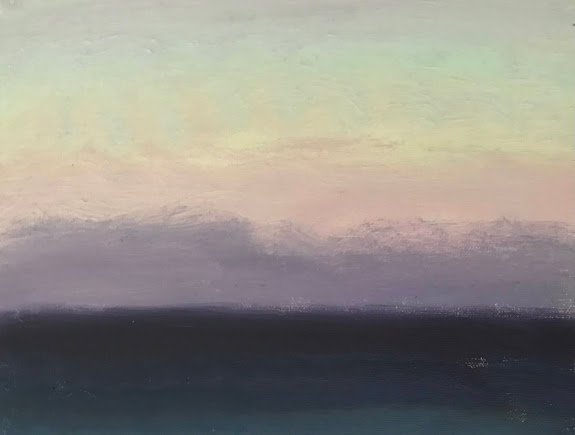 Evening Prayer Brunswick Heads, 31 January 2021
Remarkable things happen in the senses of the eye when painting at this time of day. Shapes and colours are changing at the speed of snails, at the speed of clouds. It is only me who moves quickly grabbing the clouds like a destructive child at play.
And I suddenly think of the opening sequence of a film by Agnes Varda about the gleaners of France, titled appropriately, The Gleaners and I. A remarkable film, from a remarkable woman, artist, film director, auteur, and humanist! There are clearly not enough adjectives to throw at this French artist. of eminence.
But the sequence I refer to is of a hand-held camera filming her right hand above and out the window of a moving car. Her small hand and fingers, opening, closing; grasping the compact white clouds overhead repeatedly, over and over again like a small child discovering the power of its tiny fingers crushing clouds overhead in the blue sky.
And so, painting too, has the element of grabbing and clasping the untouchable clouds with one's hands and fingers.
DDF 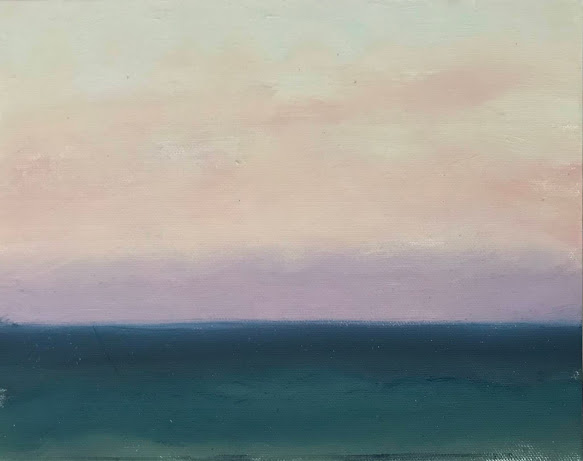