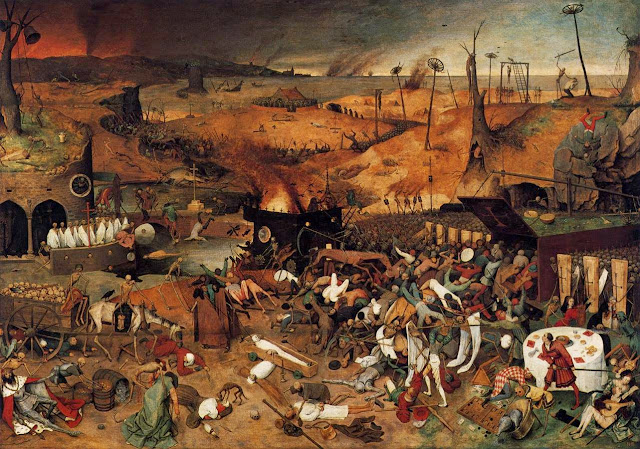 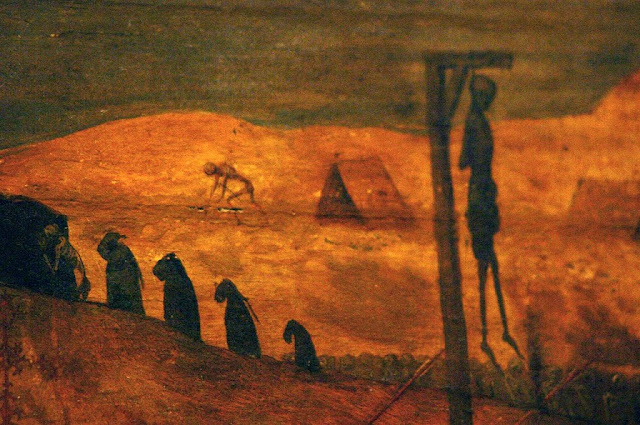 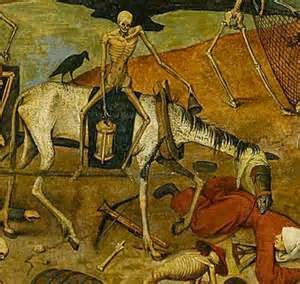 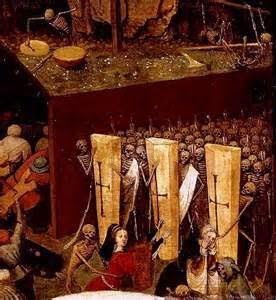 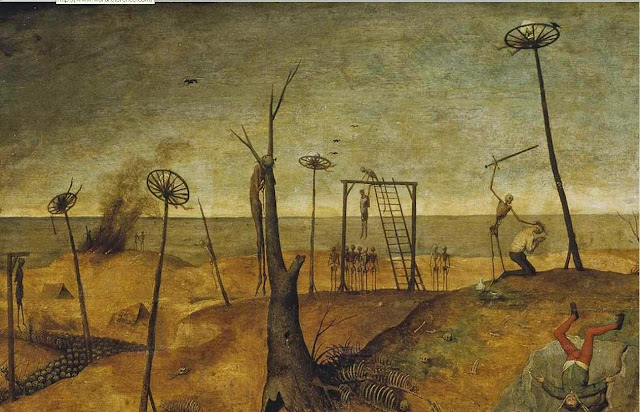 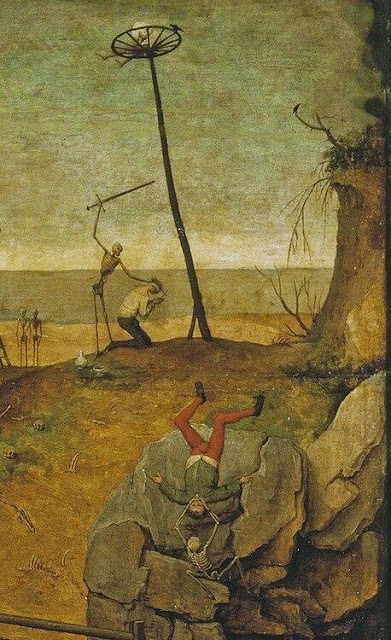 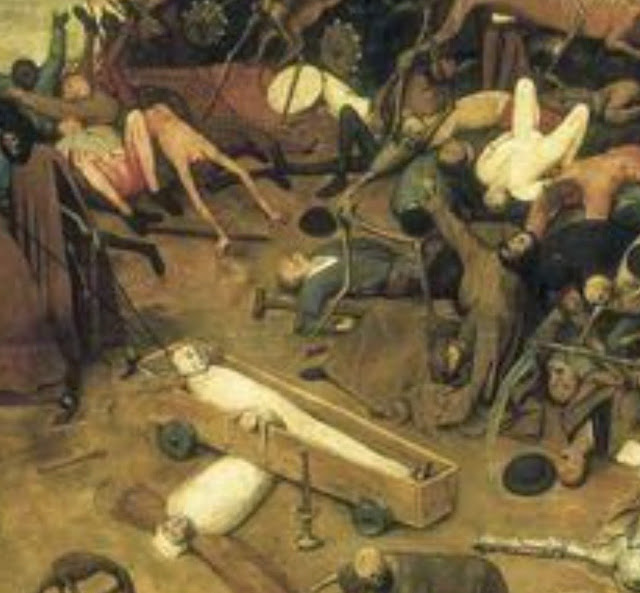 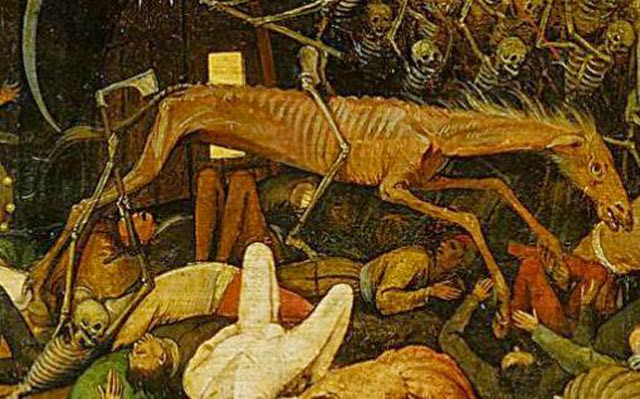 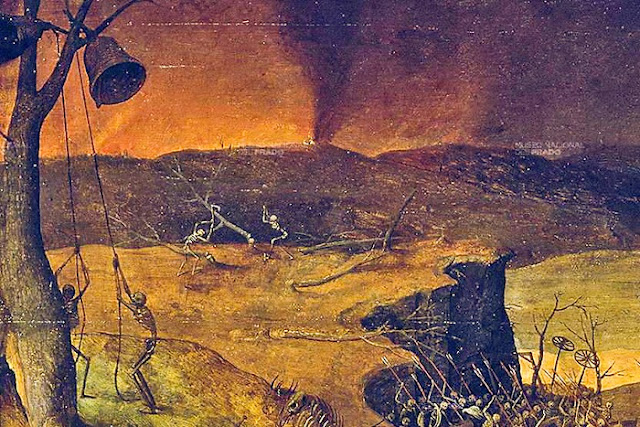 In our time of terrible, indiscriminate madness wreaking havoc in the Middle East, Africa and even on our own 'civilized shores', I cannot think of an image which best renders the actual horror of what some men do to others. It is a reminder that violent insanity isn't just a signature of our epoch, something which I confess I sometimes I believe because through the internet it feels like an onslaught 24/7, as they say these days.

In this painting is that terrible beauty; one which only artists of rare ability seem capable of making in any epoch. Bruegel shows us that there is such a grace even in darkness. I sometimes do not know where to put this awful sense of guilt for having such an easy life while so many others on this earth seem to be destined for inexhaustible sorrow. I live in a land wherein clean water is taken for granted and food plentiful. And then, there is this shame for feeling incapable of doing anything for them. Only a handful of painters are able to do this, Goya comes to mind. All the exquisite handling of paint (behind the 'motif') reminds me that to get to the 'whole' of an unified image one must past through the details as gruesome as they may be. 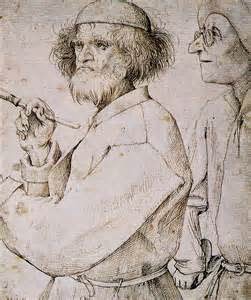