Matisse (forever) and terror in Tunis 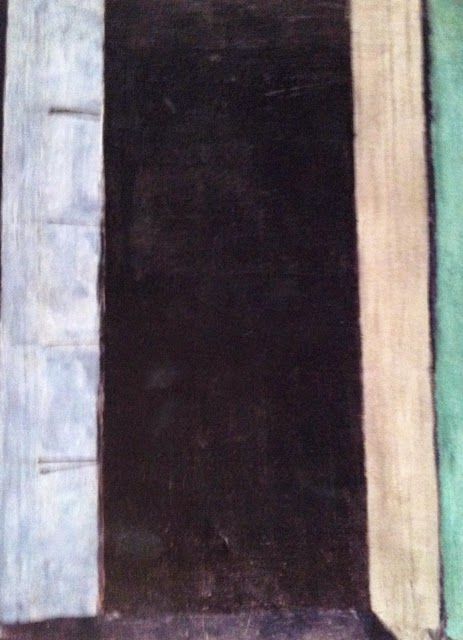 This is such a marvelous painting which I believe opened so many doors into the latter half of the 20th century. I saw it two years ago in Marseille; a simple, tall French window, the kind one finds anywhere in France. Matisse made so many views from this kind of window, in the south, mostly in Nice. Colorful, and (cheerful), things that make one smile just being in front of them. It's a little like the effect of late Spring when birds and flowering trees reassure us that Life is inherently quite lovely for so many of us. I love the audacity in this picture, the chance he took by just seeing something a little different in this typical window, something he had painted hundreds and hundreds of times already. He then sought to make it in a simple Japanese kind of way, perhaps at dusk even. He brought this picture right up and into our pictorial lives eliminating all distance save for a small bit of architrave at the base.
And so, what Cezanne began, Matisse takes further. The scraps are picked up by Rothko, Barnett Newman, Diebenkorn and so many others. It took the Americans to fully exploit this idea of flattening out the picture plane. Personally, I am not so sure about the results, but its a large portion of History now, so who cares?
The other notable quality which moves me in this Matisse is the color. Its perfect, as well as being completely original, almost idiosyncratic.

So, they have finally attacked visitors in a museum! I half expected it from these primeval neanderthals who hide behind the cloak of religion.
There is Art, and then there is madness. Sometimes they overlap, but only in the act of creation.