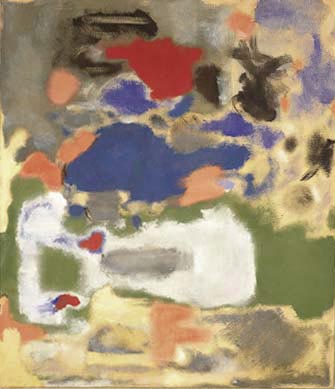 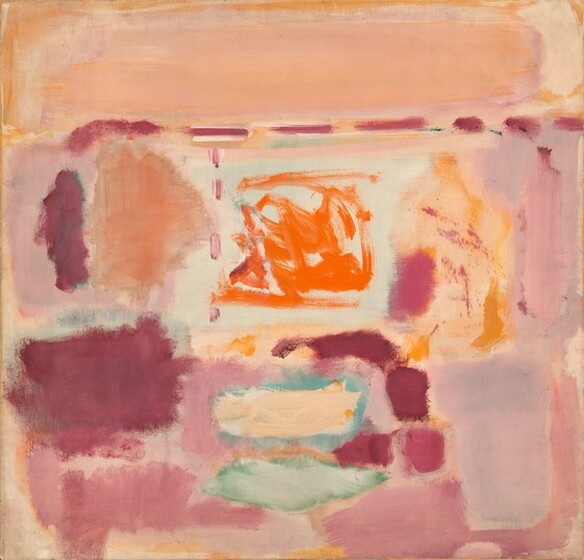 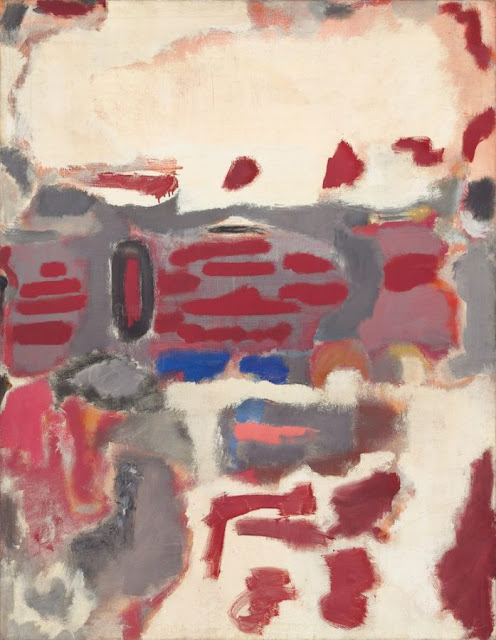 These are very curious pictures done by Rothko in 1948. Because I have been reading his earliest texts and letters, it has pushed me to prowl around a bit on the Net to look up various things about him.

In a 1952 interview with Willian Seitz he said a few things I note:

"I do not want unity"

and with Trumpian flair:
"My own work has a unity like nothing (I do not mind saying even if I appear immodest)"

"Space has nothing to do with my work"

Indeed, he said many things, much of it incoherent. But also, he said many things which I find sound. It comes down to one's personal ideas about Painting and Art. And to be fair, he was young and full of intellectual energy along side his fellow Expressionist painters when he wrote these terribly serious things.

I understand these paintings to be extrapolated from the human face. I find them quite sensual and beguiling in a weird way which pleases me. I have picked these things which I like, because there are many which I don't like from this period. He was heavily into sacred symbols and rituality connected to primitive cultures. At the same time he was apparently very interested in Surrealism. One could find a dim resemblance to works by Masson, Ernst and Henri Michaux among a few others.

Also, there is a resemblance to Pollack's earlier work which was also coming out of a figurative world. I saw a show of it in Paris years ago. It was very interesting for me. I understood where he was coming from.

I think he is being defiantly disingenuous when he claims that Space and Unity do not figure into his criteria of importance because I find them completely beholden to both Space and Unity.

from the National Gallery
In a 1943 letter to the New York Times, written with Adolph Gottlieb and Barnett Newman, Rothko said, "It is a widely accepted notion among painters that it does not matter what one paints, as long as it is well painted. This is the essence of academicism. There is no such thing as a good painting about nothing. We assert that the subject is crucial and only that subject matter is valid which is tragic and timeless. That is why we profess a spiritual kinship with primitive and archaic art."