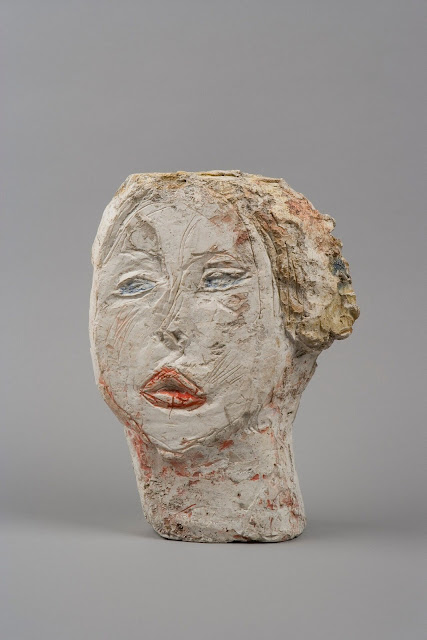 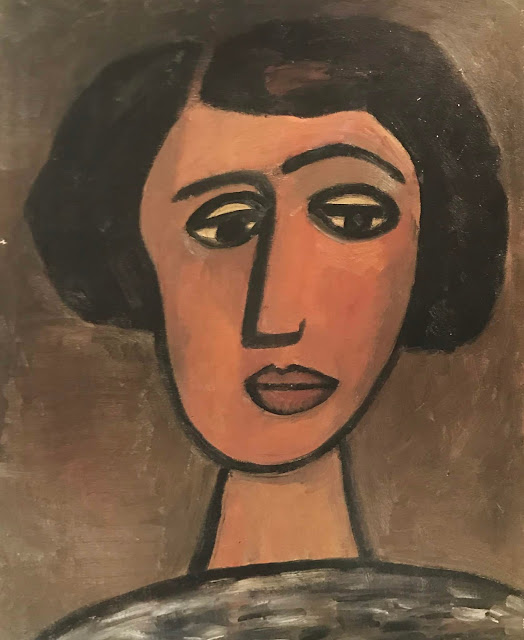 Two different works; one, a painted plaster block and the other, an oil portrait. Both made within three decades of each other. One done in Paris, the other in Sydney, Australia.

I love them both because they reveal the same disregard for any academic style in achieving a work of Humanist determination. Giacometti was in Paris at the height of the Surrealist Movement and yet he was an outcast for most of it. This head of Flora Mayo has more in common with ancient primitivism than Surrealism. It borders upon  extreme abstraction and seems timeless to me.

The portrait of Tony Tuckson's wife is also primitive in conception. It is an abstraction which reminds one of Matisse, and even Georges Rouault whose drawing was built with strong and accurate lines. There is something in her expression which speaks of Humanity a quality which I note often in these pages. Alas, it is also something for which contemporary art has little patience. But, is it not the reason one feels compelled to make portraits in the very first place? In this case they are two women depicted by two men.  And for men, is there anything more dangerous to grasp than understanding the mysterious soul of a woman? Flora Mayo by Giacometti reveals an uncertainty, perhaps a sadness due to deception while the expression in the Wife of Tony Tuckson feels more buoyant and more tender. I could certainly live with them, daily contemplating the the candlelight of life within both.