In France many years ago I dropped in on a painter friend with whom I was associated. He is someone I admired, artist whose mind had been educated in the French system, one shaped by rational thought. It was a Spring afternoon and he was in his garden when I arrived putting some last touches on a picture. Our usual banter almost always turns to Painting but on this day we spoke of a programme which had aired the previous evening on France Musique which highlighted the relationship between Claude Debussy and Maurice Ravel. At one point I said that although I loved Debussy, I had a deep emotional rapport to Ravel.

Ravel seems to me more like a comfortable armchair of 19th century Romanticism in which no doubt Brahms had certainly napped. Debussy on the other hand, was steering music into the 21th century. So it was no surprise to me  that my friend replied that Debussy was the greater artist. Though this conversation was at least thirty years ago, from my diary at the time, I would summarise his thinking thus:

"Unlike Ravel, Debussy's musical ideas were not weighed down by an excess of emotion."

We then engaged in very precise criticism as always, sometimes to the point of didactic exhaustion. But that is also what I loved about living in France among these hyper-opinionated participants in our collective cultural brawl. And Art criticism was part of our own brawl, our bond, the artistic glue which allowed for the relationship to replenish itself over years. And yet, I was annoyed by his confidence, his certainty, in placing one accomplished artist above another on a shelf in the Pantheon.

Any avid listener to France Musique receives a large dose of both composers on a regular basis. I had listened a lot to both Ravel and Debussy since arriving in France years earlier. But for me, I have learned to love artists for a variety of different reasons and I  don't generally attach my feelings to a hierarchy. I have learned over the years to critique the work by an artist, not the artist himself. It keeps me out of a lot of problems. It is diplomatic, for sure, but also it is a cleaner, more precise way of looking at art. I have found that in all things artistic, roads should never lead to Rome, but away from it. And Rome, as destination, would be a conventional art of little interest.


Paul Cézanne is generally considered to be the father of Modern Art. Like Debussy, he ushered into the 20th century a new structural form which broke away from centuries of pictorial thinking as if a dam had burst and swept away most of what was housed in the Louvre. To a great extent there is much truth to this.

Vincent Van Gogh, on the other hand, isn't considered in the same light, and he, like Ravel was steeped in the 19th century structure of Painting arriving from both Delacroix and Rembrandt, among so many others including artists from Japan. Yet Vincent Van Gogh opened up the palette to more light than the world had ever seen or experienced beforehand. He was a new lightbulb.

But According to Emile Bernard who knew both Van Gogh and Cézanne, Cézanne had heard of Van Gogh, but thought he was a mad man who made mad paintings. Alors? Quoi faire?

I am someone who detests the word genius, and I never use it. But I do use the words Greatness, Great, Good, OK, and Awful, to describe Art in general, but also people too.

It has been many years since I have often remembered that conversation with my old friend. I remember being a bit shocked at the audacity of it. It still shocks me in a way.

All these years later have given me more clarity to see that greatness comes in different colours, different forms, other even newer tastes. To compare two very great composers is like trying to compare Cézanne to Van Gogh; an apple to a pear. 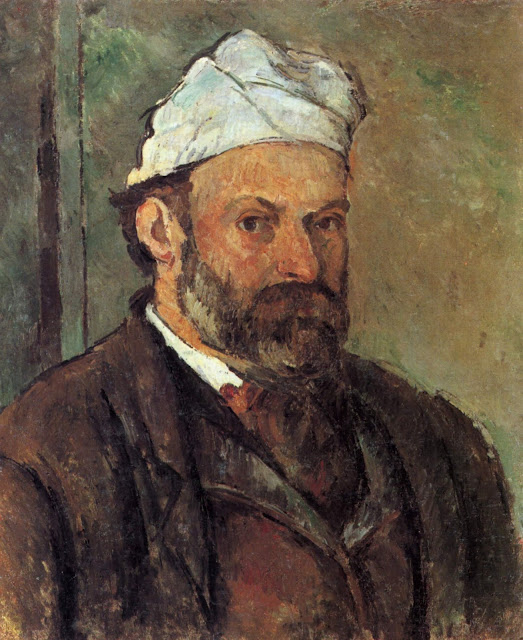 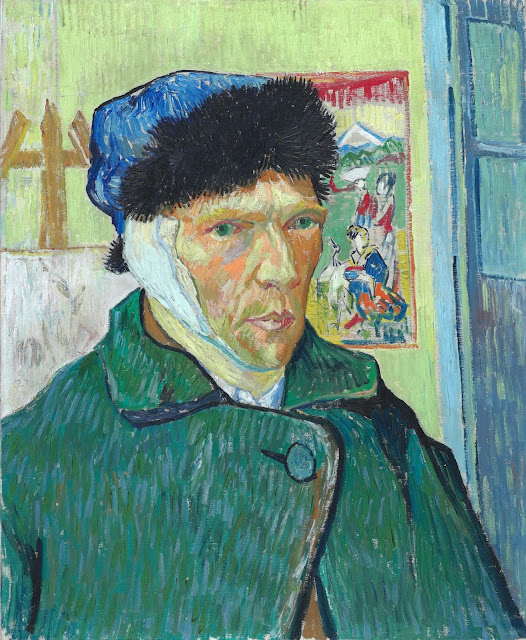