Leica magic and the Trump escalator 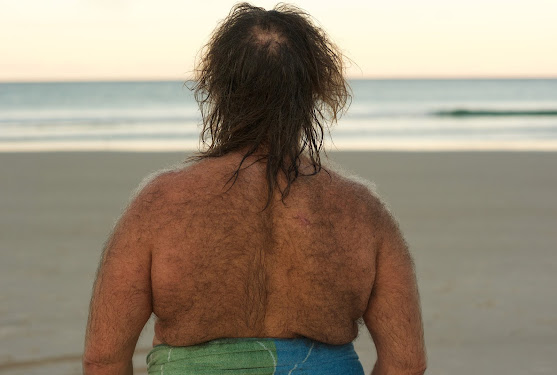 I recently met a guy from Melbourne, who with his wife,  spent his holiday in America a few years back. They were in New York the week that Trump rode down the now infamous escalator ride at Trump Tower to announce his candidacy for President. He and his wife  had been shopping in midtown, when on a whim they popped into Trump Tower.

Just a few minutes in the lobby of Trump Tower this great-looking couple were quickly approached by a woman who asked them if they wanted to make a few bucks, $50, to be precise for an hour's work. They agreed immediately, and were taken to the second floor landing, then into a large empty retail space hidden from view with brown paper over the windows. There were about a hundred other people there waiting around, some lucky to have chairs. They had no idea what was going on. At a small table another woman, a bright blonde, sized them up quickly and handed them two tee shirts from large boxes behind.

"...these are all a little bigger, just put them over your shirts"

She said. The white tee shirts emblazoned with 'TRUMP Make America Great Again' written in red. They had only a faint clue who he was as a reality television star.

A big muscular guy in a black suit handed them both a $50 note from a roll in his pocket and told them told them to go over to move and indicated to the other side of the room where they were to wait before being called.

After about an hour of waiting around uncomfortably  the bright blonde moved to the center of the room threw up her hand and yelled out for everyone to listen up. She then explained was expected of all of them, and in a few moments they were all trotted out 'to mingle'.

Some people were given signs with 'Trump for President!' scrawled with different coloured magic markers. Others, wearing tee-shirts, were instructed to go down to the lobby, the rest were told to stay on the first floor to cheer as Trump rode down the escalator. The couple were given a place (as were others along the balustrade, on the landing.)

They had been instructed to cheer, clap and shout loudly as rode downwards.

The guy told me it was funny but also really weird because Trump was in fact, really weird. He went right by them without looking, focussed on the lobby below, then began waving casually to nothing in particular, just space. It was a ragtag-looking crowd as if they were all extras (they were) of some old Italian B film where the actors were yelling out their lines not in sync with the film.

And so that was it. It went by "like a dream" he kept saying. Ivanka introduced her father, then Trump gave his speech.

About an hour later, they were in front of painting by Jackson Pollock at MOMA and still laughing about the whole thing. Lucky them, I thought. A story for their grandkids. And, they kept the tee-shirts as souvenirs. 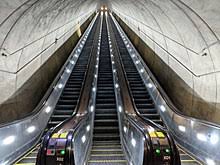