Trump's wall; beauty and revulsion in one last gasp. 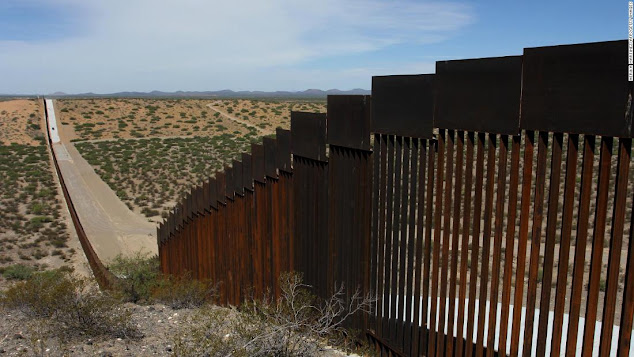 Having just read in the Times that Trump's wall is being constructed with a feverish speed to get as much of it done as possible, one presumes before his ejection from office in a mere 28 days, I couldn't help but think of an eminent American sculptor who faced a firestorm of a very different nature, contextually speaking.

I wondered if photos of Trump's wall cutting through a virgin landscape in the American Southwest wouldn't give Richard Serra a frisson of sorts?

I have already written in these pages about his Tilted Arc which was conceived for Foley Square in downtown Manhattan back in the early 1980's. It was finally removed, dismantled, and put into storage after a much rancorous debate, equally as bitter as Trump's wall. Then, it pitted the working class against the elite and monied Art world of the city.

"Holding the site hostage" is how one journalist put it. 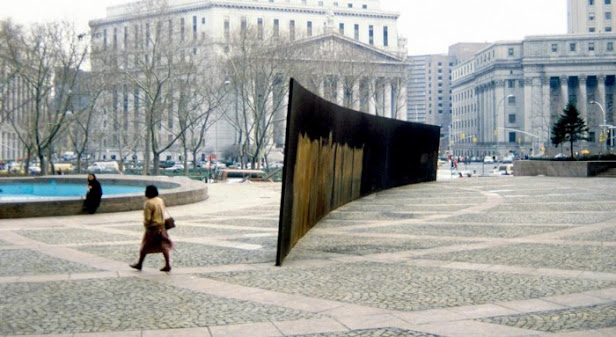 To be fair, Serra simply created a large public sculpture for a very large open space in downtown New York. The fault was clearly with the United States General Services Administrations which commissioned the piece on the recommendations by The National Endowment for the Arts 'panel of art experts'. There doesn't seem to have been a report which might have looked at the ramifications of this placement. Too much hubris, perhaps?

At the time, I was in New York, and I took a strong stand against it not because I found it ugly (on the contrary) but because I found it was inappropriate for the space. Why carve up one of the most precious commodities in New York: open space? Though I was bothered by the discourse at the time (which hasn't changed much, in fact) I hated that ideas like 'beauty' and 'ugliness’ were dredged up out of the closet and used to malign one group against another in this community fight. It seemed to trivialise and debase a discourse which was, and is always, a real and important consideration about what is public art.

Sadly, it allowed an 'art elite' to savage the 'proletariats' who simply didn't want the sculpture there. It was an ugly fight, and for me, this was a political one not an aesthetic one, or it should have been.

When everyone seems to look so closely at beauty, by using it as a standard of measurement for judging Art, inversely, eyesight falters, and suddenly, everyone needs a new pair of eyeglasses.

That I can find beauty in rusted steel is not a paradox but an integral part of the mystery of Art. But by putting a wall of steel in a public space like this corrupted the  sculpture in a strange way. In a practical and civic sense, it felt to me at the time like it bordered on Architectural Fascism. This is a tough thing to say being a lover of Art, but I still feel that way, maybe even more so, as no doubt, it would have quickly become home to graffiti artists.

This leads us to Trump's war on immigrants and his own Moby Dick of a rusting steel wall which cuts North America in two. Most people on both sides of the wall detest it in every way. This is about politics, not Art, after all. But 'land artists' out West, will they see a great graphic beauty beyond the abhorrent ideas behind it?  A  conundrum for Art lovers: is our taste dictated, or confirmed by ideology? 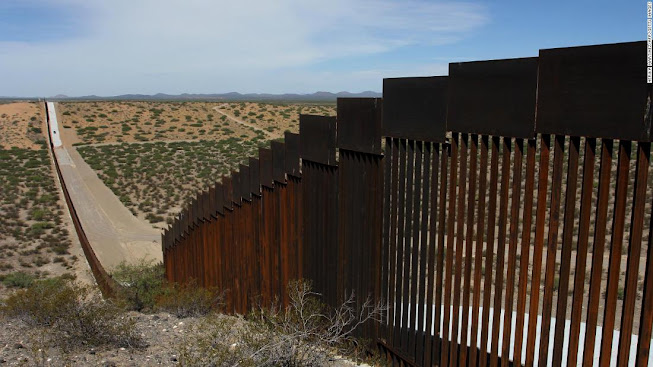 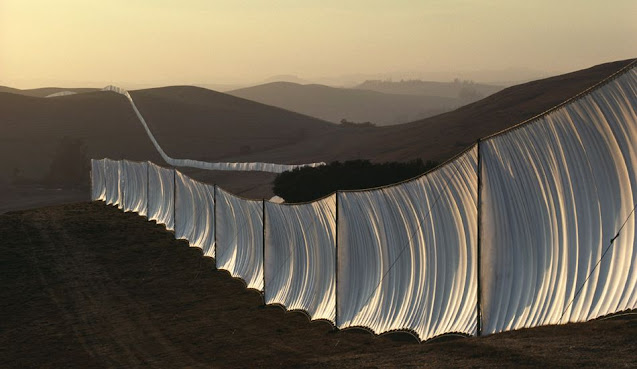 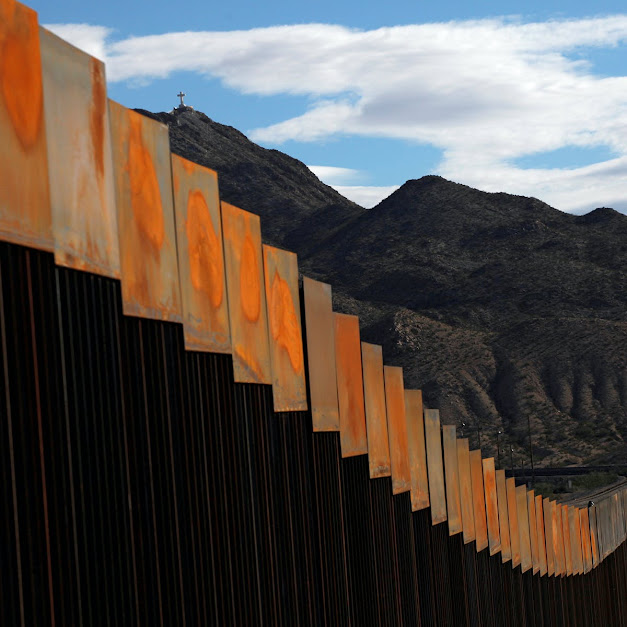 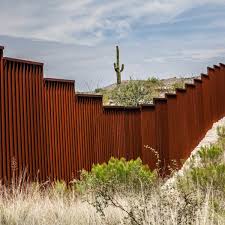 To see Trump's Wall for what it is (as a national barrier to keep foreigners out) is politics, and far outside the realm of Art which is surely to bring people together.

Do we  see a wall of steel scarring the natural landscape or do we see something artistic? Is an artist ever free from the straight-jacket of politics, and should he/she ever be?

What would both Christo and is wife Jeanne-Claude think of Trump's Wall? And Richard Serra?

Too many questions, Happy Christmas everyone! 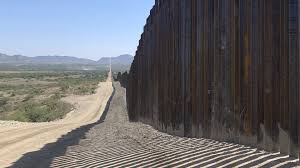 Foley Square 1985 with the sculpture 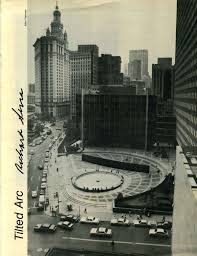