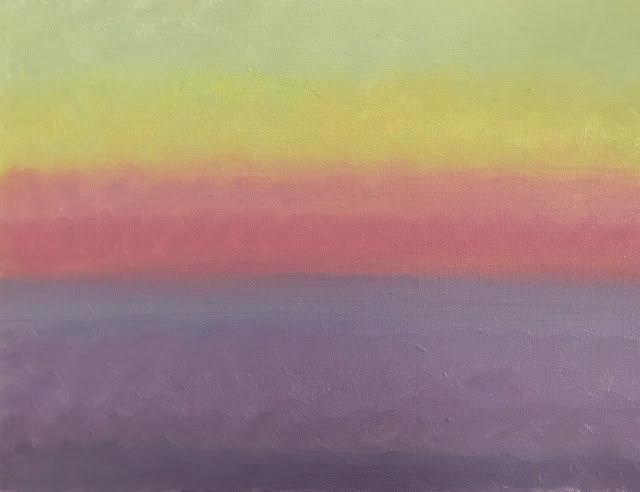 Several people have recently remarked that my pictures resemble those of Mark Rothko. I was a bit surprised as he has never figured into my educational sensibilities. So I went to look at his work on Google. Of course, I was familiar with some of work over so many visits to museums around the world but I have never been so attracted to it. Online however, I found several images which I liked very much, but maybe that is because they felt to me like landscapes with a discernible horizon. These pictures of mine were made from a motif in front of Nature. I believe that Rothko’s were done in a studio in New York. So, I am now interested in what he was thinking about, what moved him; what inspired him to paint his pictures? I ordered this book with a sexy cover (below), in hopes that it will answer some of these questions. All I know about this poor guy is that he killed himself. Most original artists are to a great degree un-conformist, and sometimes just plain weird. I know, because I have been told the latter about myself. More to be revealed. 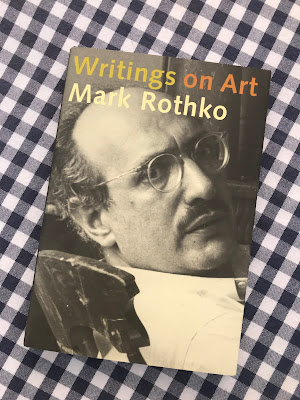