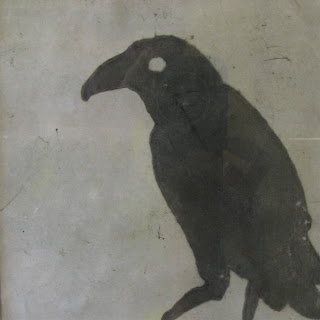 One Halloween, my sister and myself were punished and forbidden (interdit) to leave the house. We lived in a large one with a long driveway (chemin). Hardly anyone ever came to trick or treat. Our younger brother being only 6, was too young to go out by himself, so he stayed near the front door waiting patiently (avec patience) for trick or treaters to venture down our long dark driveway. Before going out herself, our mother had filled a very large punch bowl (bol) with all sorts of candies (bonbons). We decided that because we couldn't go out, we would invade (envahir) one of our mother's closets which housed all kinds of wigs (perruques), masks and piles of outdated Halloween costumes. Needless to say, mother had gone out for her own tricks and treats. Our plan was simple: we would disguise (déguiser) ourselves and trick or treat our brother. We dressed ourselves up, went out the back door, ran around the house only to appear at the front door bell in new outfits each time. We did this for an hour or two until the maid put him to bed.

At the end we were in hysterics. I think it was the last time I ever had fun with my sister. Poor (pauvre) brother, never did figure out what was going on.

Which reminds me, an old friend of mine was in New York for Halloween a few years back. He found himself at a party in tribeca dressed up in a witch's outfit with a pointed hat and all. Inevitably (inévitablement), he went the whole nine yards (nuit blanche). After a night of cocaine and drinking, he had to make it back to where he was staying at 8 in the morning. As he walked home past everyone else going to work, he couldn't quite make out his own reflection in the large storefront windows (vitrines) as he moved uptown. He wouldn't see a large man in a long black dress ripped in places, a face streaked with black mascara, wearing no shoes.