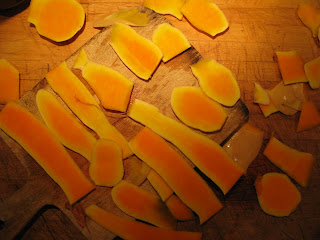 Rolland delivers a box of organically grown (biologique) vegetables each tuesday to my door. Pretty good when you think about it. Some people say he's too expensive (trop cher) but I'm not sure when one factors in the time and expense of traveling to shop. Actually his biggest critic is his ex-girlfriend (!) so these observations it should be taken with a grain of salt.

The news is wild tonight with the decision by Obama to attend the conference on global warming in Denmark next week. Tonight, on Yann Arthus-Bertrand's "VU DU CIEL" a long documentary about the eventual demise of our oil resources which was a bit depressing, if not alarming, what can one do? Many things of course (bien sûr), but do we do them?

There were some wonderful moments nonetheless (néanmoins), a few great characters with even greater ideas for solutions.

-An American who installs electric panels (panneaux solaire) in tiny communes in Africa in order that they can water gardens and have small lights in their homes and schools. His name is Robert Freling.

-Another American who travels everywhere in his bus which runs (qui marche) on diesel fuel made from used cooking oil. His name is Josh Tickell.

-French designer Philippe Stark who expounded upon the beauty of plastic.

-Al Gore, just for his presence I think.

Meanwhile, in my studio I try to simply focus on my paintings which is already hard enough. 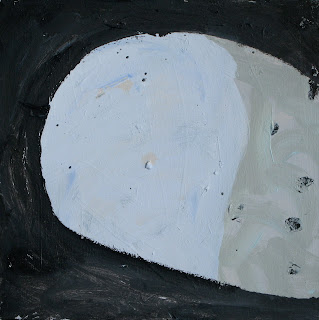